Iran responds to US sanctions with a ‘budget of resistance’ 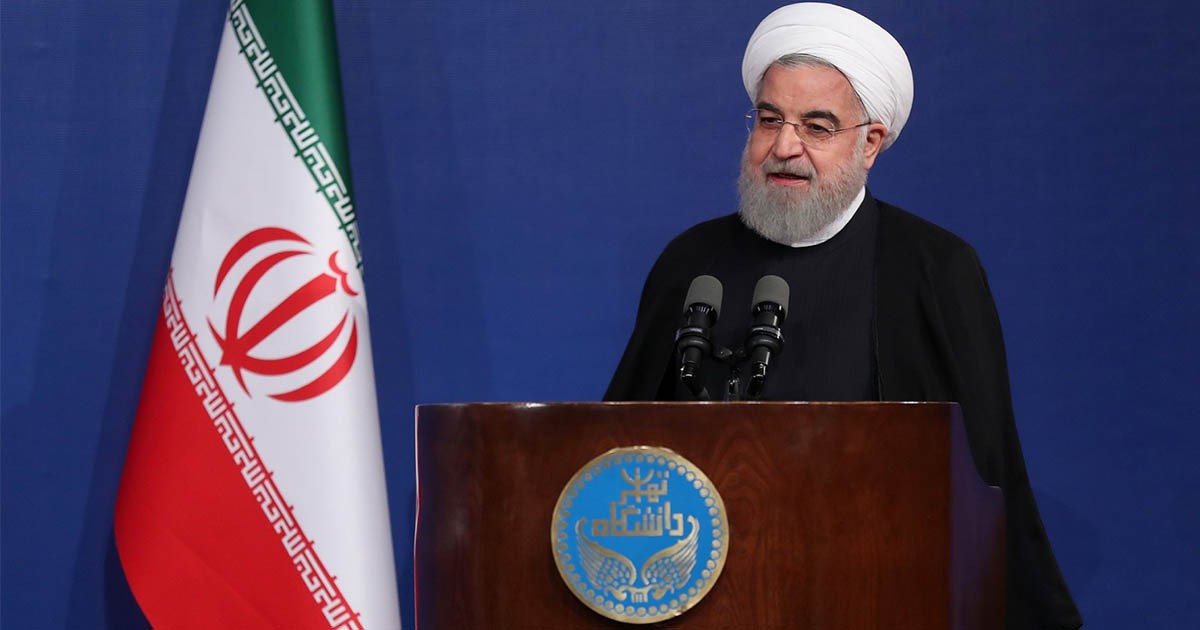 After unilaterally withdrawing from a 2015 nuclear deal between Iran and world powers in May last year, the US began imposing sanctions on Tehran, including on oil exports, which it aims to squeeze to zero in a campaign of “maximum pressure”.

Iran has suffered a sharp economic downturn, with a plummeting currency sending inflation skyrocketing. Rouhani told parliament that the budget of 4,845 trillion rials, or $36 billion at the current street rate, was devised to help Iran’s people overcome difficulty.

London-based human rights group Amnesty International said at least 208 people were killed in the crackdown. Iran has dismissed such figures as “utter lies”

“We know that under the situation of sanctions and pressure, people are in hardship. We know people’s purchasing power has declined,” he said. The budget would benefit from a $5 billion “investment” from Russia which was still being finalised, said Rouhani.

“We hope that $5 billion in capital will enter the country, either through plans that have already been finalised or which will be finalised next year,” he said. Iran and Russia have strengthened ties in recent years, with both backing President Bashar al-Assad in Syria’s civil war.

Rouhani told lawmakers the budget, which includes a 15-percent public sector wage hike, “is a budget of resistance and perseverance against sanctions”.

He said the fiscal plan came in response to the “maximum pressure and continuation of America’s sanctions” and vowed it would signal “to the world that, despite sanctions, we will manage the country, especially in terms of oil”.

Iran, a founding member of the Organization of the Petroleum Exporting Countries, sits on the world’s fourth-biggest oil reserves and second-largest gas reserves. Rouhani said that despite the US sanctions, his government expected to earn almost 455 trillion rials ($3.4 billion) from oil exports.

Iran’s president says his country will depend less on oil revenue next year, in a new budget that is designed to resist crippling U.S. trade embargoes. https://t.co/HblYelR35T

But he also said Iran’s non-oil economy would “be positive” in the next year. “Our exports, our imports, the transfer of money, our foreign exchange encounter a lot of problems,” he said.

“We all know that we encounter problems in exporting oil. Yet at the same time, we endeavour to reduce the difficulty of people’s livelihood.

“Contrary to what the Americans thought, that with the pressure of sanctions our country’s economy would encounter problems, thank God we have chosen the correct path… and we are moving forward.”

The budget announcement comes after petrol price hikes and rationing in mid-November sparked demonstrations across Iran that turned violent before being quelled by security forces amid an internet blackout.

Iran has yet to give an overall death toll for the unrest in which petrol pumps and police stations were torched and shops looted.

London-based human rights group Amnesty International said at least 208 people were killed in the crackdown. Iran has dismissed such figures as “utter lies”.

Rouhani told lawmakers the budget, which includes a 15-percent public sector wage hike, “is a budget of resistance and perseverance against sanctions”

US President Donald Trump began applying punitive measures in 2018, after withdrawing from an accord that gave Iran relief from sanctions in return for limits on its nuclear programme.

Iran’s economy has been battered, with the International Monetary Fund forecasting it will contract by 9.5 percent this year. The sharp downturn has seen the rial nose-dive and inflation run at around 35 percent.

The IMF’s figures show Iran’s crude oil exports running at below 600,000 barrels per day this year, down over 70 percent compared to 2016, the year after the nuclear deal came into force.

In his speech, Rouhani only touched on a few areas of the budget for the financial year starting late March 2020, which must be scrutinised and voted on by parliament. “All our efforts are geared towards reducing these hardships to some extent so it can be more tolerable,” he said.

News Desk - 29 May 2021
Following the complaint, Prime Minister Imran Khan took notice of overseas Pakistanis’ complaints on the Pakistan Citizen Portal and directed for initiation of proceedings against the respondent in the Islamabad Land Revenue.

British PM Boris Johnson apologizes for anti-Islam remarks in past

Is Pakistan as extremist as portrayed by western media?