Both Iran and the US were on a verge of the war "apparently" but experts say there was never going to be war. Both parties were calculated and things de-escalated quickly. But, if there was a war, how would it affect the region? 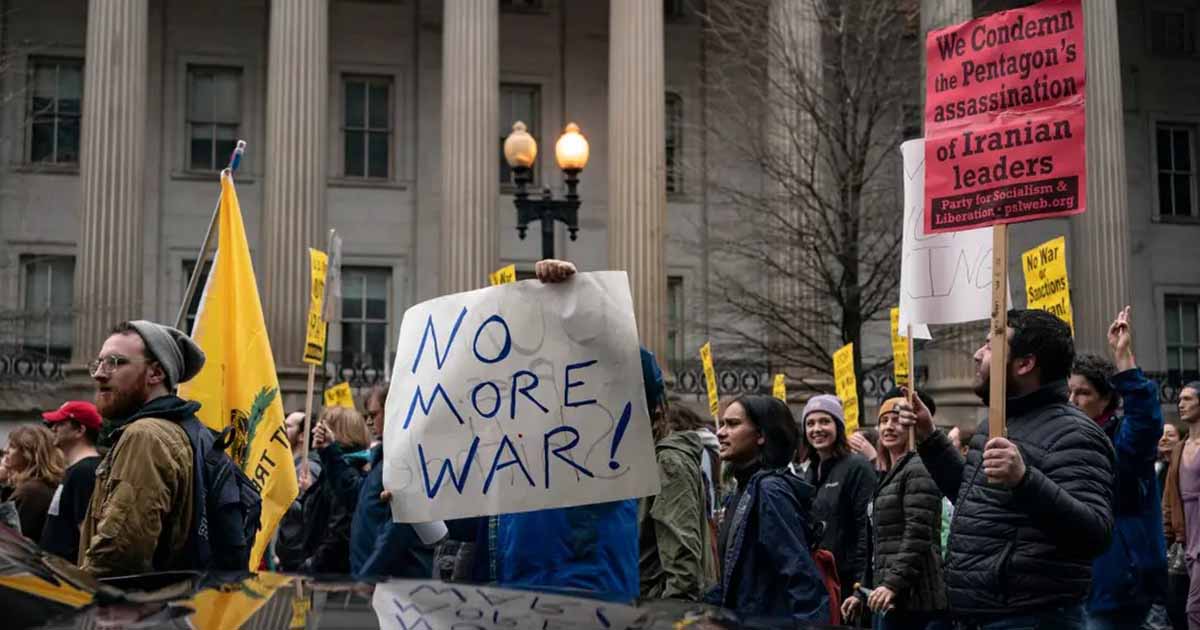 Once Mario Cuomo said, “You campaign in poetry but you govern in prose”. Recently, Iran shot down a Ukrainian airplane with a missile in skepticism and sought apologies of the blunder by saying that it was unintentional although Western media and especially Canada indicated Iran being at fault. New suspicions have aroused about Iran’s command and control process. Tensions between Iran and America are not a new thing specifically after JCPOA but the recent escalation triggered its reverberating revival.

Iran is considered a very important country for its geopolitical positioning. China has the intention of investing $400b in Iran. Iran also has very strong bonding with Russia and other central Asian countries.

How can Iran be cornered and downplayed??

There was no such thing as the idea of war at the beginning of recent escalation between America and Iran. Iran’s leadership is astute. They neither wanted to collide against the wall nor they had to make a direct assault on America or would provide the US with the pretension of triggering blanket bombing by the American air force in Iran. International laws and human rights are being violated.

Iran’s purpose is to oust Americans from Iraq and the region and they had already said it. They would be more watchful to harm America at a suitable time and place

The wars which Iran has fought or the wars in which Qasem Soleimani was general that were all indirect wars like; the guerrilla warfare whether it is in Lebanon, Syria, Yemen, Iraq or in other regions. The most prominent example is the Taliban in Afghanistan. They don’t attack Americans directly but they usually hit or target them at their weaker points.

The classic definition of guerrilla war by Chairman Mao was narrated as when the enemy advances we step back when the enemy stops we tease him, and when the enemy retrieves we attack him but if someone thinks that the response would be only the 22 missiles fired then it is not correct.

But, it is a longterm and dangerous process & it would be more calculated. Their purpose is to oust Americans from Iraq and the region and they had already said it. They would be more watchful to harm America at a suitable time and place. However, Iran does not compromise on its sovereignty and also their ideological bonding is too strong. United States’ (US) biased steps promoted radicalization and it also triggered hatred against America and ultimately this fire spread all over the region. Further, this will more activate the Iranian proxies.

Read more: US restricts its support for Regime change in Iran: What happened?

Moreover, it must not be forgotten that Iran is not only the world’s fifth-biggest petroleum producer and 12th biggest exporter, it also has the world’s fourth-largest stock of proven crude oil reserves. Iran has also raised stakes in the US showdown with a threat to close Strait of Hormuz through which one-third of world’s traded oil supplies pass through, located between the Gulf of Oman and the Persian Gulf.

Though America had already started heavy military buildup in the Persian Gulf. Soleimani was practically the defense minister and second most important person after Ayatollah Khamenei in Iran. Thus, it must not be neglected that Iran is the epicenter of the Shia sect in the world and is officially a Shia state and the bonding of its community is far too strong.

The tragic death of Soleimani would not stop Iran and it has already prepared its nation. American President’s speech after Soleimani killing was also seen as more cautious denoted by restrained body language postures. In addition, US allies in the Middle East started giving theirs on explanations.

Iran knows its own capacity. Moreover, the challenge is that Iran, Russia, and China have to play their own role to minimize the American influence in this region of South Asia but it all depends upon time. There are no chances of war and referred to World War Three only means it, when it includes most of the countries of the world in the condition of a major conflict or Armageddon.

The other is that Iran and America will not even fight one to one and this war would be possible only through proxies. There are American proxies in the Middle East and there are American interests in the Middle East. Iran’s proxies are also present in the Middle East outside Iran and through them, there will be a proxy war but no direct war can be predicted because the consequences are known to both the countries. Besides this, resistance and opposition exist on both sides but still, rational thinking has appeared from both sides owing to which situation has diffused but the threat still persists.

In the last twenty years, Iran and the US have worked mutually on different fronts and American President Donald Trump does not want American troops in Iraq and Afghanistan more. He wants to oust and Iran is actually helping America to leave Iraq but as far as general Qassem Soleimani killing is concerned it was a big target. But, the response of Iran is proportionate or not, it will be determined by time because the truth or reality will become obvious by time as things in immediate times only seems vague. But Pakistan has to maintain its unbiasedness and it is better than logical approach prevails at both sides.

Read more: How the Iranian attack on US’ ‘Ain al Asad’ base in Iraq unfolded

Western media is deliberately ignoring the consequences of Iran-US war and the liability is shifted to western media and American establishment in particular.

Relations of Iran with Pakistan have passed through difficult times of history including the cross border skirmishes and recent development of Chahbhar port by India in comparison to Gwadar port. According to Pakistan’s state stance, Pakistan will not become the part of the US-Iran conflict which is a suitable decision because the past experiences Of Soviet Union breakdown and war on terror participation’s Of Pakistan only resulted in gigantic losses.

America needs Pakistan more to counter Afghanistan as well as Iran equally. In the Middle East, Pakistan is called an orphan but in recent escalation, the repetitive contacts of US Secretary Of States Mike Pompeo with General Bajwa also highlighted Pakistan’s importance. Pakistan should have now hyperactive foreign diplomacy and Foreign Minister Shah Mahmood Qureshi is doing a good job. Short term monetary benefits must not be fantasized. For-bye, national interests must not be overlooked, at last.

Dr. Zeeshan Khan is an Alumni of LUMS and a medical doctor by profession, a freelance writer, and a certified trainer. He is a motivational speaker, Cultural-cum-Political Analyst who has written for a number of English and Urdu dailies. The views expressed in this article are author’s own and do not necessarily reflect the editorial policy of Global Village Space.