Iran decided to disregard JCPOA (Nuclear Deal) when America pulled out of deal. Iran says all can be reversed in hours if America stops its aggression. But how serious are the breaches done by Iran? 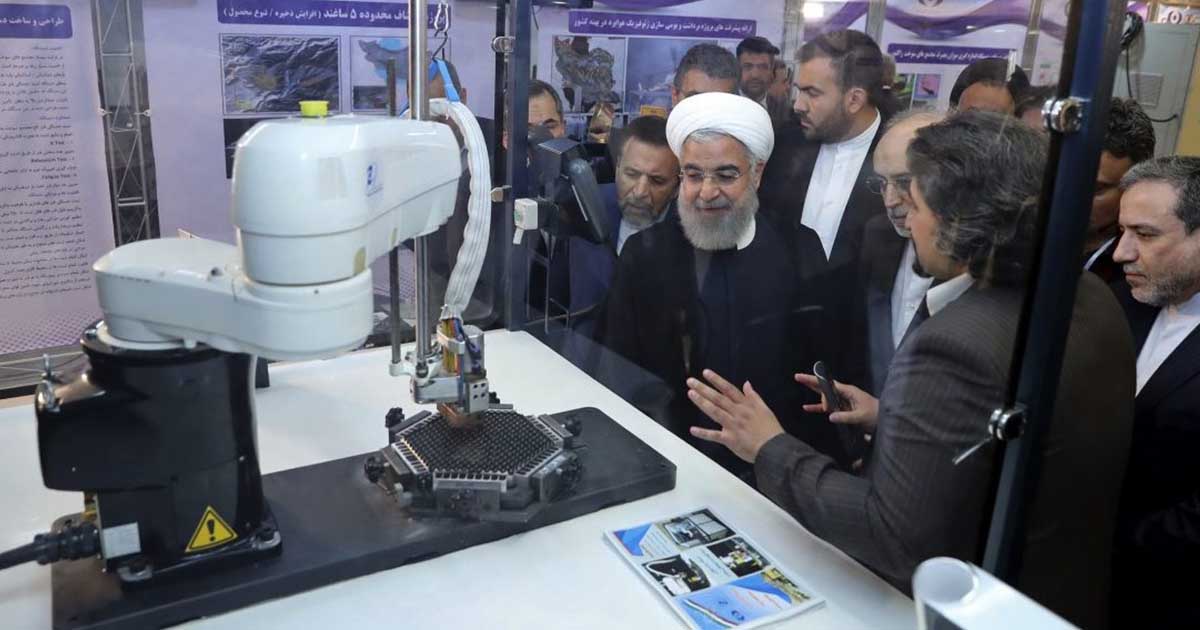 Attention is once again focused on how close Iran could be to a nuclear weapon, as Tehran is set Sunday to start enriching uranium to a higher level than agreed in a 2015 nuclear deal abandoned by the US.

The move comes days after it was confirmed that the country has also exceeded the deal’s limit on its stockpile of enriched uranium.

What does Stockpile Limit Breach mean?

Iran’s breach of its stockpile limit currently does not mean a great deal in terms of any potential nuclear weapons development.

While Iran has always insisted its nuclear program is peaceful, the 2015 Joint Comprehensive Plan of Action (JCPOA) froze the so-called “breakout time” Tehran needs to produce enough fissile material to make an atom bomb to one year.

Iran has also said it will resume building a heavy water reactor in Arak in central Iran, a project that had been mothballed under the JCPOA.

The UN nuclear watchdog, the International Atomic Energy Agency (IAEA), confirmed Tehran’s claim Monday that it had exceeded the uranium limit by just over two kilograms.

Iran has just issued a New Warning. Rouhani says that they will Enrich Uranium to “any amount we want” if there is no new Nuclear Deal. Be careful with the threats, Iran. They can come back to bite you like nobody has been bitten before!

The limit for enriched uranium stockpiles in the JCPOA is 300kg, and experts say Iran would need several times this amount before it would be able to even start obtaining the material for a bomb.

What about the Enrichment Level?

Under the JCPOA, Iran is only meant to enrich uranium to the level of 3.67 percent – sufficient for power generation but far below the more than 90-percent level required for a nuclear warhead.

Former IAEA inspector Robert Kelley says that once the 3.67-percent cap is breached, enriching to higher purities becomes much easier because most of the effort is spent at the beginning of the process.

According to Olli Heinonen, the IAEA’s former head of safeguards, Iran could offer several justifications for enriching to levels beyond 3.67 percent, including supplying its research reactor in Tehran or producing medical isotopes.

What about the Arak Reactor?

Iran has also said it will resume building a heavy water reactor in Arak in central Iran, a project that had been mothballed under the JCPOA.

Starting today, Iran does not keep its enriched uranium and produced heavy water limited. The EU/E3+2 will face Iran's further actions if they can not fulfill their obligations within the next 60 days and secure Iran's interests. Win-Win conditions will be accepted.

In theory, once operational, it would eventually be capable of producing plutonium, the alternative to uranium for a nuclear weapon.

If the IR-2Ms were redeployed, they could bring the time needed for enriching weapons-grade uranium down to seven months, according to Albright.

David Albright from the Institute for Science and International Security think thank says such an action “would be very serious and a major impetus for the E3 (the European parties to the JCPOA) to snap back sanctions, but it would take Iran several years to finish the reactor and produce plutonium.”

🇩🇪🇫🇷🇬🇧🇪🇺 Statement on Iran breaking the JCPoA stockpile limit for low enriched uranium. We urge Iran to reverse this step and refrain from further measures. Will determine next steps in close coordination with other JCPoA participants.https://t.co/wLLW3YOGZx pic.twitter.com/N3t8rSfZnT

Iran has stressed that all the breaches announced so far could be reversed “in hours” if the other parties to the nuclear deal make good on their side of the bargain – relief from sanctions.

Which Moves would cause more Alarm?

A key factor is whether Iran moves to ramp up centrifuge installation, particularly of more advanced models such as the IR-2M. More than 1,000 of these were removed from Natanz and put into storage under the JCPOA.

Prior to the deal, Iran had around 20,000 centrifuges of various kinds and amassed some 8,000kg of low-enriched uranium. If the IR-2Ms were redeployed, they could bring the time needed for enriching weapons-grade uranium down to seven months, according to Albright.

However, Kelley says the “breakout” concept is misleading if it only focuses on Iran’s stocks of nuclear material.

Read more: Iran is Master of its own: Bypasses uranium limit amid severe sanctions

“You have to go back and say: ‘Where are they in the process of high explosives, machining’,” Kelley says, adding that he believes Iran is currently “deficient” in these areas.

Iran would also have to test and procure various equipment – activities that should be detectable, Kelley said.

Dr. Ikramul Haq - 12 May 2021
While it may be impossible for Pakistan to adopt China's lawfare model completely- given they have a one-party system, learning from their experience, we can follow a roadmap empowering the state to counter corruption successfully through creating a powerful watchdog called 'Pakistan Financial Crime Monitoring Bureau,' to catch what President Xi Jinping calls "tigers and flies" (influential higher-ups as well as lower rank public servants)

Cruise Ship with loads of Corona patients hits US shores

Has the curse of load shedding returned?

Qatar and China partnership: Crucial for both sides