Famous Youtuber, Sahar Tabar, is a new victim of the coronavirus. The star caught the contagion during her imprisonment in Iran. She was arrested last year in October and was charged with blasphemy, inciting violence, gaining income through inappropriate means and encouraging youth to corruption 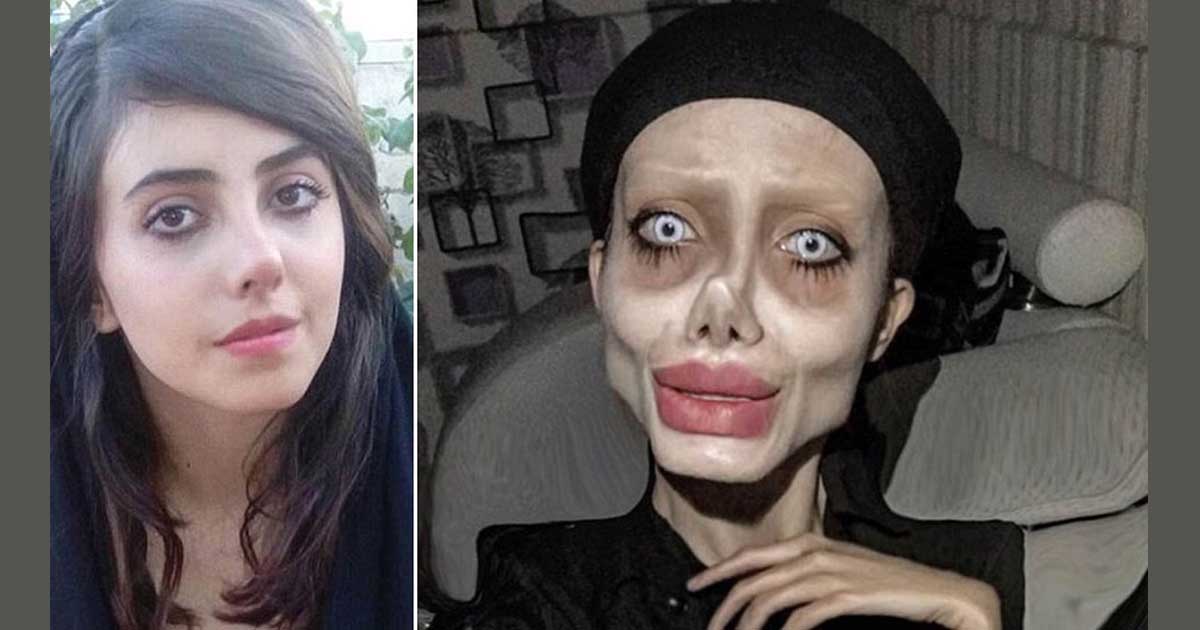 Iranian YouTuber, Sahar Tabar – officially identified as Fatemah Khishvand – has contracted coronavirus. Known for being an Angelina Jolie ‘Zombie’ look alike, she is currently on a ventilator in Iran. Reports say that she became infected in prison, where she is on charges for blasphemous and violent activities on Instagram.

Payam Derafshan published an open letter to the head of Iran’s judiciary, Ebrahim Reisei, in a plea for clemency for his client. “Her arrest warrant was issued in October 2018, at the time she was a minor and I venture to draw your attention to this critical issue that she has contracted coronavirus in jail,” Derafshan wrote in an Instagram post.

Background of the ‘zombie Angelina Jolie’

Hailing from Tehran, the 22-year-old social media star shot to fame in 2017 for her striking similarity to Angelina Jolie. But with her eerily gaunt face, she also resembled a zombie, and soon fans began calling her ‘zombie Angelina Jolie’.

Sahar gained wide recognition in Iran and internationally for her drastic and numerous cosmetic-surgery procedures and unique aesthetic. Reports say that the social-media star has undergone up to 50 surgeries. After the arrest, authorities apparently suspended her official account. However, videos and photos from her surgery still exist on various fan pages.

A narrow, upturned nose, accentuated pout, and sharp, hollow cheekbones distinguish her from the rest. Tabar accentuates her look further with makeup and often dresses in brightly colored clothes and wigs.

Iranians have widely criticized her as altering her features to look like the actress Angelina Jolie, and the titular character from the Tim Burton movie “Corpse Bride”. Back in 2017, she addressed most of the claims made about her in an interview with the Russian news agency, Sputnik. “It is Photoshop and makeup,” she said. “Every time I publish a photo, I make my face more fun. It is my way of self-expression, a kind of art. My followers know that this is not my real face.”

Sahar’s lawyer pleaded for her release once coronavirus spread throughout the country. The request was denied, despite the fact that the virus is rife in Iran’s prisons. Thereafter, Sahar caught the virus and her condition worsened. She is currently on a ventilator.

Talking about Sahar being denied for bail after she contracted the virus, Human Rights lawyer Payam Derafshan said, “It makes no sense to deny this. In fact, the prison’s director should acknowledge the infection and admit she has been hospitalized.”

Derafshan further added that Sahar and other inmates on non-violent charges should also be released because of the outbreak. Currently, the coronavirus has claimed over 4,000 deaths in Iran.

Iran not worried by US ending nuclear waivers

Qassem Soleimani’s assassination: Was it a plan to spread anarchy?