Protests in Iran erupted when the Iranian government, in the port city of Bandar e Mahshahr sped up its crackdown on protestors that was downright, violence. In all this, Iran's most oil-producing city is suffering and consequently, Iran's economy. 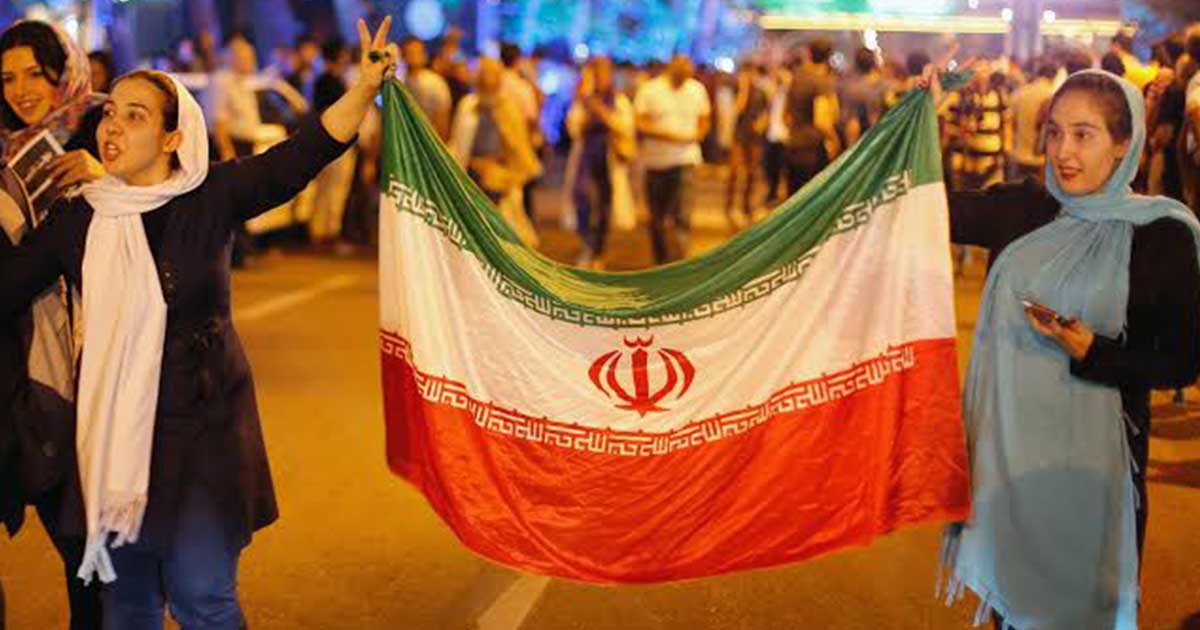 The Iranian port city of Bandar-e-Mahshahr has emerged as the scene of some of the worst violence in Iran’s brutal crackdown on recent anti-government protests.

Located in Iran’s oil-rich Khuzestan province, home to the country’s restive ethnic Arab minority, the protests in Bandar-e-Mahshahr strengthened Iran in its belief that the anti-government outburst was yet another effort to destabilize the Islamic republic by the United States, Saudi Arabia and/or Israel.

Iranian state television reported that security forces had confronted a separatist group in the city that was armed with “semi-heavy” weapons. It claimed the armed rioters had fought with security personnel for hours.

Iranian exiles in contact with family and friends in Bandar-e-Mahshahr said protesters blocked off a road leading from the city, that is home to Iran’s largest petrochemical complex, to the village of Koora.

In contrast to past protests in the province, the protesters chanted slogans against Iranian supreme leader Ayatollah Ali Khamenei and President Hassan Rouhani rather than Arab nationalist phrases.

The Iranian Revolutionary Guard Corps’ 3rd Marine Force Division, based on the outskirts of the city, intervened with armored vehicles after police failed to disperse the protesters. The exiles said the Guards opened fire on protesters trying to escape into nearby marshlands.

An unconfirmed video purportedly documenting the killing of up to 100 people shows armored vehicles driving down a road as multiple rounds are fired and men are heard shouting. “They simply mowed them down,” said one of the exiles who studied in Bandar-e-Mahshahr and has relatives in the city.

In many ways, the protests in Bandar-e-Mahshahr and multiple other Iranian cities fit a global pattern; a specific issue sparks anti-government demonstrations that quickly evolve into a mass movement demanding a complete overhaul of a political system that has failed to cater to the aspirations of major segments of the population.

In Hong Kong the spark was a law that would enable extraditions to mainland China, in Santiago de Chile it was public transportation price hikes and in Iran, it was a surprise increase in petrol prices.

Struggling under the yoke of harsh US economic sanctions imposed after the Trump administration’s unilateral withdrawal in 2018 from the international agreement that curbed Iran’s nuclear program, Iranian leaders failed to recognize that long-standing mismanagement of the economy and widespread corruption was undermining their legitimacy.

The notion of a US-Saudi-Israeli conspiracy to stoke unrest among Iran’s ethnic minorities in a bid to destabilize the regime was reinforced by statements in recent years by American, Saudi and Israeli officials and a series of violent incidents in Khuzestan as well as the Iranian province of Sistan-Baluchistan and Kurdish regions of Iran.

Mr. Mola Nissi was killed as he was preparing to establish a television station backed by Saudi-trained personnel and funding that would target Khuzestan

Ayatollah Khamenei’s insistence that the Iranian protests constituted a ‘dangerous conspiracy’ by the United States was hardly surprising.

The protests erupted after weeks in which demonstrators in Iraq denounced Iranian influence in their country and attacked the Islamic republic’s consulates in Basra and Najaf. Similarly, Lebanon, home to Hezbollah, the Iranian-backed Shiite militia, has been paralyzed for the past two months by anti-sectarian protesters.

The conviction that Iran’s enemies were tightening the noose around its neck may well have some grounding in reality even if the Islamic republic’s most recent regional setbacks, as well as the outburst of deep-seated anger at home, cannot be reduced to foreign conspiracies.

The brutality with which the regime cracked down on protesters as well as its drastic decision to shut down the Internet for four days suggests that Iran has little faith in indications that Saudi Arabia is groping for ways to dial down tension with its arch-rival or Omani efforts to mediate.

It also explains why the squashing of the protests in Bandar-e-Mahshahr may have been particularly harsh.

The Ahvaz National Resistance, an Iranian Arab separatist group, claimed responsibility in September 2018 for an attack on a Revolutionary Guards parade in the Khuzestan capital of Ahwaz in which 29 people were killed and 70 others wounded.

Unidentified gunmen in the Netherlands killed Ahmad Mola Nissi, a leader of the Arab Struggle Movement for the Liberation of Ahvaz (ASMLA), in November 2017.

Shot dead on a street in The Hague, Mr. Mola Nissi died the violent life he was alleged to have lived.

A 52-year-old refugee living in the Netherlands since 2005, Mr. Mola Nissi was believed to have been responsible for attacks in Khuzestan in 2005, 2006 and 2013 on oil facilities, the office of the Khuzestan governor, other government offices, and banks.

Mr. Mola Nissi focussed in his most recent years on media activities and fundraising, at times creating footage of alleged attacks involving gas cylinder explosions to attract Saudi funding, according to Iranian activists.

Despite Khuzestan’s natural resource wealth, its ethnic Arab population, which is believed to constitute a majority in the province, has long complained about the lack of socio-economic development in the region

Mr. Mola Nissi was killed as he was preparing to establish a television station backed by Saudi-trained personnel and funding that would target Khuzestan.

Protests in Khuzestan have focussed in recent years on identity, environmental degradation, and social issues.

International human rights groups have long accused Iran of discriminating against Iranian Arabs even though a majority are Shiite rather than Sunni Muslims. Dozens of protesters were reportedly killed during demonstrations in Ahwaz in 2011 that were inspired by the popular Arab revolts.

“Despite Khuzestan’s natural resource wealth, its ethnic Arab population, which is believed to constitute a majority in the province, has long complained about the lack of socio-economic development in the region. They also allege that the Iranian government has engaged in systematic discrimination against them, particularly in the areas of employment, housing, and civil and political rights,” Human Rights Watch said at the time.

That was in 2011. Like in the rest of Iran, things have only gotten worse in Khuzestan since.

Imran Khan in US: Foreign Aid is a curse on Pakistan