Global Twitter plunges into confusion and fear following Iran's retaliatory attack on the USA's military bases in Iraq. Social media users heavily weighed in on the recent development in the USA and Iran's hostility. Some anticipate that it may spiral into a war others believe that Iran has concluded its revenge & will not expedite tensions with the USA. 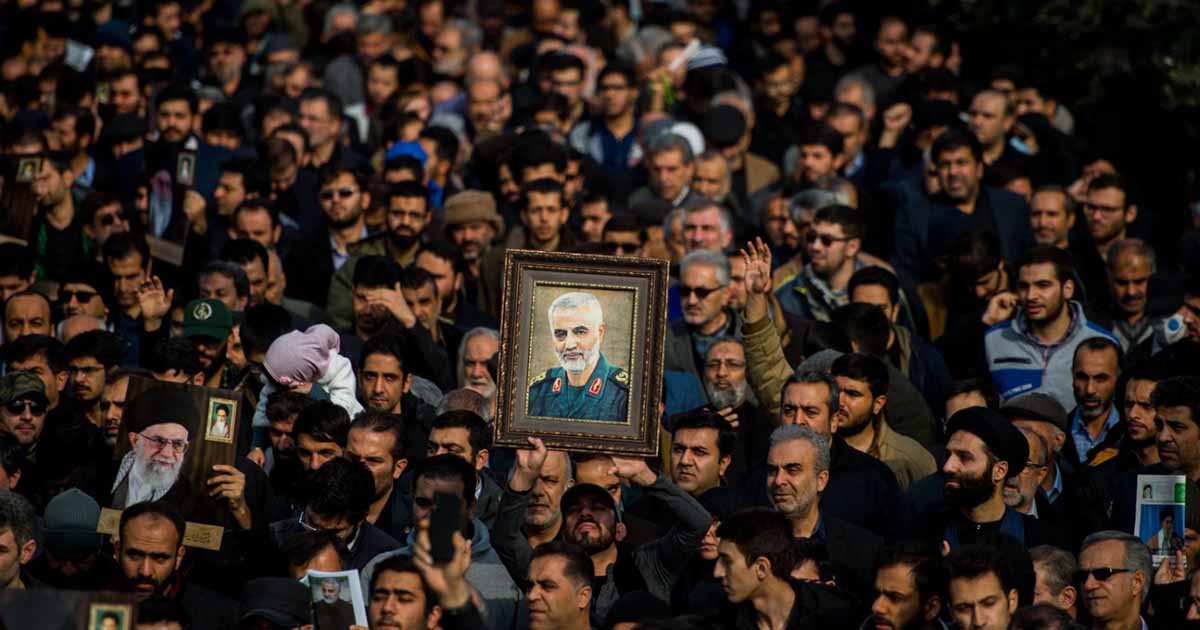 Global Twitter again went into a frenzy after Iran hit two US military bases in Iraq in the wee hours of the Tuesday morning, claiming it a retaliation to USA’s assassination of Iranian military’s top commander General Qassem Soleimani, last week.

Iran launched more than a dozen ballistic missiles against the US military and its coalition forces in Iraq. At least 80 people have died in the attack, asserts Iranian media. However, the USA has challenged these assertions, claims no casualties were reported in the missile attack from Iran.

Iran’s attack on the USA’s military bases left global social media users bewildered since it was anticipated that Iran has retraced to deescalate tensions with the USA in the wake of Soleimani’s assassination.

Reminder to all decision-makers: war is a choice. Escalation is a choice. Leaders and legislators make bad decisions sometimes,they r only human, but some steps can never be rolled back, lives never regained. #IranvsUSA is not an inevitable war. Use diplomacy,not weapons https://t.co/tA9MCzcKwm— SenatorSherryRehman (@sherryrehman) January 8, 2020

The government officials in the USA and Iran had traded threatening messages on Twitter following the incident last week.

Now, social media users fear that an act of revenge from Iran will snowball into a massive large-scale war leading to the destruction of human lives. Calls are made on Twitter for the head of the states of both countries to show restraint.

However, a few analysts in Pakistan claims that the Iran-USA episode military engagements will end here since Iran’s Foreign Minister Jawad Zarif asserted that Iran has ‘concluded’ its revenge and do not seek escalation with the USA. Even, USA President Donald Trump informed that the ‘damages are minimal’ in a tweet after a few hours of the attack.

#Iran will likely de-escalate after missile attack on US based in Iraq as kinetic response is its weakest link. #US ll also likely acknowledge some face saving yet sound tough but seems no one is seeking outright hostilities.

US bases in Iraq have been hit by multiple ballistic missiles….casualties unknown.
Iran claims responsibility & threatens to attack Israel and Dubai if US retaliates…
As said earlier…both sides need a face saving exit without plunging into a full war…..
Let's wait & see.. pic.twitter.com/Yrs1v4fCxy

Iran does NOT want war- Iran has given space for some sanity from Trump- In DC Trump is being reined in- watchful Riyadh seeks no escalation – Moscow & Beijing will always opt for stabilising moves for Asia… https://t.co/4oUG4bIbuD— Nasim Zehra (@NasimZehra) January 8, 2020

Iran has fired more than a dozen rockets at two Iraqi military bases hosting US troops, yet the early hours and pre warnings minimised life loss. Iran's target was proportionate and gives boost to the dejected masses post #Suleimani killing. What next?— Fe'reeha@ abbtakk (@Fereeha) January 8, 2020

Iran just strengthened Trump with this 'symbolic' hit of US troops in Iraq! Trump was facing huge internal criticism over his recent actions/tweets so far on Iran.

The 62-year-old spearheaded Iranian military operation in the Middle East as head of Iran’s elite Quds force. In a press statement, Pentagon confirmed that the USA hit Soleimani on the orders of President Donald Trump to thwart his plans to target the USA.

Read more: Qasem Soleimani: Is US operating under Law of Jungle?

Amid a serious diplomatic crisis between Iran and the USA with unanticipated global consequences, social media cracked up with hilarious memes on World War 3. The global Twitter users mocked that people of Asian countries’ fear for World War 3 after the assassination of Iran’s General Soleimani.

Worldwide Twitter users posted hilarious memes on social media on World War 3. Several social media users are convinced that World War 3 might not take a conventional form of war. But Soleimani’s assassination has serious repercussions for the United States and the rest of the world.

City of Qom: Iranian blend of revolution and modernity

Upcoming elections in Iran: one of the most significant in the regime’s history

With US sanctions intact, China emerges as Iran’s lifeline