Iraq, Saudi face off in bout of football diplomacy 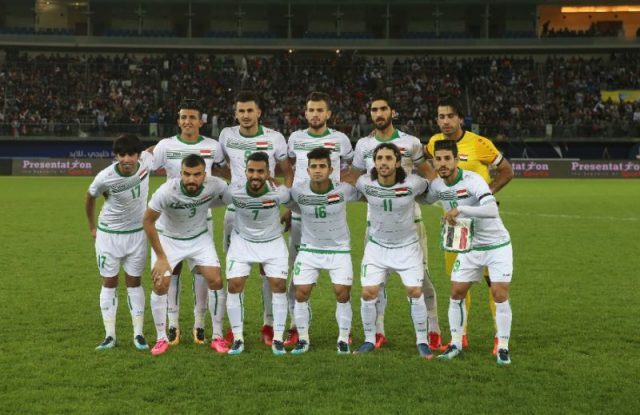 Iraq is hosting a football international against Saudi Arabia on Wednesday for the first time in almost four decades, in a friendly encounter with high diplomatic and political stakes. With its match in the southern city of Basra against the Saudis who have qualified for the 2018 World Cup finals in Russia, Iraq aims to strengthen its case for FIFA to lift its ban on home competitive internationals.

The country has not played full internationals on home turf ever since its 1990 invasion of Kuwait that sparked an international embargo. The ban, covering all but local matches, stayed in place after the US-led invasion of 2003 that toppled dictator Saddam Hussein.

On the FIFA front, Iraq has invited its president, Gianni Infantino, to visit the country, a spokesman for the federation told AFP, but no decision has yet been taken on whether the trip will go ahead.

It was briefly lifted in 2012, but a power outage during an Iraq-Jordan match in the Iraqi Kurdish capital Arbil led world football’s governing body promptly to reinstate it. Iraq in December declared victory over the Islamic State jihadist group following a three-year battle, and FIFA finally relaxed the ban, allowing international friendlies at stadiums in Arbil, Basra and the shrine city of Karbala.

For Saudi Arabia, the match is part of a slow process of boosting diplomatic and economic ties with post-Saddam Iraq, while at the same time countering the influence in the country of its regional rival Iran.

“Politics is present in every domain, and Saudi Arabia has major political weight,” Sports and Youth Minister Abdulhussein Abttan told AFP in an interview. “I hope that this match will inspire other national teams to visit Iraq, which will help support our case for a total lifting of FIFA’s ban on matches in our stadiums,” he said, ahead of a decision the sport’s governing body is expected to take in March.

Iraq is also hosting a four-country tournament in March in Karbala, although Kuwait has pulled out. In another case of political football, Qatar which is locked in a diplomatic standoff with Saudi Arabia and its allies sent a high-profile delegation to Iraq to sign a series of sports accords.

“So now we’re helping Iraq?! Iraq has become important, impressive… ,” an apparently miffed Saudi official quipped on Twitter under a photo of the Qatari federation head.

On the FIFA front, Iraq has invited its president, Gianni Infantino, to visit the country, a spokesman for the federation told AFP, but no decision has yet been taken on whether the trip will go ahead. A visit by Infantino “would be important, only for symbolic reasons,” said James Dorsey, a specialist in Middle East football and politics.

“The key is does FIFA lift the ban or not, because the world soccer body by lifting the ban says Iraq is a safe place to go. “It’s clearly very important for the Iraqis, post territorial defeat of IS, to be projected as a country where there is security,” said the senior fellow at Singapore’s S. Rajaratnam School of International Studies. For Bassem Qassem, the national team coach, the match in Basra will be “more protocol than technical for us, but its impact on Iraqi football will be enormous”.

PM House to be converted into Institute of Higher Learning