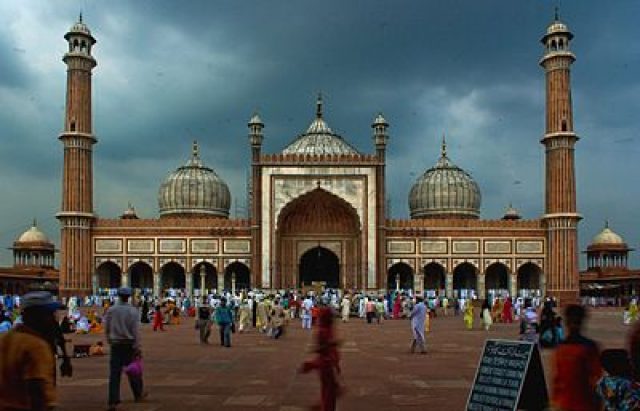 Islamabad was bracing Sunday for a possible military response to anti-blasphemy protests by Tehreek-e-Labbaik Ya Rasool Allah (TLYR) that have already claimed at least half a dozen lives. The ongoing chaos has unleashed a row of questions arising from the buildup to the current crisis.

An Interior Ministry order said the federal government had authorized the deployment of “sufficient troops” to “control law and order” in the capital until further notice. By daylight, on Sunday there was no official military response and no sign of armored vehicles or soldiers on the streets. Police and paramilitary forces pulled back from an operation to break up a huge sit-in that had crippled Islamabad for weeks after their clearance operation on Saturday turned deadly.

Security forces fired tear gas and rubber bullets at the demonstrators but were met by stubborn resistance by protesters who blocked roads and torched vehicles around the site of the sit-in. There are many who fear that the current crisis could result in a bloodbath like the Red Mosque siege of 2007.

Yet there are some who are drawing more parallels between the two incidents. There are assertions that the red mosque siege was a ploy by the then military ruler Pervez Musharraf to show his “significance’ to the West and the current imbroglio is being used similarly by the embattled PML-N.

Analysts point out that in November 2016 the government decided that it would not let any protest or rally in Islamabad. This decision was manifested in the brutal response to the PTI Islamabad lockdown call. Public memory remembers how the processions of Punjab and Khyber Pakhtunkhwa were stopped by police and containers. Pervez Khattak’s convoy stayed on the motorway all night battling the Punjab police before ultimately Imran Khan gave them orders to go back.

Some contend that it was the abuse of state power, but nevertheless, it was very effective. Yet the same response was found lacking in the current crisis. Three weeks ago, Maulana Khadim Hussain Rizvi announced several demands, including the resignation of Minister Zaid Hamid who is alleged to be behind the edition of the finality of Prophethood clause.

There are those who point out the divide between the response to the peaceful protests of the PTI and the more fanatical demonstrators of the TLYR. However, government circles claim that it is much easier to use force against political protests rather than religious ones.

There are others who point out to a larger conspiracy. When the PML-N inherited the Mumtaz Qadri case from the PPP, it was caught in a quandary about what to do. However, in the end, the “heir apparent” Mariam Nawaz prevailed on her father to have Qadri hanged in order to save the lobbying by Pakistani liberal circles in the West.

Qadri was sentenced to death and his date of execution was fixed on 29 February in order to negate any annual celebrations. However, subsequent events seemed to point out a duplicitous game by the PML-N. While the media was banned from giving coverage to the killer’s funeral his supporting firebrand clerics were given free rein in the garrison city. A repeat performance was given on the 40th day of Qadri’s death with the current TLYR leadership attempting a protest in D Chowk Islamabad but ultimately had to return unsuccessful.

In the end, Mumtaz Qadri got executed by Pakistan which strengthened Nawaz’s image as a liberal in the West. A large number of people involved in the killer’s funeral was used to show to the West a need for moderate leaders against religious extremism in its society.

This inaction opened the hands of the TLYR who came into the field by hijacking the cause of the finality of Prophethood. They, in turn, found support from within the PML-N by the likes of Federal Minister of religious affairs Pir Hasnat and the royal son-in-law Captain (retd) Safdar.

Yet the project was still not finished. Fast forward to 2016 where a change of guard in the Army high command was taking place. Baton was passed on to General Bajwa. The PML-N decided to make the appointment of the new chief an opportunity rather than a threat to themselves. As General Bajwa became COAS, the senator Prof. Sajid Mir suddenly claimed that he was an Ahmadi. A furor followed after which the senator apologized for his allegations. Sajid Mir is the head of the Jamiat-e-Ahl-e-Hadis, a PML-N ally who acts as a de facto “religious wing”.

Fast forward, after the disqualification of Nawaz Sharif, the issues of the “Ahmedis” again came to the fore. First, a suspicious alteration was made in the election clause stoking the wrath of anti-Ahmadi Barelvi extremists. Despite a committee finding that the alteration was not a “clerical error” as asserted before no action was taken against the culprits.

This inaction opened the hands of the TLYR who came into the field by hijacking the cause of the finality of Prophethood. They, in turn, found support from within the PML-N by the likes of Federal Minister of religious affairs Pir Hasnat and the royal son-in-law Captain (retd) Safdar.

Now, in the aftermath of the Faizabad debacle, the federal government is trying to pass the buck to both the Supreme Court and the Army. Through this, the PML-N tries to kill two birds with a single stone: emerge spotless in the domestic political arena and strengthen their image as a liberal moderate force in the eyes of the West.

NAB against all odds: Zardari planning on taking over?

Is PTI afraid of Reham Khan?