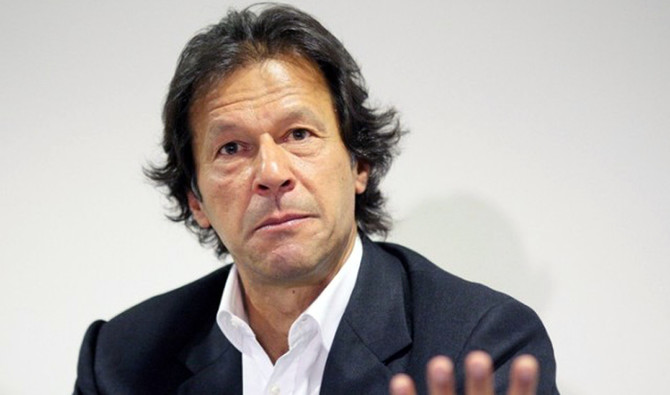 In a world driven by technology, change is the only permanent feature. The government of Pakistan Tehreek-e-Insaf (PTI) under the leadership of Kaptaan is currently bracing for change. It is certainly a big mess. As a nation, we have been regressing for the last forty years (1977 to 2017). Zia’s dark ages are finally coming to an end. Major reforms not balancing acts are needed. Recently the Ex-Prime Minister said that ‘we were able to maintain Rupee-Dollar Parity’, the question is at what cost?

Without an effective transition strategy, there can be no meaningful change. Status-quo is so entrenched that ill-planned, half-hearted attempts cannot produce the desired results. It is ‘how,’ not ‘what’ that is missing. Honesty and good intentions are not enough to drive change, there has to be a strategy and framework together with an effective team and roadmap. In chemistry, there is a concept of activation energy and entropy on the basis of which a chemical reaction can be predicted and then taken to completion.

People of Pakistan are a victim of unaccountable executive authority. The country after 71 years of its existence is governed through retrogressive colonial administrative machinery that was never designed to serve.

In the seventies, it was Bhutto while today it is Imran Khan who is pushing for change. It was then termed as “Awami Hakumat”, today the term “Naya Pakistan” is being used. The main difference is the homework; Bhutto had been a federal minister for over a decade, he understood the internal working of the government. He could effectively handle the files and the paperwork on the basis of which the administrative machinery is run.

Recently the Chairman of the National Accountability Bureau (NAB) stated that if corruption results in the death penalty then the country would lose half of its population. Personally, I think it would have far-reaching consequences; the entire system would come to a grinding halt. Corruption has become an integral part of our system, there has to be a transitional strategy to come out of this mess otherwise the menace would continue.

With their long stints in power, the government of PML-N has destroyed property records of the old city of Lahore. Now the Board of Revenue (BOR) has to verify property documents before any transactions can take place. It is an uphill task for which an effective strategy is required. After restoration and rehabilitation of property records its preservation and storage has to be ensured to avoid corruption and litigation in the future. Currently, the entire process is stalled.

The city of Lahore once had an efficient public transport system. Lahore Omni Bus Service (LOS) covered the entire length and breadth of the city. There were special buses for schools to facilitate the students. For inter-city connectivity, the area was covered by Government Transport Service (GTS) which was headquartered in the Transport House across the street from Faletti’s Hotel. Instead of improving the network it was abruptly shut down with no alternate plans. Despite spending billions on the Metro Bus and Orange Train the city of Lahore does not have a functional public transport system today.

The 56 public sector companies that were formed in place of devolution are now being investigated for corruption. The present government is in the process of amending the law again for effective devolution.

PTI is in power at the center and in two provinces. As a party of change, it has to develop a transitional strategy to avoid confusion and mishaps. It was the first political outfit to have think tanks and shadow cabinet for a smooth transition from status-quo to the new order. On December 10, 2018, Kaptaan conducted a marathon session to review the performance of his cabinet.

It is indeed a good beginning for a country that is engulfed with executive abuse. On May 31, 2010, a similar activity was carried out for the shadow cabinet. Both the Chairman and Secretary General of the party carried out this review. Performance against eight objectives was presented and reviewed, now he is dealing with a different set of ministers, however, some names are common between the two cabinets (Dr. Shirin Mazari, Sadaqat Abbassi, Naeem-ul-Haq ).

People of Pakistan are a victim of unaccountable executive authority. The country after 71 years of its existence is governed through retrogressive colonial administrative machinery that was never designed to serve. Dismantling of the outer walls of the Governor’s House Lahore has become a challenge for the provincial government headed by the Chief Minister (CM) Usman Buzdar. The Mall Road of Lahore is a historic thoroughfare which is governed by several protective laws which have to be understood and dealt with. Over two centuries of colonialism cannot be dismantled by hammers and chisels alone.

Devolution of power is another big challenge faced by the nation. Dictators tried but failed. Musharraf’s National Reconstruction Bureau (NRB) was the last serious effort that was launched without a transition strategy. I personally had the opportunity to interact with the over-ambitious and underprepared Chairman.

Despite my serious reservations, the program was launched resulting in mass confusion and mismanagement. Punjab was the first province to revert back to the old system by restoring the offices of the commissioners and their deputies. The elected Mayors have been rendered powerless again.

The 56 public sector companies that were formed in place of devolution are now being investigated for corruption. The present government is in the process of amending the law again for effective devolution. There is a relevant Punjabi saying: ‘Khuti Rahe Bor Thalay’ (The donkey remained under the tree).

Previous articleStarbucks’ expansion runs out of steam in S.Africa
Next articleWhat is the future of Nawaz Sharif?

24 July 2021
Previous articleStarbucks’ expansion runs out of steam in S.Africa
Next articleWhat is the future of Nawaz Sharif?

Is Usman Buzdar trying to be more Powerful?