Is it time for Israel-Pakistan potential talks? – Jan Achakzai 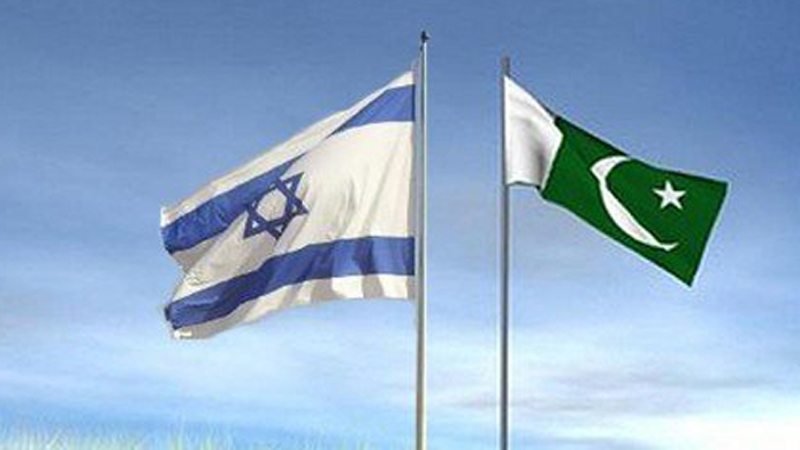 Israeli Prime Minister’s visit to Oman, the tiny Gulf Cooperation Council (GCC) country and meeting the Sultan of Oman, Sayyid Qaboos bin Said Al Said, is unprecedented. Sultan of Oman is a statesman who has played a mediatory role in other hot spots in the past and recently also met a Palestinian leadership.

Earlier, there were rumors that Israeli Prime Minister went to Pakistan which have not been officially acknowledged as Pakistan’s Foreign Office does not comment on media reports.

Definitely, Israeli PM had not gone to Oman on a recreational trip, nor it could be against Iran given Muscat has balanced ties with Tehran while equally friendly with other GCC countries, just like Pakistan enjoying balanced relations with both rivals (I.e., Saudi Arabia and Iran).

Pakistan starts working to bridge gaps and establishing a working relationship with Israel so India does not leverage Tel Aviv against Islamabad.

Israeli PM is keen to find a solution to the Palestinian issue, after all, only a hardline Israeli PM has a genuine chance to make peace with Palestinians. Changing landscape of the Middle East also makes things different for old foes and friends. With Muhammad Bin Salman (called MBS) practically heading the leading country of GCC, Saudi Arabia, a pragmatic leadership is emerging in the Middle East as well.

The larger context is changing: Israel is increasingly expanding its reach to Asia as it focuses on economies of the region following the decline in EU markets and declining US economy relative to Asia.

Asia from China to the Middle East to Iran is attractive for Israel in many ways. It has turned itself into a confluence of big data, AI & biotechnology to connect with other emerging markets; it has developed modern agricultural expertise exporting to Asian/Indian to African farmers and its selling deference and surveillance capabilities.

But should Pakistan and Israel establish some engagement as Tel Aviv is expanding its footprints not only in the Muslim world but also in India?

How much Baloch insurgents (in exile) are keen to court Israelis and get to their intelligence, can be gauged by their desperate attempts from getting membership of Freemasons to planting Op-eds in Israeli papers, to interacting with their diplomats.

Pakistan needs a political will to prepare the nation and take bold initiative on this behalf if it gets a reasonable quid pro quo in bilateral relations with Israel.

Baluchistan is on Israeli radar for many reasons. Baluchistan is in the neighborhood of Iran providing easy access to human intel on Iran through its “Non-conventional intel collectors” comprising mostly ethnic Baloch separatists and some ethnic sub-nationalist Pashtun expatriates; If the next probable Trump administration decides on “Regime Collapse” in Iran strategy, Baluchistan will be zoomed to turn into logistical and intel hub for Israel (not a far-fetched idea as many would believe); and Israel believes Pakistan, as a state and society is anti-Zionist state so, is a peripheral threat to its interests.

Since Pakistan’s many levers on the US are waning, Islamabad’s only bridge to Washington is apparently KSA which only ‘buys’ influence with DC (and may run out of money someday), so is fragile and hostage to whims of the administration’s hawks and may not function according to Islamabad’s liking in managing relations with unpredictable sole superpower.

The major benefit Pakistan can derive from normal relations with Israel is to capitalize Tel Aviv’s leverage with the US, apart from cooperation in defense and trade including IT, AI and agriculture and neutralizing the effects of strong converge between Israel and India.

(Note: Palestinian issue has gone into the background in these regions, though not in Pakistan).

Saudis and other GCC countries have established working relations with Israel as a strong geopolitical reality.

Scenario 2): Pakistan starts working to bridge gaps and establishing a working relationship with Israel so India does not leverage Tel Aviv against Islamabad. Islamabad can go public if it gets some sort of assurance statement on Palestinians.

Pakistan needs a political will to prepare the nation and take bold initiative on this behalf if it gets a reasonable quid pro quo in bilateral relations with Israel.

Jan Achakzai is a geopolitical analyst and a politician. He served as an advisor to previous Balochistan Government on media and strategic communication. He remained associated with BBC World Service in London covering South and West Asia. The views expressed in this article are the author’s own and do not necessarily reflect Global Village Space’s editorial policy.

Breast Cancer: lets say the word and not hide from it!

Investigation on the iconic Roosevelt hotel case launched by NAB