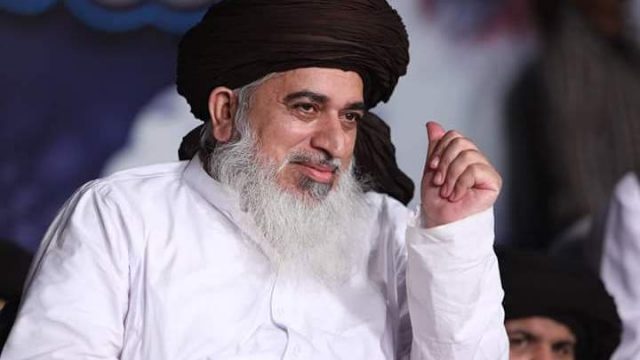 Khadim Hussain Rizvi, chief of Tehreek-i-Labbaik Pakistan (TLP), has threatened to hold nationwide protests if the governments fails to implement what had been agreed during the Faizabad Dharna in 2017.

TLP organized a sit-in in Faizabad to protest against the government’s alleged involvement in modifying Khatm-e-Nabuwat [finality of Prophet-hood] clause in the Elections Bill 2017. The then law minister Zahid Hamid had to resign after the assurance that no Fatwa would be issued against him.

Since the Supreme Court of Pakistan has directed authorities to arrest Khadim Rizvi, he has decided to stage a sit-in in front of Data Darbar in Lahore. The point being made by the leaders of the TLP is that all the commitments made by the government to end Faizabad Dharna should immediately be carried out. Rizvi has also asked the army chief to persuade the government to carry out the conditions of the agreement as the army played a role of mediator to end the Dharna.

Khadim Rizvi found a reason to protest against the sitting government and mobilized people. Narrative established by Khadim Rizvi has gotten sufficient amount of acceptance in religious circles where Rizvi is seeking political support.

In a video message Rizvi and his aides have made it clear that if their demands are not met in due time they will organize a nationwide protest and the government won’t be able to function.

The Inter-Services Intelligence (ISI) submitted a report to the SC during the days of sit in. Justice Mushir Alam and Justice Qazi Faez Isa were hearing the suo motu notice on the disturbance to public life due to the sit-in at Faizabad. In the report, the ISI told the SC that the sit-in was politically motivated and had political interests. “The Tehreek Labbaik Ya Rasool Allah is determined to exploit the situation and gain political mileage to gain support for the next general elections,” said a six-page order issued by a two-judge bench consisting of Justice MushirAlam and Justice Qazi Faez Isa.

“To keep the participants of the sit-in engaged and charged, the leadership of the protesters resorted to delivering provocative speeches,” the ISI report read. But the court showed its disappointment over the report as it did not provide any details of the leaders of the sit-in.

The ISI submitted a comprehensive report to the SC and declared KhadimRizvi as “reportedly corrupt”. Rizvi has also been listed as being “arrogant” with his superiors, “harsh” with his subordinates, and “committed” to his cause. It has also been stated that Rizvi is “reportedly corrupt” particularly when it comes to financial matters. Moreover, it is also a fact, point out the report that he appears to be living within his means. The report further notes that he has shown an inclination towards misuse of power, the authorities, and resources.

The Supreme Court of Pakistan has directed authorities to arrest KhadimRizvi, he has decided to stage a sit-in in front of Data Darbar in Lahore. The point being made by the leaders of the TLP is that all the commitments made by government to endFaizabadDharna should immediately be carried out.

Regarding the strength and organization of the sit-in the report said that “the protesters’ strength at Faizabad varied between 1,500 and 1,800, and locals occasionally joined them, especially on Friday. TLYR sustained the Dharna for 20 days due to generous public support. [There were] rumors of organized logistic support to TLYR activists occupying Faizabad interchange in terms of food.”

The court, however, expressed displeasure over the report and ordered to arrest the firebrand speaker Khadim Rizvi.

Read more: What are Tehreek-e-Labbaik’s chances in 2018 elections?

As a matter of fact, religion is misused in Pakistan for vested political interests by different individuals and various organization working in the name of or for the religion. Khadim Rizvi found a reason to protest against the sitting government and mobilized people. Narrative established by Khadim Rizvi has gotten sufficient amount of acceptance in religious circles where Rizvi is seeking political support.

As the election days are coming nearer Rizvi is tightening his hand over the government to make sure his visibility in political arena. Democracy, however, does not subtribe to politics of faith. Rationality, and particularly collective one, helps democracy get stronger and become sustainable.

Under which law we can send Nawaz abroad: PM Khan