Is lynching the new normal in India? 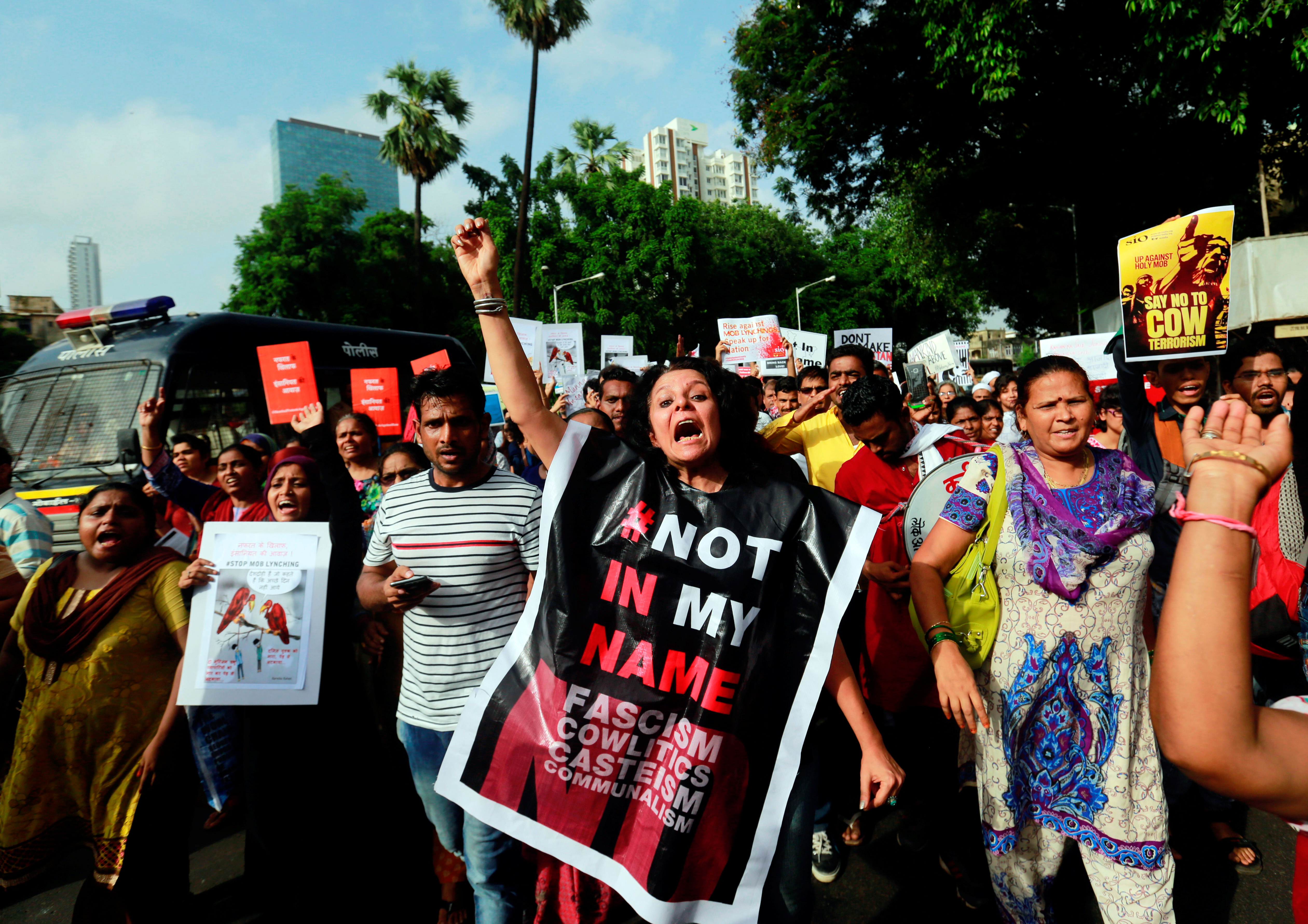 Outraged by the rising number of targeted lynchings against Muslims in India, thousands of people took to the streets in Delhi, Mumbai, Kolkata, Chennai, Bangalore and other major cities India for spontaneous demonstrations under the banner “Not in My Name” on June 28.

The latest incident occurred on June 22, when 15-year-old Junaid Khan was assaulted by an angry mob and stabbed to death on a crowded train as he was returning from Eid shopping, just a few kilometers from New Delhi, India’s capital.

According to media reports, the mob taunted Junaid and his brothers, calling them “mulla”, “beef-eaters” and “anti-nationals”. They grabbed at the boys’ beards and threw their skull caps to the floor. Junaid’s blood-soaked body lay in his brother’s lap for hours, as he screamed for help.

Despite the fact that this happened in front of a packed crowd, the police could find no witnesses who would testify to the incident.

The same day, another lynching was reported in West Bengal’s North Dinajpur district, in which three Muslim men were beaten to death for allegedly stealing cows.

Many BJP-ruled states have tightened cow-protection laws in recent months. In populous Uttar Pradesh state, a new government resolution to crack down on illegal slaughterhouses emboldened some groups to set fire to meat shops.

IIn the last six months, a dozen Muslims have been lynched, always with the pretext of defending “Hindu values”, which, in some interpretations, consider cows sacred.

The violence began in September 2015 when a Muslim ironsmith named Mohammad Akhlaq was brutally killed in front of his family by a mob of cow vigilantes in Dadri’s Bishara village, allegedly for storing beef in his refrigerator.

The violence reached a high point in early 2017. At least 20 “cow-terror attacks” were reported in the first six months of the year, 75% more than the total number of incidents in 2016.

Finally, on June 29, after Junaid’s murder, Indian Prime Minister Narendra Modi broke his long silence on the subject. In a speech given at an Ashram in Ahmadabad, Gujarat, he warned that “killing of people in the name of protecting cows is unacceptable”.

Just hours after his address, another gruesome incident took place. A mob of 100 people lynched a 45-year-old Muslim trader in Ramgarh district of Jharkhand on the suspicion of carrying beef in his car.

Read more: ‘Muslim Women Should be Taken from their Graves and Raped’: Where is Uttar Pradesh Headed Now?

While some welcomed Modi’s remarks, many doubt that they will have any impact on the ground. In August 2016, the prime minister similarly condemned the cow vigilantes who had brutally stripped and flogged a group of Dalit men in Una, Gujrat, for skinning a dead cow. Still, the violence continued unabated.

According to the news data website India Spend, over the past eight years, there have been 63 reported lynchings. A staggering 61 of them took place after Modi’s Bharatiya Janata Party (BJP) assumed power in 2014.

On the campaign trail in 2014, Modi repeatedly condemned the slaughter and sale of cows.

“Do you want to support people who want to bring about a Pink Revolution?” he asked in an April 2, 2014, meeting, referring to the color of raw buffalo meat, and accusing the Congress of promoting cow slaughter and capitalizing on meat exports.

Many BJP-ruled states have tightened cow-protection laws in recent months. In populous Uttar Pradesh state, a new government resolution to crack down on illegal slaughterhouses emboldened some groups to set fire to meat shops.

On March 31 BJP-ruled Gujarat, where citizens will go to polls later this year to choose their state’s chief minister, amended the Animal Preservation Act of 1954 to extend the maximum sentence for cow slaughter from the present seven-year jail term to life imprisonment.

Narendra Modi headed the same state between 2011 and 2014, during which time he proved its commitment to protecting cows by offering a $US150,000 reward for cow vigilantes and instituted a biennial Best Cow Protector award.

It is difficult not to see in the current spate of “Hindu vigilantism” a conscious, sustained and systematic attempt to incite religious feeling in secular, multicultural India.

Raising the bogeyman of cow slaughter is a way of stoking fear about India becoming a Muslim-majority country in which Hindus are portrayed as vulnerable victims.

Police inaction and the slapping of counter-cases against the victims themselves have emboldened cow vigilante groups, which have begun to spring up by the thousand, especially in the northern part of the country and in BJP-ruled states.

All of this has been met mostly with silence. After a humiliating electoral defeat in Uttar Pradesh, the parties that typically draw Muslim votes have been playing a blame-game, trying not to further alienate Hindu voters.

For the BJP, cow protection is a strategic choice. By continuously raising the issue, the party boosts its image as the lone protector of Hindu religion and culture in India. It also deflects attention from the real issues confronting the country, such as farmer suicides, unemployment, economic slowdown, the Kashmir conflict, terrorism and Naxalism (Indian Maoist armed guerrilla group).

Today, anyone who is critical of the Hindutva agenda – a nationalist ideology founded on an essentialist extreme vision of Hinduism – including liberal scholars and members of the media, are subjected to harsh criticism and pressure.

In this climate of suspicion and insecurity, the culture of mob violence thrives.

Amnesty International India has condemned hate crimes against Muslims, but civil society organizations are already under severe strain, confronting a slew of actions against them by the BJP government.

Indian Muslims, for their part, are demoralized by all the violence and the lack of credible leadership from within their own ranks. Muslim clergy is a divided lot, still grappling with the simmering dissent over the controversial so-called instant divorce law.

After Junaid’s murder, Muslim citizens in India wore black armbands to protest during Eid prayer, and many refrained from the traditional shopping for or wearing of new clothes.

The politics of hate against minorities something should concern everyone in India. If the government continues overlooking the issue of lynchings, some fear that angry and frustrated Muslims – especially the young – may fall prey to radicalisation.

This piece was first published in The conversations

Previous articleIraq: No end in sight
Next articleA Syrian “Ceasefire” for whom?

25 September 2021
Previous articleIraq: No end in sight
Next articleA Syrian “Ceasefire” for whom?

A Kashmiri’s experience of living in Delhi

What direction Modi is going to take India?