Pakistan’s most powerful man, Mir Shakil-ur-Rahman, is apparently using international lobbies to pressurize courts to get verdict of his choice. A petition has been filed in the United Nations to get Mr. Mir release from the custody of the NAB. Will Pakistan’s legal system succumb to the international pressure? 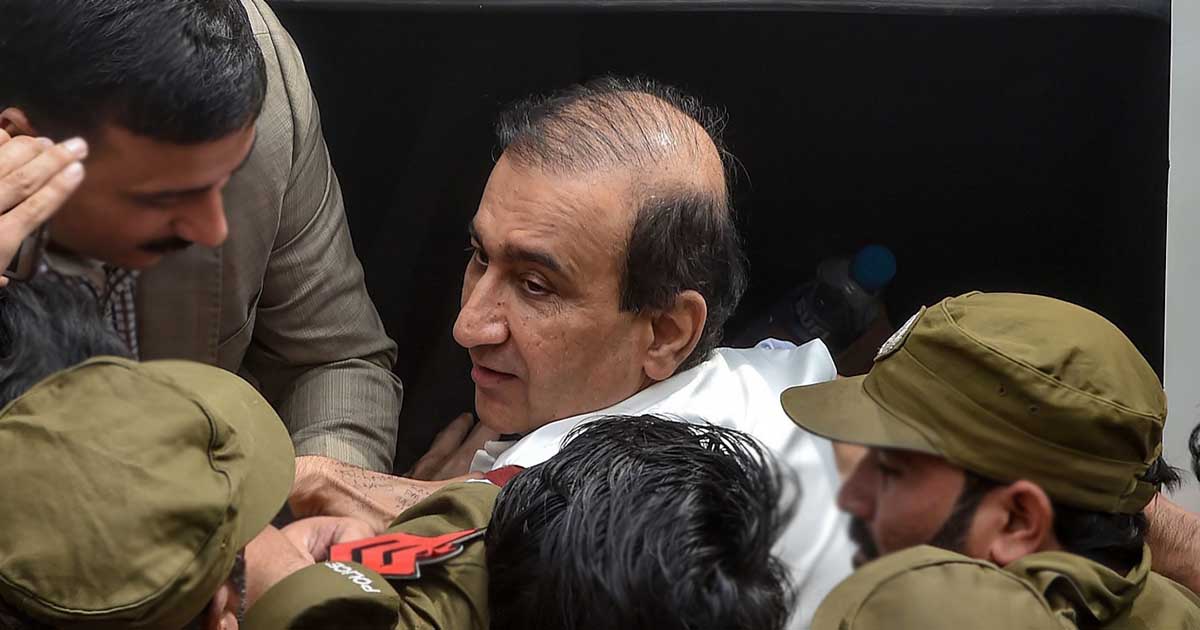 After being unable to pressurize the courts in Pakistan, Jang Geo Media Group Editor-in-Chief Mir Shakil-ur-Rahman is using international organizations to build his case up. According to latest reports,  Barrister Amal Clooney’s law firm, Doughty Street Chambers, has filed a complaint at the United Nations (UN) against the “politically-motivated and arbitrary arrest”  Mir Shakil-ur-Rahman by the National Accountability Bureau (NAB).

The firm, known for its work on international human rights issues, announced on Monday that an urgent appeal has been lodged on MSR’s behalf with the UN Working Group on Arbitrary Detention, and a second appeal made to the UN Special Rapporteur on the Promotion and Protection of the Right to Freedom of Opinion and Expression.

Doughty Street Chambers confirmed that these urgent appeals call on the UN experts to act and ensure that the Prime Minister Imran Khan-led government and NAB comply with their obligations under international law and that MSR be released immediately.

Al-Jazeera says the arrest of MSR by NAB and @ImranKhanPTI govt is a clear attack on free media in Pak in a politically motivated case/dashes hopes of those who had believed in change undr @PTIofficial government & undermines IK's 'change' promises #FreeMirShakilurRehman #FreeMSR pic.twitter.com/cqHUkb9T9X— Murtaza Ali Shah (@MurtazaViews) March 24, 2020

Mir Shakilur Rahman, Editor-in-chief of Geo/Jang Group, was arrested in Lahore by the NAB on March 12. Nawazish Ali, NAB spokesperson say’s media tycoon’s arrest has been in a case pertaining to the clandestine allotment of a 54-kanal piece of land  in 1986 – from the then government of CM Nawaz Sharif.

Read more: Jang group submits its defense on the charge of contempt of court

He is accused of acquiring exemption on 54 plots in Johar Town, Lahore in 1986 during former then Chief Minister Nawaz Sharif’s term. However, sources close to the Prime Minister Imran Khan has revealed that PM is displeased and puzzled due to the sudden arrest of Mir Shakilur Rehman.

The PML-N's Shahid Khaqan Abbasi talking to the media, strongly condemning the arrest of Jang/Geo's Mir Shakil-ur-Rahman and the attack on the media by the PTI government.

In a statement, Marriyum said the PML-N, Jamiat Ulema-e-Islam-Fazl (JUI-F) and Jamaat-e-Islami (JI) collectively filed the petition in public interest.

Interestingly, Pakistan Union of Journalists decided not to support Mir Shakil-ur-Rahman and did not call for protest.

The petition maintains that NAB violated the constitution to arrest the head of the largest media group of the country, adding that Rehman’s arrest has a specific context because he was being constantly pressured to stop criticism of NAB.

It is worth noting that the same media house has been accused of supporting Nawaz Sharif, and opposing the PTI. As a matter of fact, back in 2018, the SC reportedly grilled the Capital Development Authority (CDA) for its inability to regulate property/land. The apex court also emphasized on payment of property regularisation fee during the hearing. The top judge had reportedly distanced himself from those remarks, explaining that the court had been referring to the CDA in the Banigala case, not the government, and issued notices to the publications.

The News and GEO misreported the matter saying “the PTI-led government has no plan and capabilities to run the affairs of the state.” During the yesterday’s hearing Jang Editor Hanif Khalid, who was present in court, was asked by then Chief Justice Saqib Nisar to explain how his remarks were misreported and published, and then debated on television later that night.

The then CJP also reminded the editor of the fact that their reporter did not come to the court. “Your reporter does not even come to court. You want institutions to clash with each other,” the CJP remarked. The top judge, irked by the irresponsible reporting, further asked: “Are we sitting here to harm institutions?” Justice Ijazul Ahsan said: “Why is it only your organization that misreports stories? You report the news wrong and then join your hands in forgiveness the next day.”

The opposition and particularly PML-N took up the matter and criticized the government just after the remarks by the CJP were misreported. The top judge advised the media houses to refrain from indulging in petty politics and malicious campaigns against the sitting government at the cost of greater instability in the country. The representatives of The News and Jang agreed not to publish any news irresponsibly. But as a matter of fact, the misreporting of top judge’s remarks by the Geo exposed the publication and its hidden political agenda.