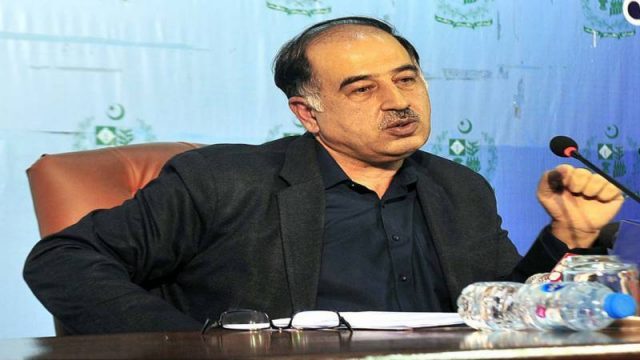 According to media reports the National Accountability Bureau (NAB) on Tuesday rejected the claims of Khyber Pakhtunkhwa (KP) Chief Minister Mehmood Khan in Malam Jabba land leasing case. The watchdog has clarified that it has not given a “clean chit” to Mr. Khan in the said case.

The statement of Mehmood Khan before the joint investigation team (JIT) of KP NAB was unsatisfactory and he could be summoned again anytime in the same case, the NAB has said. It is important to mention here that the KP CM on Monday had said that he had been given a “clean chit” by NAB over allegations of misappropriation of land that was leased out in Malam Jabba, Swat, for the development of ski resorts.

Prime Minister Imran Khan has repeatedly stated that he has given complete autonomy to the watchdog to work against malpractices taking place in the country.

While talking to the media, he claimed that this was his “first and last appearance before NAB” in relation to the case. Mehmood Khan elaborated that he was only summoned given that he served as the KP sports, culture, tourism and museums minister at the time the decision to lease the land occurred. “I was not aware of the lease nor had I signed an order allowing the lease,” he added.

According to the details, it was revealed in January this year that the KP government had leased 275 acres of land in the region instead of the original plan of leasing only 17 acres; five acres for construction of a hotel and 12 acres for a chairlift project. The KP Forest Department owned the lands that were leased out to a private company for a period of 33 years even though original plans mandated a lease for 15 years.

Read more: NAB goes after PPP in Sindh, pledges to be tough on…

This was deemed to be in violations of rules and regulations. The vast tract was allegedly leased despite objections by the KP Ehtesab Commission and the then chief minister’s inspection team. It is worth mentioning here that the NAB is working on various high-profile cases these days which include references against the former Prime Minister Mr. Nawaz Sharif, Pakistan Muslim League-Nawaz (PML-N) president Shahbaz Sharif and former president Asif Ali Zardari.

Prime Minister Imran Khan has repeatedly stated that he has given complete autonomy to the watchdog to work against malpractices taking place in the country. The opposition alleges that the PTI-led government is misusing the NAB against its opponents and attempting to politically victimize them.

Since various leaders of PML-N and PPP are being investigated by the NAB for their alleged misuse of authority, therefore, perception is being created as if the anti-corruption watchdog is only targeting the opposition. Analysts believe that the latest case against the serving KPK CM is demonstrative of NAB’s independence and it reflects that the government is letting the watchdog work without any political influence.

UK govt. called out for silence on Trump’s ‘racist’ remarks