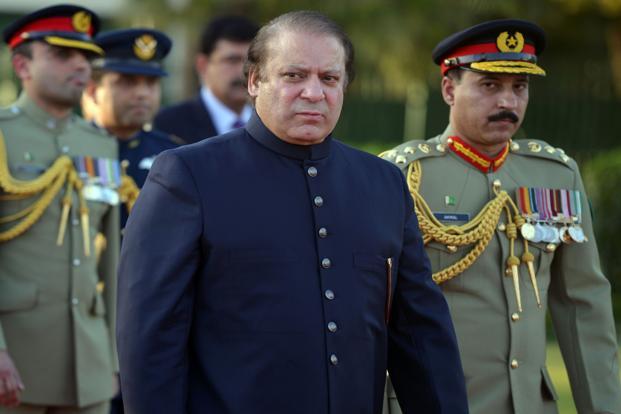 PML-N’s power in Punjab is dwindling. NAB is sending repeated notices to members of ‘House of Sharif’. Unfavorable caretaker CM Punjab is installed. The emergence of ‘jeep walas’ is wrecking the part up, as key members elude.

‘House of Nawaz’ will be mulling over its future strategy, which will dictate the future course of the political dynamics in the country.

Imran’s favorable/positive presence in media may convince the public of him as a PM in making. The increasingly changing situation around the GT road is giving Goosebumps to N-league hardliners. The curse of electable has damaged the party. A much-needed rain in Lahore, exposed the rhetoric of development in the provincial capital.  Imran’s popularity in lower-middle class rural areas is increasing. A tide in Punjab is favoring PTI.

Military establishment’s decision to acknowledge credentials of Khan is already well-known open secret. And finally, expected unfavorable verdict which can even potentially put Nawaz for up to 10-years in prison has pushed him in losing position.

But is the game really over for him?  We may head into penalties, which may well still change the outcome of this epic game of thrones?  Nawaz Sharif’s daughter, Maryam Nawaz declared that she is ready to go to prison.

“Since, we took a principal stand, which no one dared to take in last 70-years, therefore, what is there to worry about? One should fight until the last ball and we will,” she asserted while speaking to the media on Wednesday.

However, Maryam’s twitter handle was quite ever since the accountability court decided to reserve its verdict until July 06. Initially, Nawaz refrained himself from commenting on the pending verdict in the accountability court number one. However, after the discussion with his legal team, he put forward the plea to postpone the verdict citing his unavailability at the time of the verdict due to his wife’s deteriorating health. ‘House of Nawaz’ will be mulling over its future strategy, which will dictate the future course of the political dynamics in the country.

Nawaz continued his rhetoric of political victimization ever since the landmark decision of July 28-which ousted him from the premiership.

Given the arguments discussed in media regarding his failure to present a single witness in defense to prove his innocence, it is speculated that Nawaz could be in trouble in a couple of days’ time.

This time military is no mood to give him [Nawaz] a passageway, unless he says goodbye to politics forever, which he will not!

Judge Muhammad Bashir of accountability court had earlier indicated that verdict in all three-references will be announced all at once, but later changed his mind. He argued that since Nawaz was unable to present any evidence in his favor and did not speak on oath, therefore, now, all references will be dealt with one by one.

The father-daughter duo has given the impression as military establishment is behind the accountability cases and colluded with the judiciary to oust Nawaz from premiership and politics.

Though, Nawaz continued his political commitments afterwards and visited different cities across the country to reach out to voters.

He raised the slogan of victimization. In his bid to ensure ‘sanctity to votes’, he expected to take people up to a point, where each house and street can raise these slogans with passion and fervor.

It remains to be seen that how successful he was to effectively create this sentiment among the lower-middle class rural and labor class [voters who have been the main supporters of the party].

The situation in South Punjab is overwhelmingly out of control after the alleged political engineering.

Imran’s popularity in lower-middle class rural areas is increasing. A tide in Punjab is favoring PTI.

The disgruntled members of the PML-N, who deserted the party and established Junoobi Punjab Sooba Mahaaz (JPSM) merged with the enemy number one-Imran’s PTI. The group had accused the former Punjab government of ignoring the rights of the people in Southern Punjab.

Nawaz presented a narrative where using the slogan of ‘sanctity of vote’, he wanted to make come back to the power after winning the majority in next elections and expressed a desire to use parliament to overturn the apex court decision to disqualify him for life. He was contemplating to introduce new system after winning the upcoming elections.

Sensing the mood of the nation and electables, it increasingly looks like a distant dream.

In a bid to bring back his authority, Nawaz adamantly relies on his support around the GT road, which appears to be dwindling with each passing day.

The leftists/liberals echo the pain of Nawaz and are using the avenues in hand to show sympathy against him.

PML-N’s leadership never wanted to delay the elections, though, it has clearly raised questions over the electoral exercise and may still end up boycotting elections after the July 06 verdict.

Politically astute Nawaz always knew that the only way to avert pressure, intense scrutiny and accountability is to regain the power in the center to make amendments in the NAB ordinance and legislate parliament to revoke his disqualification.

The group had accused the former Punjab government of ignoring the rights of the people in Southern Punjab.

One can’t doubt the intentions of Nawaz, but his decision to pay no heed to Shehbaz’s advice and continue confrontational policy has put the family on the brink.

‘House of Sharif’ in caught up in catch22 position. On one side, Nawaz is not someone who would be willing to spend time in jail and that too, before the verdict in only one case. Two more will follow this. It all can add up which might convince him to stay away. But it would also mean backtracking on all his statements where he determinedly declared to go jail. It will be the biggest bet. What if his victim card fails, it could further jeopardize his position. And Shehbaz on his own connects with voters at a time, when candidates are eluding the Sharifs.

Read more: Down & dirty: Battle between PML-N & PTI for 2018 elections

Chances are Maryam might come and face the music, if she ends up facing the jail. The much sought after deal appears to be dead for now. But Pakistan’s can always come up with surprises. Are we waiting for another miracle? This time military is no mood to give him [Nawaz] a passageway, unless he says goodbye to politics forever, which he will not! He still claims to be standing firm at the same place.

Going forward, will the confrontational policy work for him? It does not look like the case. Nevertheless, Nawaz is successful in making this election controversial. But how far can he go will be determined after July 6 landmark decision.

Climate change VS capitalism: US begins withdrawal from the Paris climate accord