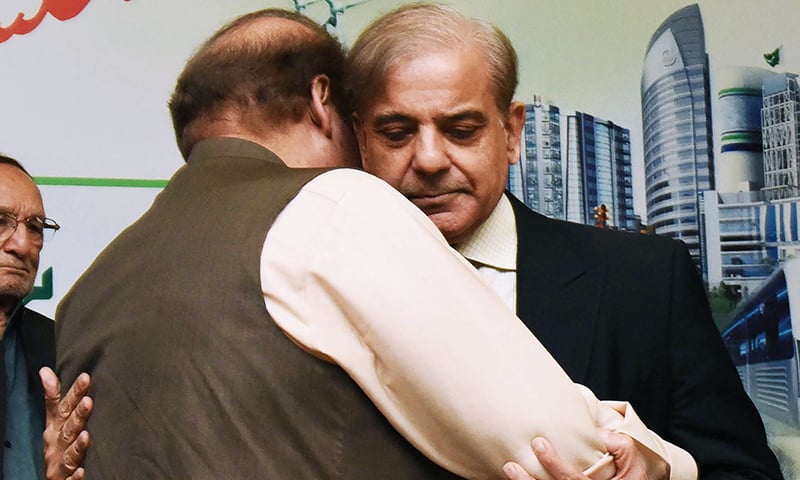 The Panama Case has reached its culmination point. Amid all hue and cry, the three-member bench of the Supreme Court has conducted the hearing of the case for the fourth consecutive day. Today the judges repudiated what some were calling a game-changer last night – when two pro-government tv channels flashed mostly old documents on screens describing them as fresh documents from Sharif family.

Salman Akram Raja, lawyer of Sharif family, submitted these apparently new documents to the court. The documents and their discrepancies were leaked in the media last night.  Justice Azmat observed with surprise that all of Raja’s documents were debated in the media, before reaching court, while Justice Ejaz remarked that it was likely that the counsel could give the arguments before the media as well. While Raja was dishing-out new documents, Justice Ejaz observed: “You should have given the complete documents to the JIT,” (reality was that most of these documents were submitted to the JIT, and it could not confirm their authenticity, like the April 1980 Share Sale Deed)

In response to Salman’s 17-page objections to the JIT report, the judges asked him to counter the report,  point by point, instead of merely brushing it aside. Justice Azmat also asked Raja to respond to law firm Mossack Fonseca’s claim, of 2012, as reported by Financial Investigation Agency (FIA) of British Virgin Islands, that Maryam is the owner of the London properties. Moreover, Raja was asked about the trial of Azizia Mills; the judges said that no answer has been received till date. It was observed that counsel had nothing new to add to his arguments.

After saying that the case pertains to presenting fake documents, Justice Azmat then asked what happens if false documents are submitted in court, to which the additional attorney general responded that a case is lodged.A seven-year imprisonment is granted for the offence, Justice Ijaz added.

The bench observed that the money trail tracing the London properties still remains unanswered. The bench also stated in such a case, the ‘public office holder’ will be held answerable and may be interrogated about it.

Read more:Panama-Gate: Circumventing accountability and disrespecting the rule of law

If this was not menacing for the Sharifs, Justice Azmat observed that those who benefitted from the Hill Metals Establishment are known however, but there is no track of funds which led to the institution of the company itself. After saying that the case pertains to presenting fake documents, Justice Azmat then asked what happens if false documents are submitted in court, to which the additional attorney general, summoned by the court, especially for this question, responded that a case is lodged. A seven-year imprisonment may be granted for the offence, Justice Ijaz added.

“Raja Sahab, what have you people done?” asked Justice Azmat, adding that they cannot even imagine how this could have happened. The judge was reportedly heart-broken with Raja’s virtual admission of documents being fake. Reportedly Salman Raja pointed out that these documents under question were prepared by Sheikh Akram, the other Sharif lawyer. Hours later, Akram Sheikh’s statement was circulating in the media that it was a mistake and wrong or additional documents were submitted in the court. But apparently the matter is not that simple.

The judges also ruled-out the use of the Calibri font before 2007 and questioned the similarility of mistakes in all the documents. Justice Ijaz remarked that February 4, 2006 was a holiday in Britain, saying no one picks up their phone in Britain on a holiday. Sharif lawyers had submitted documents attested by notary public on a Saturday. “What do you have to say?” Judge asked the counsel. Raja had no answer.

Media was abuzz with how the judges took swipes at the Qatari prince’s reticence to record his statement. Prince was given several chances to appear before supreme court and later JIT, a team was ready to interview him in Pakistan Embassy in Doha, but he insisted that JIT team should interview him in his place in Doha. Today Court received a fresh letter, from Qatari prince, Jassim ben Jaber Al Thani, dated July 17, addressed to the JIT head, in which he again offered that he is ready to be interviewed in Doha, Qatar. But prince insisted that he be given immunity, in writing, that he is not subject to jurisdiction of Pakistani laws. At one point, Judges asked Salman Akram Raja: Should the bench now visit Qatari prince in Doha? The pulse from social media and reactions by opponents has reached crescendo, suggesting a popular belief, that Nawaz and his family is going to face the music. The judges referring to “sinking of the titantic” has indicated more trouble for the PM. PMLN sources were found depressed and admitted in private that things now look very depressing and only a miracle or grand bargain – behind the scenes – can save Sharif’s from disqualification. But can such a bargain still take place? Will public opinion digest any such strange happening at this later stage? This is a question on many minds.

Awami Muslim League chief Sheikh Rashid, one of the petitioners in the case, said all those claiming that there are no cases against them will soon be out of office before his August 13th rally at Liaquat Bagh, Rawalpindi.

Perhaps the new documents – which were supposed to be a break through in the evening of 19th July – have exposed the Sharifs to new cases, and new charges of forgery and fabrication, and those too of grave nature. Euphoria on part of Sharif’s rivals is rather well in order.

Are these last-ditch efforts to turn the tables or is the PM and his henchmen actually of the opinion that nothing is against them? The hastily contrived defense mechanisms show signs of desperation instead those of confidence.

Despite the tightening encirclement of the Sharif family, the Prime Minister and his sidekicks assert that it is plain victimization. As of this writing, the premier has once again blasted the JIT. In his third public address in the last 24 hours, in the northern areas, Nawaz said this is not accountability, but exploitation. He said again that there is not even a single allegation of corruption against him. In the process, he took digs at Imran Khan and jeered at his mantra of “Naya Pakistan”. In open defiance of a matter under court proceedings, against him, the PM said that the people would reject this entire facade of accountability. Besides, he reiterated that he will not resign.

Are these last-ditch efforts to turn the tables or is the PM and his henchmen actually of the opinion that nothing is against them? Or they are still hoping for a grand political bargain behind the scenes. Pro-government media and analysts have predicted time and again, this week, that court will not disqualify but merely forward the case to NAB for a trial. Opposition is however clear that, after such a long drawn process of more than 12 months, such an eventuality will be grave injustice.

The hastily contrived defense mechanisms, of the government side, however show signs of desperation instead those of confidence. The Army of ministers and sidekicks launch a tirade against Imran Khan but they simply do not delve on countering the allegations penned down in the JIT report. Since the past two days, the federal minister, Abid Sher Ali has launched a fresh tirade against Imran Khan’s father, calling him the epitome of corruption in Pakistan. Abid keeps repeating on media that Imran Khan even went to study in Britain on corrupt money. Talal Chaudhary and Maryam Aurangzeb are doing what they do best, something which is hardly surprising. But no one in the Sharif camp has even tried addressing the substance of the JIT report; Report provides exhaustive details of the charges against the Sharif family and is accompanied with hundreds of pages of witness statements and supportive documents collected from courts, investigative bodies in Pakistan and aboard – including documents obtained from UAE and British Virgin Islands through Mutual Legal Assistance (MLA)

Neither the proceedings are a negation of democracy nor are demands for his resignation. If anything, forgery, deceit and impeding transparency are acts most dangerous for democracy.

With the judges having derided the evidence brought forward by Salman Akram Raja, and the tempo of the aware urban citizenry reaching a crescendo, the chances of Sharifs wriggling out of this muck are getting slimmer.

Friday could well be the end of Nawaz’s third stint as PM, but it could be the beginning of something new and bright for Pakistan. Yes, the people of the country have brought the ruling family to account. What is more commendable is the fact that a due process, a code of law, and principles of transparency have been been followed – a first in the troubled history of country. Sharif’s have been given chance after chance over the past 15 months; they simply have no answer and most they have submitted in their defense has been found fake and fabricated. Despite the outcries by pro-government sections of media, neither the proceedings are a negation of democracy nor are demands for his resignation. If anything, forgery, deceit and impeding transparency are acts most dangerous for democracy.

Does money dominate the outcome of the electoral process?