Is PM Khan betting on an Indian “Tabdeeli” for Peace talks? 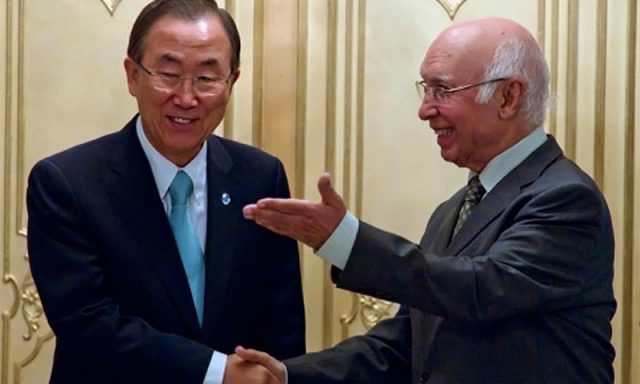 An Indian daily, The Indian Express, reported Prime Minister Imran Khan saying that he hopes that Indian response would change after the parliamentary elections, which will be held next year. The Prime Minister’s anticipated and desired response is regarding the peace and dialogue with India, instead of the confrontational politics, which he has been being evident from his statements after holding the premiership.

“It is not in our interest to allow the use of Pakistan’s territory for terror outside. People in Pakistan want peace with India. The mindset of people here has changed,” the publication reported Prime Minister Khan as saying.

An online survey conducted by The Times of India, in which, as reported by the paper, nearly 0.8 million participated and an overwhelming majority of people have said to vote again for Modi.

Prime Minister Imran Khan extended the hand of friendship toward India, citing it to be the only way out for both the nations to combat the shared challenge of poverty. But the offer was rejected by India on the alleged grounds of Pakistan sponsored terrorism inside India, inviting a blusterous and undiplomatic response from PM Imran Khan in the famous “Small men occupying big offices” tweet.

Soon after the PTI government took reins of the government, it was expected that Foreign Ministers of both India and Pakistan would have a meeting on the sidelines of UN General Assembly. The meeting could have been first of many to work out the framework of bilateral dialogues between both the sides but India once again backed down. Owing to these setbacks, Prime Minister Imran Khan has now his eyes pegged to the general election, but the real question remains that is it really going to change anything?

A Regime Change in India Expected?

The statement that elections in India might result in an attitude of Indian political establishment has two contexts. First, and the obvious one, that Prime Minister Imran Khan is anticipating a regime change after the general election with BJP losing the control on Delhi. If so, the estimation may not be the calculated one.

The Saffron party came into power with an overwhelming majority in 2014 elections with the slogan “Achee din aane waale hain” (Good days are coming). Over the years, the overall macroeconomic indicators have been healthy, carrying forward the trend of high economic growth since 2005.

In the third scenario, if a government other than BJP sweeps into power the contours of the development might be different depending upon the aspirations and manifesto of the party.

But apart from that, there have been developments which have led the discontent among the masses about the overall performance. The lack of jobs, falling prices of agricultural commodities and rural wages, a tax reform that led to unemployment and a demonetization exercise that sapped liquidity are the most pressing consequences which Narendra Modi led BJP government have brought for the general people.

Despite high economic growth, the fall of the rupee currency to record lows this year has led to a surge in prices of largely imported fuel, which is feeding into inflation. Nationwide protests have broken out because of the price rise.

Despite these facts, a survey shows that the Indian population is still willing to place their bet on the Modi and his “Vikas” (development) narrative. An online survey conducted by The Times of India, in which, as reported by the paper, nearly 0.8 million participated and an overwhelming majority of people have said to vote again for Modi.

Though the BJP/NDA is expected to lose considerably no. of seats and might not enjoy the same simple majority, the scenario, at this point of time, where BJP is out of power dynamics of India for next four years seems highly unlikely. If continuation of strained relations with Pakistan is the policy of BJP ruling elite, then the trend is unexpected to change and PM Imran Khan might not want to be too hopeful.

However, the second implication of Imran Khan’s statement could be that right now Bharatiya Janata Party is playing tough as to please its vote bank – predominantly right-wing Hindu population who sees Pakistan as an adversary. Since elections are around the corner, the positive response to the dialogue proposal might send the negative signal and cost the party some of the seats in the elections. However, there could be a shift in the strategy after the general elections as both Pakistani and Indian government will have several years to test the water and try out the unorthodox process of bilateral negotiations.

In the third scenario, if a government other than BJP sweeps into power the contours of the development might be different depending upon the aspirations and manifesto of the party. But apart from waiting to see the attitude shift, there is nothing much the PTI government could do. They have a vote bank of their own to think about and being too lenient with India might hurt them politically.