Is Prime Minister Shahbaz Sharif in the making?

The author analyzes the recent political tussle in the country that has left citizens confused over the future political setup of the country. Is PTI facing any internal or external legitimacy crisis or is it propaganda by the opposition or some segments of media? 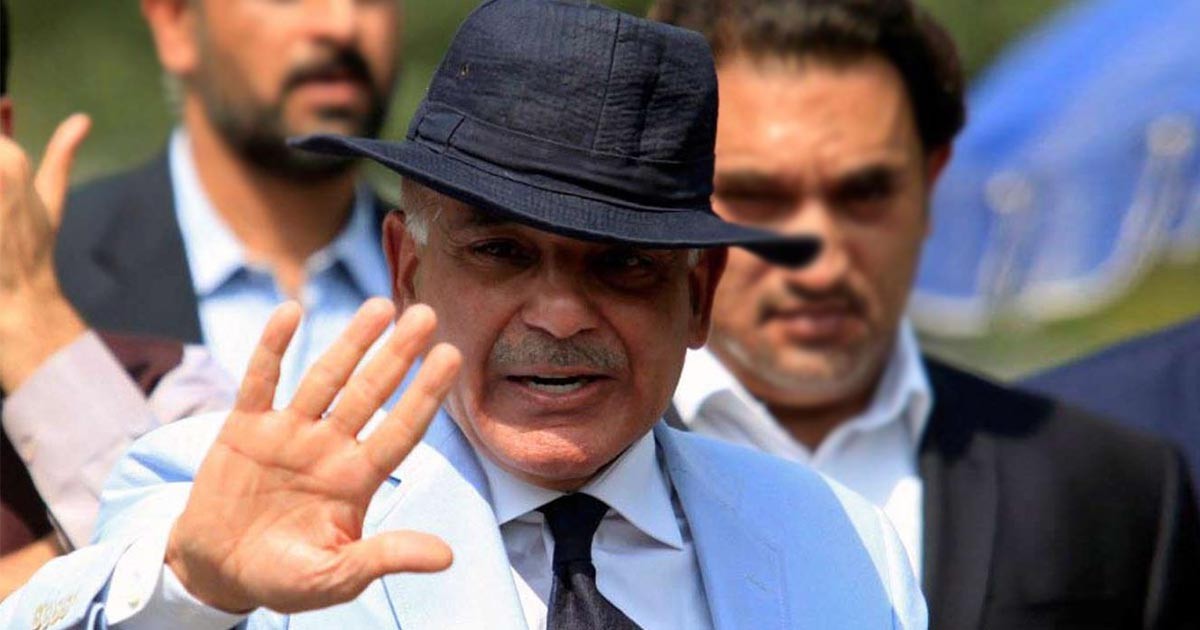 “The more things change the more they stay the same.” Let’s recall some powerful assertions which attempted to define or re-define our filthy political discourse: a) Nawaz Sharif is a changed man now. He will neither strive for any deal nor will he leave the country; b) Maryam Nawaz has decided to change the country’s fate, a genuine liberal democracy is the destination; c) Bilawal Bhutto-Zardari, a no-deal-man, has altered PPP’s (Pakistan People’s Party) narrative to turn into a real progressive political party; d) Maulana Fazl Ur Rehman is representative of both Pakistani nation and spy agencies so a change is in the offing; e) PML-N (Pakistan Muslim League-Nawaz) is a revolutionary party and will never support an amendment attempting to ensure extension in service of the army chief. They told us with firmness and we believed them like anything.

Will the establishment replace the current government with a coalition government, comprising of PML-N and PPP? There might have been some reasons to get deep into it if the other side had a robust plan to upgrade Pakistan’s tattering economy

The latest story is about Prime Minister Imran Khan’s government. A new narrative has been willfully developed to let us believe that PTI’s time is up. Initially, they told us in their fancy English that an in-house change was due; Shahbaz Sharif was to be installed as new Prime Minister of Pakistan. Theory did not work much. They changed the strategy. Now the talk of the town is about PTI’s replacement with PML-N in Punjab. This is what demands attention and careful dissection to determine the genuineness of these ear-splitting yet unsubstantiated reports.

If PTI is not allowed to remain in Punjab then why will PM Imran remain where he is? So, the basic question is; why will the establishment want PTI to be replaced with PML-N? There must be some reason behind this unexpected political change.

Is Imran Khan’s government facing a legitimacy crisis? It is imperative to understand that any government, civilian or otherwise, cannot function in Islamabad if it fails to get a green signal from Washington. The role of USA in Pakistan’s politics is invisible yet profound, and almost everlasting. However, we have seen that President Trump and PM Imran are going very well on almost all issues except the China-Pakistan Economic Corridor. To be precise, there is no external legitimacy crisis to the current government as the premier seems to have won the hearts of the international community through his composed and passionate speeches on various forums. Brevity, clarity, and commitment are what have defined PM Khan in-front of the international audience.

Is there an internal legitimacy crisis? The PTI was, for so many reasons, in defensive mode in pre-extension era. However, as the PML-N and PPP offered their unconditional support to the government to ensure extension in the service of the army chief, they lost moral grounds to use their favorite words like ‘selector’ or ‘Khalai Makhlooq’ (aliens). Similarly, there is no disagreement between the government and establishment on any outstanding issue. For instance, whether it is about Kashmir, PTM (Pashtun Tahaffuz Movement), or Pakistan’s Middle East policy, there seems to be no disagreement between Prime Minister Imran Khan and powers-that-be on the other side.

Read more: Are PTI’s government and Establishment on the same page?

There appears to be no reason which may force the establishment to replace Imran Khan with Shahbaz Sharif. But there are plenty of reasons, and valid justifications, not to do this.

PPP and PML-N are looking for some relief and concession, not for government or ‘more’ power. Nawaz Sharif and Asif Ali Zardari are not interested to lead the country. At this moment of history, they want NAB (National Accountability Bureau) to be restrained in order to live a life with dignity. Hence, why will the establishment invite Shahbaz or Bilawal to form a government when there is no reason to do so?

There is only one threat which the government is facing and persistently failing to counter. Angry allies and PTI’s own lawmakers are questioning the government’s performance. Besides, PM Imran promised to build a Naya Pakistan where police and health departments would be reformed at the outset. However, in the case of Punjab, police has become more unruly and uncooperative than ever before. Similarly, health minister appears to have no long-term plan. The public demands answers, ministers share the story of Shahbaz’s downfall. After staying in power for almost 16 months now, it looks crazy.

There may be another question for all of us interested in Pakistani politics. Will the establishment replace the current government with a coalition government, comprising of PML-N and PPP? There might have been some reasons to get deep into it if the other side had a robust plan to upgrade Pakistan’s tattering economy. The establishment is now convinced there is no alternative plan. There is only one plan, PTI’s plan, to deal with critical regional situation and failing economy of Pakistan.

Read more: How will PM Imran Khan deal with the forward bloc in Punjab?

Now let’s come to the first point; if there is nothing likely to happen in the near future then why are some segments of Pakistani media publishing reports and sharing ‘inside’ information to predict a major political change in the country?  Common sense dictates, there may be two reasons. Firstly, an overall political context is being created to project the opposition parties as suitable alternatives to the establishment. If this holds some ground, there may by direct or indirect involvement of these parties in producing and spreading this propaganda.

Secondly, both main opposition parties want to reclaim public confidence after facing backlash for offering unconditional support to let General Bajwa stay in office. Some claims, like Punjab or Centre is to be offered to the PML-N or to both PPP and PML-N are likely to appease their shocked, and apparently disappointed, supporters for some time. The media strategy may work for the later purpose, but the government is unlikely to go anywhere.

Farah Adeed is an Assistant Editor in GVS. The views expressed in this article are the author’s own and do not necessarily reflect Global Village Space’s Editorial Policy.

Rise of Judiciary in Pakistan: No more Lions under the throne