Justice Qazi Faez Isa has raised 15 important questions about the eligibility and appointment of Shahzad Akbar as the head of the Asset Recovery Unit (ARU). Interestingly, Justice Isa also asked about the bank details, properties, and assets owned by the prime minister’s assistant. Can it be a challenge for the government? 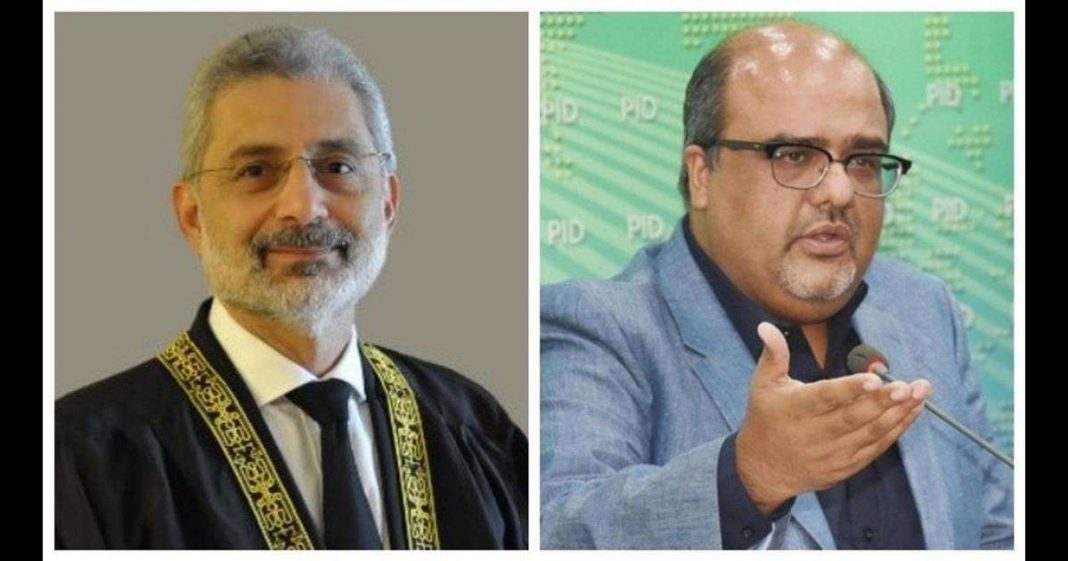 Justice Qazi Faez Isa, a judge of Pakistan’s Supreme Court, has questioned the eligibility of SAPM Shahzad Akbar’s appointment as the head of the Asset Recovery Unit (ARU) and for public office. Justice Isa has raised some points on what experts believe to be ‘some valid technical grounds’ and maintained that the appointment of the SAPM was illegal.

Read More: Who has the jurisdiction to decide on Justice Qazi Faez Isa’s misconduct?

The reference filed against Justice Isa alleges that he acquired three properties in London on lease in the name of his wife and children between 2011 and 2015, but did not disclose them in his wealth returns.

The Supreme Court judge has raised 15 questions in a rejoinder submitted to the apex court in a case pertaining to the offshore properties owned by his family members which were not declared in his tax returns.

#JusticeQaziFaezIsa in his submissions before #SupremeCourt raised some very serious and valid questions on the appointment, position and authority of @ShazadAkbar. Because these are the questions raised by a future Chief Justice of Pakistan they must be answered.#Pakistan #PTI pic.twitter.com/gvA3V6aDmM

Justice Isa has challenged the presidential reference filed against him in the Supreme Judicial Council and filed a petition in the SC saying the case was based on mala fide intent.

The judge questioned SAPM Shahzad Akbar’s eligibility to be appointed as ARU chief and the procedure adopted for his appointment.

“Who appointed Shahzad Akbar?” he asked.

“Did the government announce the vacancy in newspapers or were applications sought for the appointment of the chairman of the Asset Recovery Unit?”

Justica Isa, in his rejoinder, also sought to know whether Akbar’s appointment was made through Federal Public Service Commission and if answers to these four questions are in negative, then how he had been appointed as the ARU head.

“Is Shahzad Akbar a Pakistani or does he hold dual nationality?” asked Justice Isa.

Seeking information about SAPM’s tax details, the SC judge asked why he has not made anything public about his family members and the nationality they hold.

“What’s his income tax and wealth status and from when he started submitting his tax returns?”

In another question, Justice Isa asked about the bank details, properties and assets owned by the prime minister’s assistant.

Justice Isa also demanded the information about the assets owned by SAPM Shahzad Akbar’s family and whether he has declared these in his returns or not.

The SC judge said that ARU is an illegal entity and the money spent on it is a ‘theft’ of public money and the unit collected the information about him through unlawful means. He also contended that former attorney general Anwar Mansoor Khan, Law Minister Farogh Naseem and SAPM Akbar were in contempt of court.

Where had the Asset Recovery Unit (ARU) received funds from?

Recently, the Supreme Court inquired about where the ARU received funds from for initiating an investigation against Justice Qazi Faez Isa. The court maintained that there can be no investigation through illegal means to obtain personal information.

Justice Qazi Faez Isa has raised serious questioned on the eligibility of Special Assistant to Prime Minister on Accountability Shahzad Akbar and his appointment as the head of [so-called] Asset Recovery Unit https://t.co/MCFiBrbFEY

Legal experts believe that the court may ask the federal government to explain its position on the matter. “This is not an ordinary matter. The court must look into it,” a lawyer said. It is argued that the SC is likely to ascertain the facts whether the reference has been filed on mala-fide intentions or not.

According to the details, the question was raised by Justice Maqbool Baqar as a 10-judge full-court, led by Justice Umar Ata Bandial, resumed hearing of the case pertaining to the presidential reference against Justice Isa. Muneer A Malik, Justice Isa’s counsel, raised questions about the legal status of the ARU.

Read More: Why did you write letters to the President? SJC issues show-cause notice to Justice Qazi Faez Isa

Mr. Malik said that Special Assistant to the PM on Accountability Shahzad Akbar had conducted an investigation against the judge and his family without any legal authority to do so and accessed classified information about their tax details. “The reference was prepared after illegally collecting material against him. It has been conceded in the reference that ARU had received a complaint against the judge and the chairman of the unit took it to the law minister rather than the prime minister or the cabinet,” he added.

Previous articleAnimal Rights – A Voice For The Voiceless
Next articleCOVID-19 in Pakistan: Is the government going to re-impose lockdown?

23 July 2021
Previous articleAnimal Rights – A Voice For The Voiceless
Next articleCOVID-19 in Pakistan: Is the government going to re-impose lockdown?

Justice Isa’s case: making sense of the judgement & its aftermath