Is the Pakistani Army working overtime to make democracy sustainable? 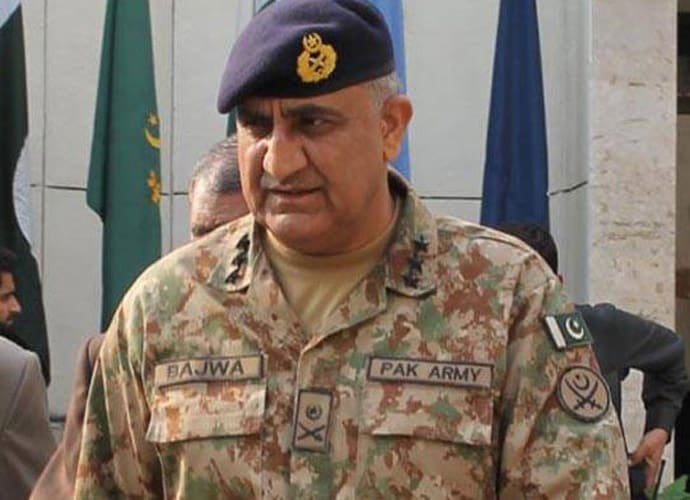 Promising whatever assistance is required by the civilian govt wherever it is needed in the best national interest, the COAS Gen Javed Qamar Bajwa has supported the govt’s efforts to “mainstream” the Federally Administered Tribal Areas (FATA). Emphasizing operating within the Army’s constitutionally defined role and reiterating that the Army had no business trying to run the govt, he pledged maintaining the momentum jointly in ensuring national security. He said any impression of a competition between the civilians and the military would not be conducive for the country.

“Coordination, not competition, with civilians”

An article titled “Coordination, not competition, with civilians” by my friend Salman Masood on Feb 13 cautions that

“the civilians can feel relieved that no efforts will emanate from the garrison to destabilise the political system, it should also not lull them into a false sense of security or complacency,”

The military has intervened either as a last resort when elected leaders were incapable of putting their own house in order and corruption reached intolerable levels.  Needed sometimes for a short period, extending military rule for years was neither correct nor conducive to national aims and objectives. The increasing role in internal security leading to greater involvement of the military in political matters has widened the civil-military trust gap.

Believing in the supremacy of Parliament as did his predecessor adds to Bajwa’s stature. Not intruding into civilian space is most pragmatic, cooperation and coordination supports the democratic system.

Army – not intruding into civilian space is most pragmatic, cooperation and coordination supports the democratic system.

Problems with the civilian government will only be harmful to this nation and to its fledgling democracy.  Whenever a democratic regime has been in power confrontation has never been initiated by the Army.  On the other hand corruption is a major bogey concerning the erosion of national security.

The nexus between corruption, organized crime and terrorism, seen at its worst in Karachi, widens the gap between civilian rulers and the military. You may eliminate any number of terrorists in the field, unless you target those financing them with money and acting as facilitators with influence and logistics, the terrorists in the field will be simply replaced.

The political leadership is ill-advised by people (an overwhelming of them being petty bureaucrats serving whoever master is in power) using their proximity to the rulers, political or military, to sow suspicion and create unnecessary apprehension. Their primary objective is to stir up Army-govt relations whenever it is on the mend.

Their “more loyal than king” servility and penchant for flattery makes them indispensable for any regime, civil and military.

Such “rogue” elements have always indulged in “dirty tricks” to orchestrate rumors and/or events to create a perception of confrontation by the Army. Most of them belong to the government’s media machinery, not media professionals themselves but apparatchiks risen through the ranks.

Their “more loyal than king” servility and penchant for flattery makes them indispensable for any regime, civil and military.  Unlike the mature views of the PM himself or his close political advisers like Ishaq Dar, Chaudhry Nisar Ali Khan, etc, these rogue elements outdo themselves on heaping embarrassment and scorn upon the Army through their proxies in the print, electronic and social media. Confrontation forced by contrived circumstances can escalate and spin out of control.

When does the Army react to propaganda against itself?

The Army generally does not react till maligning them goes beyond the fail-safe line. When the rank and file start to murmur about the constant adverse propaganda directed against them, what is the COAS, given all his good intentions, to do? Last Oct the “Cyril Almeida concoction” was planted by someone from within the PML hierarchy, it was bound to create a rift between the civilian and military leadership.

Read more: Is PML-N a threat to democracy?

With the time of his retirement too imminent Raheel Shareef, left it to his successor to deal with. Having baited the Army several times in the past, the Federal Minister for Information Pervaiz Rashid was however, a convenient sacrificial lamb but what about the petty bureaucrats who actually did the dirty work feeding the false information to the reporter? To quote my article “THE DAVOS CHALLENGE”,

“The deliberate anti-Pakistan Army agenda set by certain motivated elements within the PML (N) hierarchy is condemnable.  Such malafide acts of individuals unfortunately only deepens the misunderstanding between the govt and the Army, this inadvertently creates bad blood for no reason whatsoever. The latest misinformation planted about Raheel Sharif’s laid down entitlement of agricultural land (allotted by the Border Area Committee for decades) on retirement is part of the same dirty campaign by those who deliberately planted the fake “Cyril Almeida” story. Not punishing the culprits was a major mistake. They should have been taken to task immediately”, unquote.

Supporting and preserving democracy is commendable but not punishing those rascals who plant fake stories will allow more Cyril Almeida-clones to emerge. The scoundrels who distort facts parroting Modi’s anti-Army agenda (and those involved in the subsequent cover-up) must be held accountable, their venom for our soldiers coincides with the Modi-led adverse Indian propaganda.

In a rather bizarre twist, those in the forefront bad-mouthing the Army (and the ISI) now try to cast aspersion for “creating misunderstanding” on others with the help of some of their friends in the media.  Whatever their stature in the political spectrum and/or bureaucratic hierarchy, such scoundrels need to be made an example of. Try them by a military court for violation of national security and put them in jail.

The lack of counter-terrorism operations in the Punjab was highlighted by the latest bomb blast.  If the govt is serious about eliminating terrorists at all costs, why were the military courts wound up? The COAS has talked about extending the counter-terrorism in all of Punjab, we heard this rhetoric from Gen Raheel Sharif also. All their good intentions failed in the face of the obduracy they faced from the Province’s political bosses loath to take on their hard-core Jihadi sympathisers in their constituencies.

Howsoever weak and imperfect democracy might be, with the military simply not interested in taking over, democracy it is here to stay. With the Army working overtime to make democracy sustainable, it is now up to the civilian leadership to ensure the system works. For democracy to flourish local government must be made effective at the grassroots level so that with participation the citizen stakeholder has a stake. Long misgoverned by military regimes and political parties alike, for Pakistan to be truly a dynamic and stable state, all of us must work together to achieve that goal.

Ikram Sehgal, Author of “Escape from Oblivion” is Pakistan’s prominent Defense & Security Analyst and Chairman of the Pathfinder Group.The views expressed in this article are the author’s own and do not necessarily reflect Global Village Space’s editorial policy.

Will Trump and Imran Khan be meeting in 2019?