Is Tourism in Pakistan Dangerous?

We traveled to Pakistan in December 2017 to help with an NGO that is running development projects for the poorest of Lahore. Many of our friends and family thought we were crazy to go to Pakistan because it was so dangerous.

So we decided to go out and see if it was as dangerous as people said to be a tourist in Lahore, Pakistan. 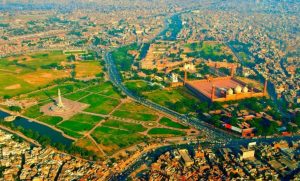 Lahore is the capital city of the Pakistani province of Punjab. It is the second-most populous city in Pakistan after Karachi. The city is located in the north-eastern end of Pakistan’s Punjab province, near the border with the Indian state of Punjab. Lahore is ranked as a beta world city and is one of Pakistan’s wealthiest cities with an estimated GDP of $58.14 billion as of 2014. 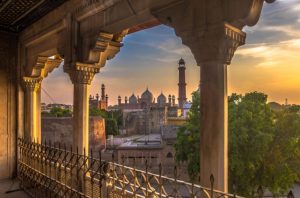 Lahore is the historic cultural center of the Punjab region and is the largest Punjabi city in the world. The city has a long history and was once under the rule of the Hindu Shahis, Ghaznavids, Ghurids, and the Delhi Sultanate.

Lahore reached the height of its splendor under the Mughal Empire, serving as its capital city for a number of years.

The city was captured by the forces of Persian Afsharid Emperor Nader Shah during his invasion of the Mughal Empire. The city was then contested between different powers before it became capital of the Sikh Empire, and then the capital of Punjab under British rule.

Lahore was central to the independence movements of both India and Pakistan, with the city being the site of both the declaration of Indian Independence and the resolution calling for the establishment of Pakistan.

Following the independence of Pakistan in 1947, Lahore became the capital of Pakistan’s Punjab province.

Lahore is one of Pakistan’s most liberal and cosmopolitan cities. It exerts a strong cultural influence over Pakistan. Lahore is a major center for Pakistan’s publishing industry and remains the foremost center of Pakistan’s literary scene.

The city also hosts much of Pakistan’s tourism industry, with major attractions including the famed Walled City, numerous Sikh shrines, and the Badshahi and Wazir Khan mosques.

Lahore is also home to the UNESCO World Heritage Sites of Lahore Fort and Shalimar Gardens.

Economy of Pakistan and The Coronavirus

The future of banking; a lethal phenomena