Is Trump under pressure to adopt tougher approach towards Pakistan? 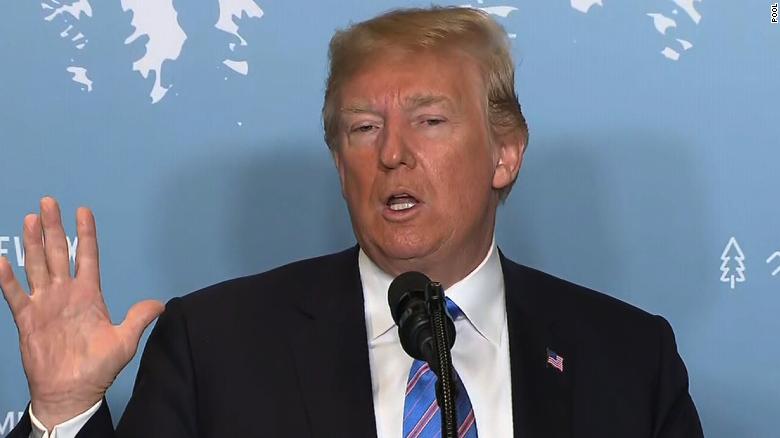 Pressure on the Trump administration is mounting to adopt a tougher position towards Pakistani support of militants in Afghanistan as well as Pakistan itself. The pressure comes from a chorus of voices that include the US military, members of Congress from both sides of the aisle, and influential Washington-based think tanks.

The calls for a harder line were issued despite a Pakistani crackdown on militants in recent months that many see as half-hearted. It also comes days after China, at Pakistan’s behest, blocked the United Nations Security Council from listing a prominent Pakistani militant as a globally designated terrorist.

Pakistani officials hope that some of Mr. Trump’s key aides such as Defense Secretary James Mattis and national security advisor Michael Flynn, both of whom have had long-standing dealings with Pakistan during their military careers, may act as buffers. They argue that the two men appreciate Pakistan’s problems and believe that trust between the United States and Pakistan needs to be rebuilt. Mr. Mattis argued in his Senate confirmation hearing that the United States needed to remain engaged with Pakistan.

Military and Congressional support for a tougher approach

Military and Congressional support for a tougher approach was expressed this week in a US Armed Services Committee hearing on Afghanistan during which General John Nicholson, the commander of US forces in Afghanistan, noted that 20 of the 98 groups designated by the United States as well as “three violent, extremist organizations” operate in Afghanistan and Pakistan. “That is the highest concentration of violent, extremist groups in the world,” Gen. Nicholson said.

In testimony to the committee, General Nicholson called for “a holistic review” of US relations with Pakistan, arguing that the Taliban and the Haqqani network had “no incentive to reconcile” as long as they enjoyed safe haven in Pakistan.

“External safe haven and support in Pakistan increases the cost to the United States in terms of lives, time, and money, and it advantages the enemy with the strategic initiative, allowing them to determine the pace and venue of conflict from sanctuary,” Gen. Nicholson said.

“Success in Afghanistan will require a candid evaluation of our relationship with Pakistan… The fact remains that numerous terrorist groups remain active in Pakistan, attack its neighbours and kill US forces. Put simply: our mission in Afghanistan is immeasurably more difficult, if not impossible while our enemies retain a safe haven in Pakistan. These sanctuaries must be eliminated,” Mr. McCain said.

Mr. Reed added that “Pakistani support for extremist groups operating in Afghanistan must end if we and Afghanistan are to achieve necessary levels of security.”

The pronouncements in the committee hearing gave added significance to policy recommendations made by a group of prominent experts, including former Pakistan ambassador to the US Husain Haqqani and former CIA official and advisor to four US presidents Bruce Riedel, associated with among others The Heritage Foundation, the Hudson Institute, the Middle East Institute, the New America Foundation and Georgetown University.

“The U.S. must stop chasing the mirage of securing the change in Pakistan’s strategic direction by giving it additional aid or military equipment. It must be acknowledged that Pakistan is unlikely to change its current policies through inducements alone. The U.S. must also recognize that its efforts over several decades to strengthen Pakistan militarily have only encouraged those elements in Pakistan that hope someday to wrest Kashmir from India through force. The Trump administration must be ready to adopt tougher measures toward Islamabad that involve taking risks in an effort to evoke different Pakistani responses,” the experts said in their report.

The experts suggested the Trump administration should wait a year with designating Pakistan as a state sponsor of terrorism while it takes steps to convince Pakistan to fundamentally alter its policies.

Pakistan can lose status as a Major Non-NATO Ally

Such steps would include warning Pakistan that it could lose its status as a Major Non-NATO Ally (MNNA); prioritizing engagement with Pakistan’s civilian leaders rather than with the military and intelligence services; imposing counterterrorism conditions on U.S. military aid and reimbursements to Pakistan; and establishing a sequence and timeline for specific actions Pakistan should take against militants responsible for attacks outside Pakistan.

There is little to suggest a reversal of policy in recent Pakistani measures to crackdown on militants including imposing house arrest on Muhammad Hafez Saeed and other leaders of Jama’at-ud-Dawa (JuD), widely viewed as a front for the proscribed group, Lashkar-e-Taiba (LeT), and the freezing of accounts of some 2,000 militants.

Apparently pre-warned that action may be taken against him, Mr. Saeed suggested during a press conference in Islamabad in mid-January that JuD may operate under a new name, a practice frequently adopted by militant groups with government acquiescence. Mr. Saeed said the new name was Tehreek-e-Azadi-e-Kashmir (Kashmir Freedom Movement). The Indian Express reported that JuD/LeT continued after Mr. Saeed’s house arrest to operate training camps in Pakistani-controlled Kashmir.

Various militants and analysts said the accounts targeted were not where funds were kept. Maulana Muhammad Ahmed Ludhyvani, a leader of the virulently anti-Shiite group, Ahle Sunnat Wal Juma’at, a successor of Sipah-e-Sabaha, said in an interview that there were a mere 500,000 rupees ($4,772) in his frozen account.

Persuading Pakistan to alter its ways is likely to prove no mean task. The government, as well as the military and intelligence, believe that the United States favours Indian dominance in the region and has allowed India to gain influence in Afghanistan. Gen. Nicholson went out of his way in his testimony to thank India for billions of dollars in aid it was granting Afghanistan. Many, particularly in the military and intelligence, see the militants as useful proxies against India.

The government, as well as the military and intelligence, believe that the United States favours Indian dominance in the region and has allowed India to gain influence in Afghanistan.

More vexing is likely the fact that military and intelligence support for Saudi-like and at times Saudi-backed violent and non-violent groups with an ultra-conservative, religiously inspired world view has become part of the fabric of key branches of the state and the government as well as significant segments of society.

Cracking down on militants, particularly if it is seen to be on behest of the United States, could provoke as many problems as it offers solutions. Mounting pressure in Washington on the Trump administration amounts to the writing on the wall. Pakistani leaders are likely to be caught in a Catch-22.

The solution might lie in Beijing. Many in Pakistan have their hopes for economic development pinned on China’s planned $46 billion investment in Pakistani infrastructure and energy. China, despite having so far shielded a Pakistani militant in the UN Security Council, is exerting pressure of its own on Pakistan to mend its ways. As a result, Pakistan is one area where China and the US could find common cause.

Dr. James M. Dorsey is a senior fellow at the S. Rajaratnam School of International Studies, co-director of the University of Würzburg’s Institute for Fan Culture, and the author of The Turbulent World of Middle East Soccer blog, a book with the same title, Comparative Political Transitions between Southeast Asia and the Middle East and North Africa, co-authored with Dr. Teresita Cruz-Del Rosario and a forthcoming book, Shifting Sands, Essays on Sports and Politics in the Middle East and North Africa.

The sacrifice of Burhan Wani- One year on

Hafiz Saeed is already declared Global Terrorist: Pakistan to decide today if he is?