The Punjab Government has converted Ishaq Dar's, former finance minister of Pakistan, residence in Gulberg Lahore into a shelter home. While cabinet ministers hailed the decision, PML-N members termed it a petty shot from the ruling dispensation to demean opponents. 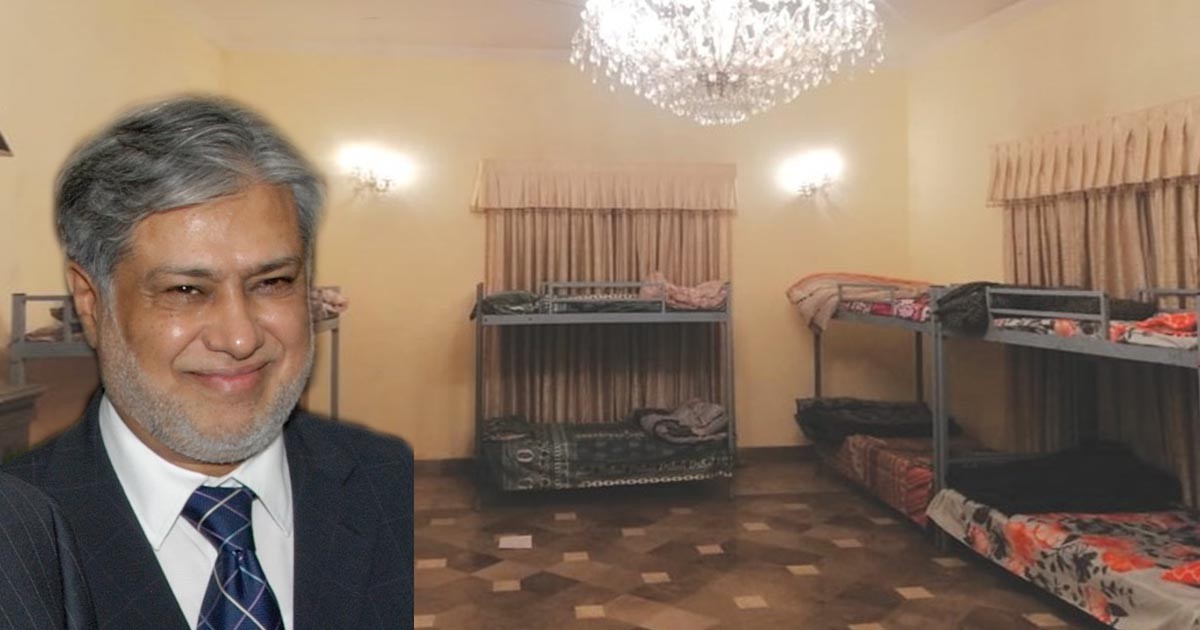 The Punjab Government has converted Ishaq Dar’s, former finance minister of Pakistan, residence in Gulberg Lahore into a shelter home. According to media reports, the shelter home can accommodate 40 people at a time. The authorities claim the shelter home will start functioning from Saturday.

“We have established a Panahgah at Ishaq Dar’s house we confiscated in the light of the court orders sometimes ago,” said Assistant Commissioner Zeeshan Nasrullah.

City District Government Lahore had taken possession of the five-Kanal house named Hajvery House in Gulberg in July last year after the National Accountability Bureau seized his moveable and immovable property in connection with a corruption reference.

Since Islamabad High Court barred Punjab Government from auctioning the property of Gulberg House city administration decided to turn it into public property.

Assistant Commissioner said that the IHC stay order does not restrict the government from turning it into a panaah gaah. Therefore, “we can use this house measuring 4-Kanal and 18 marlas for Panagah.”

Ali Haider Zaidi, the federal cabinet minister, called it the best decision to convert the property into a shelter home.

Meanwhile, PML-N Senator Mushahidullah Khan slammed the provincial government of PTI for converting Ishaq Dar’s property into a shelter home. He said that the government has involved themselves in petty issues like Ishaq Dar’s property, Maryam Nawaz Sharif’s visit to London and Nawaz Sharif’s platelet count. While people are in agony due to inflation and crisis of essential commodity in the country.

Finally public money getting to good use, awam ka paisa awam key liye !
It’s decades of loot .. so this is just the beginning of getting back a lot more ! pic.twitter.com/0o3m8JAnIx

Meanwhile, Ishaq Dar in his rebuttal has likened the step of the provincial government of PTI to convert his residence into a shelter home to the contempt of court since IHC has barred the government from selling his property. He said it an act of vengeance against him by Imran Khan’s government.

It is pertinent to mention that Prime Minister Imran Khan said he will not reconcile with the corrupt politicians and money launderers while opposing the call for national reconciliation by Prime Minister Azad Kashmir Raja Farooq Haider.

He reasserted his pledge to support accountability from plunderers and looters, his prime election manifesto, across the country adding that he will not work with the corrupt and money launderers. PM Imran Khan expressed these views while addressing AJK Legislative Assembly marking on Kashmir Solidarity Day on Wednesday.

Khan outrightly repudiated the call explaining that he does not have personal enmity with any of them but his fight is for the people of Pakistan.

Op-ed: The broadsheet saga is the ‘crash’ of Pakistan’s institutions

NAB in the docket – Saad Rasool