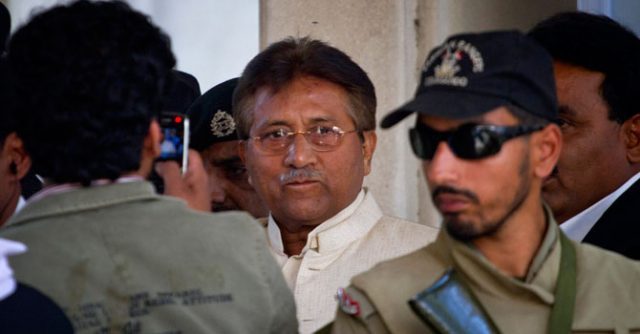 The decision would if pursued would set a precedence in now allowing NAB to investigate against corruption done by the retired army officers. Musharraf will now be under a scanner for the charge for use of power during presidency to amass the wealth which is beyond his means. However, as the Isaac Dar case has shown the likelihood of any result is low. Isaac Dar case on amassing wealth beyond his known sources has continued for over two years and now he has taken medical leave and is in the UK.

The bench for the Musharraf direction to NAB was comprised of Justice Athar Minallah and Justice Miangul Hassan Aurangzeb who issued the directive over the petition filed by Inamur Rahim in 2014, Rahim consulted the court for seeking the investigation into the alleged corruption of Musharraf.

It was the long-awaited decision for the political class and civil society which always wished to witness the accountability of the military generals along with the civil rules.

Musharraf came to power in a military coup in October 1999 and served as the 10th president of Pakistan from 2001 till tendering his resignation in 2008. He resigned from the military post of chief of army staff in November 2007. He continued to hold the constitutional post of president of Pakistan until August 2008.

Despite the existing ambiguity in the National Accountability Ordinance 1999 which has restricted any action against the judges and military. The IHC has given an unprecedented decision which overcomes the indeterminacy of the issue. In the past, NAB had always shown reluctance from proceeding against the military officers on alleged corruption charges.

Read more: Shahzeb murder case sent back to ATC by the Supreme Court

The case against Mushraff is of the same nature as the much-publicized cases of Nawaz Sharif and Isaac Dar. General Musharraf was accused by the petition of holding the assets beyond means. The petitioner had alleged that the ex-president had submitted the nomination papers to Election Commission Pakistan (ECP) where he had declared assets which were beyond his known sources of income.

The military will no longer be a holy cow which could involve in corruption and move along scathingly without accountability especially when politicians point fingers at the military to somehow confiscate.

Later on, the petition was dismissed on the grounds that his complaint cannot be entertained because, under the NAO, the generals were immune from the criminal proceedings on alleged corruption.

Remarkably, after of 19-years, the honorable judges have given a detailed judgment and concluded that the case against General Pervez Musharraf can proceed under the NAO 1999. The court has given two reasons for his amenability:

First is that General Pervez Musharraf held the constitutional post of President of Pakistan, the clause (vi) of section 5(m) of NAO is also applicable, since, the general had retired from his post as Chief of Army Staff.

IHC further said, NAB has not been able to interpret the provisions of NAO 1999 and had mistakenly rejected the complaint of the petitioner. Therefore, IHC concluded that NAB’s previous decision on April 25, 2013, was illegal.

IHC believes NAB was at fault for not entertaining the petition against a military dictator when IHC was contacted by the petition against NAB’s decision last month. The counsel of the petitioner referred to the July 28, 2017, verdict of the SC as a precedent which allows the IHC to direct the NAB to file the reference against General Pervez Musharraf.

In November 2017, the parliamentary committee had agreed that members of the judiciary and military do not need to be held accountable under the newly proposed accountability law citing that above institutions already had their own systems to ensure justice within these institutions.

Musharraf came to power in a military coup in October 1999 and served as the 10th president of Pakistan from 2001 till tendering his resignation in 2008. He resigned from the military post of chief of army staff in November 2007.

But, it was rejected by the opposition parties. The bill was put forward to bring judges and military officials under the scope of NAB.

It was the much-awaited decision for the political class and civil society who have long wished for the accountability of the military generals along with civilians. The military will no longer be a holy cow which could be involved in corruption and move along scathingly without accountability. This is especially important given politicians point fingers at the military to say they are never held accountable. Public office is not for personal gain this message has to be loud and clear to all.

ECP drops contempt proceedings against Imran: Win-win for both?

Jihadists get life for deadly 2015 Tunisia attacks on tourists