Islamic Military Alliance: Give it a chance it might actually become Muslim World’s NATO 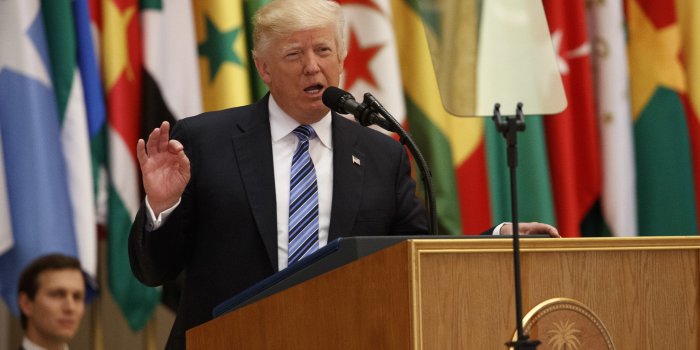 Following a period of ambiguity over the approval of NOC from the Government of Pakistan, former Chief of Army Staff General Raheel Sharif is finally in Saudi Arabia to command Islamic Military Alliance to Fight Terrorism (IMAFT). However, this approval has not only failed to convince Iran and Iraq have explicitly criticized it for being of a sectarian nature.

Deputy Crown Prince of Saudi Arabia Mohammad Bin Salman said that the anti-terrorism coalition will operate in Iraq, Syria, and Libya. With its headquarters set up in Riyadh, the IMAFT definitely aims at securing Saudi Arabian sovereignty.

The objective of the alliance itself is apparently not controversial, given that terrorism is the biggest challenge facing the Islamic World today. Not only has the Muslim World been terribly affected by the gigantic terror waves rising from the chaotic Middle East but the West is also taking hits both directly and indirectly. There is no question in any ones mind that this needs to be effectively countered. There is no straight answer as to how to counter it. The combined civil wars going on in Syria, Iraq, and Yemen have led to a generational crisis in the Middle East; that has been incinerating city after city, causing unimaginable damage to life and property. Islamic Military Alliance aims at guiding the Muslim Countries to victory against the ogre specters of ISIS and Al-Qaeda.

ISIS is a mutually agreed threat not just to the Muslim World but to a large part of the globe. Even global heavyweights; USA and Russia have been justifying their intervention in Syria on the basis of countering ISIS. Furthermore, earlier statements by Deputy Crown Prince of Saudi Arabia Mohammad Bin Salman, has confirmed the anti-terrorism coalition will operate in Iraq, Syria, and Libya. With its headquarters set up in Riyadh, the IMAFT definitely aims at securing Saudi Arabian sovereignty and all this now with a Pakistani General at its helm.

Pakistan’s attitude which has so far been quite positive in striking balance between two of its allies Saudi Arabia and Iran. Pakistani parliament maintained neutrality after rebuffing Saudi Coalition call in Yemen in 2015.

Pakistan’s is one of the most powerful militaries of the Islamic World and the past decade it has shown success in thwarting terror. Pakistan’s extensive experience in Countering Terrorism is unparalleled in the entire Islamic World. Under the command of General Raheel Sharif, Pakistan launched Operation Zarb-e-Azb that secured its Tribal Areas of TTP militants and drastically reduced terrorism in the country. With so many successes against terrorism to his name, General Raheel Sharif was a good choice for those looking for someone to command their military alliance.

Perhaps the most significant question is, will the Islamic Military Alliance operations in Syria, Iraq, and Libya, only counter ISIS and Al-Qaeda or will they generate a greater intervention into Syrian conflict on Saudi behalf that the countries like Pakistan have hitherto been successfully avoiding? In addition, will it be used to ensure Saudi sovereignty at the cost of regional run-ins such as with Yemen? The answer to these questions lies in Pakistan’s attitude which has so far been quite positive in striking balance between two of its allies Saudi Arabia and Iran. Pakistani parliament maintained neutrality after rebuffing Saudi Coalition call in Yemen in 2015. General Raheel Sharif, in his one of the three conditions set to command IMAFT, has also included that Iran is invited to join the alliance.

Long history in making of the Muslim World’s NATO

While there is an element of the coalition attempting to ensure Saudi Arabia’s territorial sovereignty, at least against ISIS; however, it does not have a sectarian dimension as many are busy suggesting. The Islamic Military Alliance was proposed in 2005 by former Malaysian Prime Minister Mahathir Muhammad and Islamic Observers Organization’s spokesperson Fazal Muhammad to Saudi king Abdullah. However, it was only in 2015, after rising threat of ISIS in the Middle East, that Saudi Arabia put the theory into practice.

The Islamic Military Alliance is a counterterrorism coalition of Muslim countries that is looking forward to crushing the likes of ISIS and Al-Qaeda. This alliance will not operate in Yemen because Yemen’s war is a geopolitical war and IMAFT will only operate against terror wings and not against Saudi Arabia’s political rivals. The coalition aims at an outright eradication of “Khwaarij”, who have been carrying out “Fasaad” in the name of “Jihad” and are jeopardizing the existence of Islamic World. This unified force will send a strong message to the West that the Muslim World not only condemns terrorism but is ready to thwart it once and for all.

Iran’s relations Saudi Arabia may be bitter at the moment but with Pakistan, it is looking to explore a friendly cooperation. Iran has repeatedly expressed its desire to join China-Pakistan Economic Corridor which, if happens, will further strengthen the ties between the two Islamic Republics. Looking at the cautious Pakistani approach, it can be said that Pakistani command will never lead the alliance into aggression against any fellow Islamic country, not even indirectly. The sphere of IMAFT operations shall be confined to counter ISIS, Al-Qaeda, and other terror factions.

Read more: Pakistan has approved Gen. Raheel’s new job: Are we digging a hole for ourselves?

Sooner or later, Iran and Iraq will join the alliance and the IMAFT will actually become Muslim World’s NATO, crushing the idea of sectarian alliance altogether.

In December 2016, Sultanate of Oman joined the military alliance which came as a surprise to many as Muscat has always refused to take sides on issues between both countries, Saudi Arabia is its neighbor and it also has close ties with Iran.   Oman’s inclusion in IMAFT heralds the prospect of a better future of the coalition. With Pakistan leading from the front trying to provide unity in the Muslim world, it can be hoped that sooner or later, Iran and Iraq will join the alliance and the IMAFT will actually become Muslim World’s NATO.

Abubakar Farooqi is a student of International Relations at Quaid-i-Azam University, Islamabad. He is a keen observer of International Politics and Current Affairs. He tweets at @AbubakarTweets. The views expressed in this article are the author’s own and do not necessarily reflect Global Village Space’s editorial policy.

Previous articlePeople who learn 10 times faster use 5 techniques
Next articleEducation reforms in KP: Right steps at the right time

23 September 2021
Previous articlePeople who learn 10 times faster use 5 techniques
Next articleEducation reforms in KP: Right steps at the right time