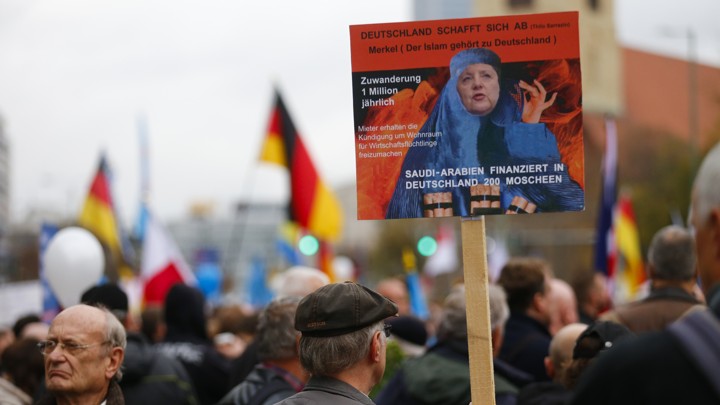 In Pakistan, unfortunately, both religion and history have been used for the vested and narrow interests and purposes of our political elite and establishment. Pakistanis have been exploited in the name of religion, democracy, and socialism (and secularism) since the inception of this country. Two extreme schools of thought are at the top of our so-called intellectual discourse, at least in our age.

One, the ‘rightists’ (Islamists) who claim monopoly over everything including the private life of an individual; two, the ‘leftists’ (typically known as desi-liberals), who believe that they are the only people who actually know and understand everything and therefore have an absolute right to explain and interpret everything for others. (I won’t use the term in its rigid theoretical context).

I don’t know whether these reformers really know the meaning of term “liberal” and the theory of liberalism or not.

On the one hand ‘rightists’ believe themselves to be “chosen” and “righteous” individuals who have never erred and are angelic creations. While on the other hand, ‘leftists’ present themselves as philosophers and thinkers of Enlightenment like Montesquieu and Locke. In 2013, the repository of infallible wisdom, Maulana Fazlur Rehman issued a ‘political fatwa’ and declared voting for PTI was ‘haram’. He stated: “We the Ulema have agreed that giving a vote to PTI is haram.” And he further clarified, “I am asked, ‘what is the proof that he (Imran Khan) is an agent of the Jews?’ I say there is only one proof and it is my own responsible personality.

I am so righteous that I would never talk ill against anyone. This is enough that Maulana Fazlur Rehman says that he is a Jewish agent.” Recently, The Milli Yakjehti Council (MYC) that claims to be the guardian of religion ferociously criticized recent talk of liberalism. Jamaat-ud-Dawa chief Hafiz Mohammad Saeed said that “It is strange to see that a man who introduced the Shariat Bill in the country is now talking about secularism,” adding, “It is time that all ideological parties united to protect the sanctity of the kalma.” I don’t know whether these reformers really know the meaning of term “liberal” and the theory of liberalism or not. I suspect, they don’t.

This type of extreme thinking based upon deliberate lies and sheer ignorance causes both exploitation and social polarization. To counter it, the state needs to come up with the counter-narrative to explain what religion is, what it actually says and demands from its followers. This is one side of the picture the other is maybe darker, more terrifying, and more irritating. That is of the ‘leftists’. Uneducated, semi-educated and some western indoctrinated so-called scholars think and believe that liberalism is exclusively concerned with drinking, dancing, romancing, sex out of wedlock, advocating the same-sex-marriage and criticizing some particular religious and political ideologies.

This is nonsense. The question, thence, is if this is not exactly what makes one a liberal then who a liberal is and what makes him/her a liberal. Interestingly, some days ago, someone defined liberalism and told us who a liberal is. “A ‘liberal’ simply means someone who is liberated from the dominant prejudices and beliefs of his time, his surroundings and his people. A liberal is someone who is emancipated enough that he may disagree with the majoritarian and dominant point of view of his political order, religious establishment or society”.

But what about the liberals of our age in Pakistan? What they think and why? Let me give you an example which, I think, would best explain the liberals of our time. It is stated that Pakistani liberals, in general, oppose the death penalty. It’s perfectly fair if someone thinks along these lines. This is a moral and philosophical debate which should not be banned or erupted. But the problem arose when Shafqat Hussain was being sentenced to death. Some EU-supported NGOs tried to prove Shafqat Hussain a juvenile.

Why did they do so? Unfortunately, their ultimate objectives were to question Pakistan’s criminal justice system and not Shafqat’s life. Also, the Mumtaz Qadri case demonstrates a few very interesting things that Pakistani liberals who were opposing death penalty joyfully celebrated it when it was awarded to an Islamist. Then the question definitely arises: who these liberals are and whose interests do they serve?

To conclude: the Islamists (without Islam) and Liberals (without Liberalism) are on the same page but at different corners. With different slogans but with the same nature dedicated to hogging their own vested interests.

Indian attempts to build tensions at LOC: What is Modi up to now?