The ruling party, mainstream media and social organization in India are either anti-Muslims to protect their political and economic interests or apologists for relentless violence being committed against innocent men and women on the basis of their faith. Read this piece to understand the rise of Islamophobia in India. 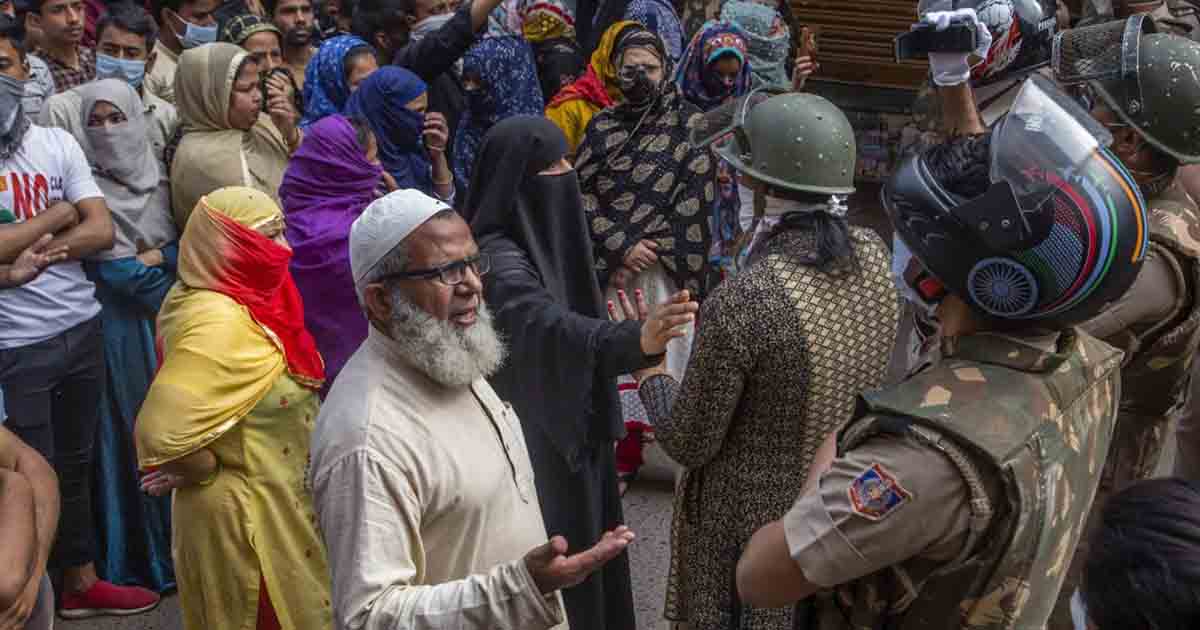 “We know where the Muslim population is in large quantity, there is always trouble — because the Islamic ideology says so,” said Bharatiya Janata Party (BJP) MP Subramanian Swamy. Dr Swamy expressed not only his personal understanding of Islam but also what his party talks about, say analysts. The ruling party MP also said that “Muslims do not fall into the equal category”.

Top Indian politician from ruling BJP Dr. Subramanian Swamy says Muslims are not equal citizen and if they are more than 30% they are threat to India. Such a big hate monger is a former cabinet member in the so called “largest democracy”?? #Islamophobia #India pic.twitter.com/EfcUL5txcZ— Waseem Abbasi (@Wabbasi007) April 2, 2020

With the rise of COVID-19 across the world, Indian extremists blamed Muslims for the spread. Muslims have reportedly been denied entry to hospitals to get treated. Academics and experts note that the rise of Islamophobia in India is due to the rise of BJP, a political offshoot of RSS. The Rashtriya Swayamsevak Sangh (RSS) was founded on October 25 in 1925. It is an anti-Muslim, far-right organization which intends to implement Hindutva in India.

Since the electoral win of Indian Prime Minister Narendra Modi in 2014, the country has been undergoing a massive socio-political change and moving towards an extremist Hindu state. Media reports suggest that freedom is under threat in India where secular values are being replaced with extremist Hindu ideologies. In PM Modi’s India, religious minorities enjoy little space to practice their religion freely.

Muslims are the most vulnerable target for the extremists in India. They are being offered by them with two options; become Hindu or leave the country. “First, a campaign was launched to convert religious minorities to Hinduism. The right-wing groups called it ‘home-coming.’ Now, they are demanding bans on certain books and beef-eating. Those who don’t listen to these groups are being targeted every now and then,” Rakesh Batabyal, an associate professor at the Centre for Media Studies in New Delhi, told an international media outlet.

Senior leader of Peoples’ Democratic Party (PDP), Muzaffar Hussain, last year expressed his anger and warned Indian leadership of one more partition if atrocities against Muslims are not halted. “I want to tell Prime Minister Narendra Modi that he should put an end to the killing of Muslims in the name of cow slaughter. This country has once been partitioned into two, and there can be more partitions if killings of Muslims are not stopped immediately,” Mr Hussain stated.

Markandey Katju, a former Indian Judge, has recently stated that Indian democracy is under threat not because of Muslims or Pakistan but solely because of the sitting Indian Prime Minister who is transforming secular India into an extremist Hindu state.

PM Modi before his election focused on economic development and re-imagination of Hinduism. Previously, India was theoretically a secular multi-nation state but Modi’s induction to power exposed ground realties of Indian society. Now political analysts are convinced that it might be a democracy on paper but the reality is totally different and largely disappointing. Anish Kapoor, a sculptor, wrote an insightful piece back in 2015 when Modi was first elected to power. He maintained that social cohesion of India would soon be challenged since there was going to be a Hindu Nation with an imaginative glorious past.

Hence, the BJP is, if anything, a revivalist Hindu nationalist party following a fascist political ideology to implement a religiously dominated idea of Hindu culture. “The country’s openness to social and religious minorities (more than 500 million people) and regional differences is at serious risk. Of late, Modi’s regime has effectively tolerated – if not encouraged – a saffron-clad army of Hindu activists who monitor and violently discipline those suspected of eating beef, disobeying caste rules or betraying the “Hindu nation”, wrote Kapoor.

He further feared: “This alarming erosion of democracy is a slippery slope that may end up targeting not just minorities and ‘outsiders’ but any dissenting ‘insiders’. What I’ve seen happening is a spirit of fear taking hold, which threatens to silence activists, artists and intellectuals alike. We’ve never known that before. A Hindu version of the Taliban is asserting itself, in which Indians are being told that “It’s either this view – or else.” A friend told me, “There is huge oppression of anyone who’s different.”

It is yet to be seen how the world and international civil society react to the rise of religious extremism and gross violation of human rights taking place in India. Sir Anish Kapoor fairly urged the liberals living outside India that “In Britain, we have a responsibility to speak out against it”. Pakistani PM has informed the International community of the dangerous situation that is brewing up in the region. He said that if the international community does not step in to solve this grave issue, the world would have to experience negative repercussions.

Modi and Trump have their first call after his inauguration