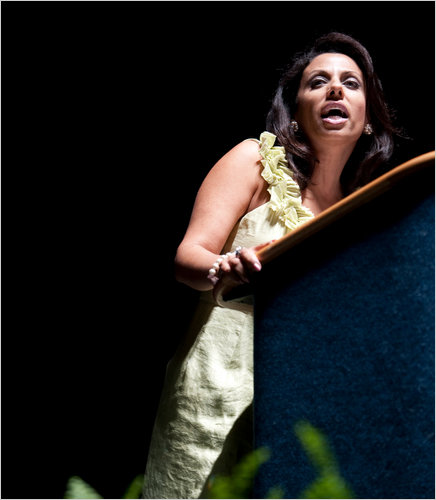 A $5,000 reward is being offered to help catch the attacker who stabbed a Muslim woman, in Houston, during a hate-filled attack.

According to the Houston chapter of the Council on American-Islamic Relations (CAIR-Houston), the 25-year-old victim, who is white and wears an Islamic head scarf (hijab), says she was driving home early Thursday morning from her job as a nurse when her vehicle was almost sideswiped by a red SUV in northwest Harris County.

When the victim pulled over and got out of her vehicle to check for damage after the near accident, the attacker made a U-turn and pulled up behind the victim’s vehicle.

Islamophobia is not just an act of misrepresentation of Islam but the guiding force behind Islam’s misinterpretation. It is a hostile attitude against Muslims on the basis of their religion and a desire to annihilate Islam as a religion.

The driver reportedly got out of his SUV and began shouting obscenities and racial and religious slurs such as, “Oh my God, it’s a r**head,” “It’s an f***ing r**head,” “sand n*****” and other derogatory terms. She believes it was because she was wearing a hijab. “She said a driver nearly sideswiped her,” said Sobia Siddiqui, with the Houston office of the Council on American Islamic Relations. “She thought it was road rage.”

The victim tried to get back in her vehicle, but the passenger side door was locked. At that point the attacker began waving a knife in the victim’s face and then hit her with its handle on her shoulder and arms. A man who was riding in the alleged attacker’s SUV got out and tried to restrain him, but not before the woman was stabbed in the arm. The attacker’s passenger reportedly convinced him to get back in his SUV and they left the scene.

The victim returned to the hospital where she works to have her injury treated. The alleged attacker and the man who was with him are described as white males, 20 to 35 years of age. The alleged attacker had tattoos on his arms and neck. “We hope that anyone who has information about this potentially deadly and apparently bias-motivated attack will immediately contact law enforcement authorities,” said CAIR-Houston Executive Director Mustafaa Carroll.

Officials with the Harris County Sheriff’s Office are investigating the case. The latest attack comes on the heels of “Punish a Muslim” day on 3rd April held throughout the Western world by right wing extremists. A letter encouraging indiscriminate attacks and abuse against Muslims was circulated across various cities in the United Kingdom. Citizens in London, in Yorkshire, Leicester and other cities have reported having seen or received the letter. The pamphlet promises a celebration of ‘Punish a Muslim Day’ on April the 3rd.

A $5,000 reward is being offered to help catch the attacker who stabbed a Muslim woman, in Houston, during a hate-filled attack. When the victim pulled over and got out of her vehicle to check for damage after the near accident, the attacker made a U-turn and pulled up behind the victim’s vehicle.

The letter promises rewards for the different kinds of attacks against Muslims, after hurling accusations such as ‘They [Muslims] have hurt you. They have made your loved ones suffer. They have caused you pain. What are you going to do about it?’ The rewards promised include 10 points for verbally abusing a Muslim, 25 points for pulling the headscarf off a Muslim woman, 50 points for throwing acid onto the face of a Muslim, 1000 points for bombing a mosque and 2500 points for nuking Mecca.

Islamophobia, or an irrational fear of Islam and/or Muslims, has been on the rise for a number of years not just in the USA but across the Western World.  Apart from being targeted by racial epithets such as ‘Paki’, Muslims are also barred from a number of jobs. And in the US, studies show that in 2015 and 2016, hate crimes and attacks against Muslims skyrocketed. According to a 2017 Pew Research center analysis, which relied on FBI statistics, assaults on Muslims have “easily surpassed” post-9/11 levels.

One factor that experts often point to is the rise of Donald Trump.

As a presidential candidate, Trump made frequent use of anti-Muslim rhetoric, saying things like, “I think Islam hates us,” and suggesting that he was not opposed to the idea of a Muslim database. After taking office, Trump signed an executive order barring Muslims from several Muslim-majority countries from entering the US. He’s appointed people who have espoused anti-Muslim views to key cabinet positions. And he’s even circulated anti-Muslim videos to his tens of millions of Twitter followers.

Since the start of the 21st century, the world has started to see a rise in far-right terrorism usually revolving around the social prejudice of Islamophobia. Islamophobia is described as “a deliberate perversion of Islam in the hope of bringing Islam down once and for all.” Islamophobia is not just an act of misrepresentation of Islam but the guiding force behind Islam’s misinterpretation. It is a hostile attitude against Muslims on the basis of their religion and a desire to annihilate Islam as a religion.

Previous articleSeven Palestinians killed as new clashes erupt along Gaza border
Next articleStrengthen your bones without consumption of dairy products!