On Sunday Islamic Jihad group fired rockets towards Israel after one of their prominent fighters was killed by Israeli forces. In retaliation, Israel conducted airstrikes on the sites of the group. Today as many as 80 rockets were again fired by PIJ. As a result, PM Netanyahu has warned Gaza of all-out war. 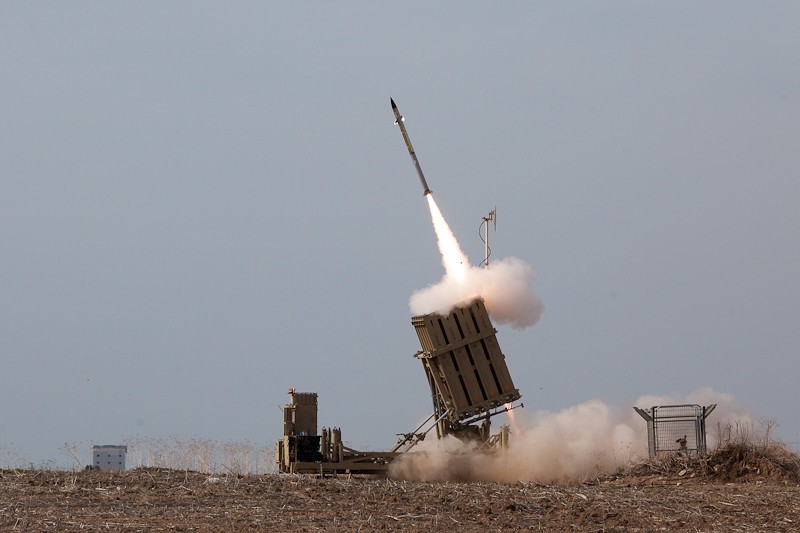 Israeli Prime Minister Benjamin Netanyahu has said, Israel will stop at nothing to ensure its security and may well launch a broad military campaign against Gaza if the local armed groups continue with missile strikes.
Air raid sirens were heard across southern Israel for the second straight day. The IDF said that some 50 rockets were fired from Gaza at Israeli territory, with 90 percent of them intercepted.

The missile strikes were met with a harsh response, with the Israeli Defense Forces confirming on Twitter that multiple strikes against targets in Gaza have been carried out.

“We are now hitting with planes, tanks, and helicopters,” Netanyahu announced as he visited an Iron Dome air defense system battery in the Ashdod area. He also added a special message for the leaders of Hamas and Palestinian Islamic Jihad (PIJ) militants.

80+ rockets have been fired at Israel since yesterday.

Speaking later in the day at the Israeli settlement of Ariel in the West Bank, Netanyahu added more threats.

“I don’t plan to let up… Beyond the hard strikes on our enemies, Hamas and Islamic Jihad need to understand – this [missile attack against Israel] won’t continue. If they do not completely stop, we will have to activate the plan we prepared for a broad campaign.”

Netanyahu said he was well aware of the price that IDF troops – who are conscripts – and their families would pay in such a campaign.

“I am not rushing into war,” the PM said, but if Israel is forced to launch a major offensive, “woe to Hamas and Islamic Jihad when that day comes!! It’s their choice.”

Netanyahu stressed his threats were not empty words, and that he would “do what it takes” to restore security for the people in southern Israel.

The age old tree in a forest falling question revisited .. If a bomb drops in #Gaza & MSM deliberately fails to report it .. did it drop? Did people die? Do we care? Israeli airstikes on Gaza Strip #Palestine https://t.co/P21I40JEG8

On the other side:

Islamic Jihad resumed firing rockets at Israel from Gaza Monday night amid ongoing Israeli airstrikes, damaging hopes for an end to a two-day flare-up a week before the Jewish state’s election.

The militant Islamist group announced Monday evening it had ceased firing rockets but backtracked about an hour later after Israel continued striking its forces in the Gaza Strip.

“We announced the end of our military response… but the enemy did not commit and struck our base and our fighters,” a statement from the group said.

Islamic Jihad, which is allied to Gaza’s Islamist rulers Hamas, has fired some 60 rockets towards Israel since the killing of one of its fighters Sunday morning, according to the United Nations.

Islamic Jihad said late on Monday that its “military response” to Israel has been completed, at least for now. The rocket barrage came after videos emerged online of the IDF using a bulldozer to bury the body of a Palestinian man, killed as he allegedly tried to place a bomb at the border fence in the Gazan town of Khan Yunis.

Israeli reprisal strikes targeted not only Gaza, but also the “terror sites belonging to the PIJ terror group south of Damascus in Syria,” according to the IDF. However, most of the Israeli missiles were intercepted by Syrian air defenses.

US State Dept removes ‘Palestine’ as a country from its website

All the UAE’s men: Gulf crisis opens door to power shift in Palestine