Israel and the gimmickry of geopolitics 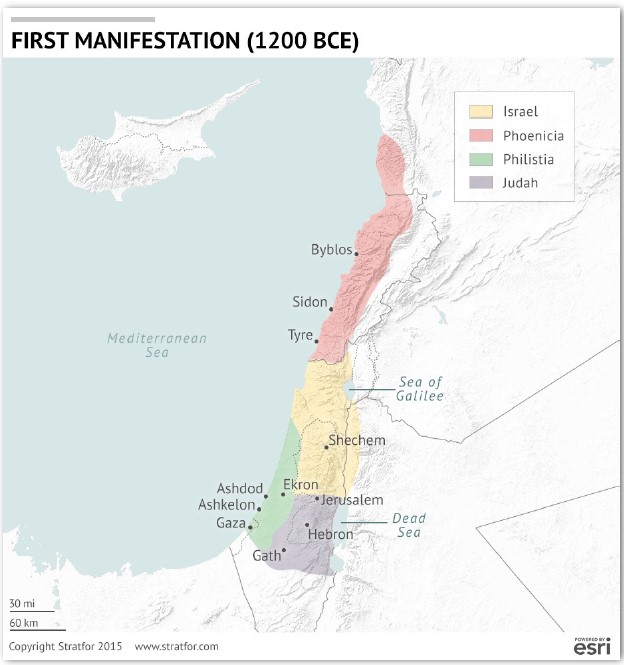 There are signs that the war in Syria may be winding down. The Trump administration has “shifted its policies in Syria away from arming and aiding Salafist/jihadist terrorist fighters and is now allying exclusively with Kurdish” forces, brokered a ceasefire agreement for southwest Syria with Russia and Jordan, and now has an agreement with Russian and Kurdish forces to prevent confrontations between the Russian-backed and American-supported forces. Moscow based, geopolitical analyst Andrew Korybko writes:

Lavrov is even quoted on record as saying that “Moscow and Washington did their utmost to take Israel’s security interests into account while setting up the de-escalation zone.”

In a prior article, I speculate “that the infamous “Yinon Plan” is still the end goal for Syria as Russia and the US do a dangerous dance to realize their mutual ally Israel’s plans for Syria.” I suspect the balkanization of Syria will be done somewhat diplomatically with Assad having to make extreme concessions or face being forced to step down by Russia. I posit this because the war on Syria is a war for Israel’s interests, Russia and Israel are obvious allies, and the Assad government recently accepted “de-escalation” (safe) zones due to Russia’s leading participation in the initiative, which may be the precursor of what will eventually lead to the permanent fracturing of Syria.

This is very difficult for some in the alternative media community to understand, but some historical perspective is needed. In a 2011 Guardian article titled ‘Israel’s former Soviet immigrants transform adopted country’, former Jerusalem correspondent, Harriet Sherwood, writes:

“The million-plus citizens of the former Soviet Union who emigrated to Israel in the past 20 years have not only made new lives of their own but they have transformed their adopted country. They have influenced the culture, hi-tech industry, language, education and, perhaps most significantly, Israeli politics.” …

Now the third largest force in Israeli politics and a key member of the ruling coalition, Yisrael Beiteinu has enjoyed success mainly as a result of its support among Russian-speaking immigrants.

“It was a very different type of immigration,” said Lily Galili, an Israeli journalist writing a book about the impact of the tidal wave from the former Soviet Union. “They didn’t want to integrate. They wanted to lead. They changed the nature of the country.

Read more: The Monster and the US-Israel-Russia dirty game

Nowhere is this more apparent than in Israeli politics, particularly in the rise of Avigdor Lieberman, Israel’s Moldova-born foreign minister, and his far-right party, Yisrael Beiteinu. Now the third largest force in Israeli politics and a key member of the ruling coalition, Yisrael Beiteinu has enjoyed success mainly as a result of its support among Russian-speaking immigrants. Lieberman and his party have pursued a relentlessly right-wing agenda, opposing concessions in peace negotiations with the Palestinians, supporting settlement expansion, seeking to curb the rights of Israel’s 20% Arab population and attacking leftist NGOs and campaigners.” …

“But, she added, there would be no going back. “For many years the joke was that Israel had become the 51st state of the US. Instead, we have become just another Soviet republic. It’s quite a twist in the story.”

So how much control does Russia currently have over Israeli politics? Vladimir Putin has openly stated that 80-85% of the Bolshevik revolution leadership were radical Jews yet, like Donald Trump, Putin is surrounded by Jewish power “elite”. Israel, and its lobby, operates as an illegal foreign agent in the US, has major control over US politics, steals US technology and gives it to China and Russia, and Israel was the primary mover behind the September 11, 2001 attacks.

Now we see China getting more involved in Syria. Towards the end of 2016, China began providing military assistance and aid to the Syrian government. It seems the “New Silk Road” may go through Syria. The roving correspondent for Asia Times, Pepe Escobar, writes:

“Qin Yong, deputy chairman of the China-Arab Exchange Association, announced that Beijing plans to invest $2 billion in an industrial park in Syria for 150 Chinese companies.” …

“China, Russia, and Iran will have priority over anyone else for all infrastructure investment and reconstruction projects when the war is over.

Then comes investment in agriculture, industry, and connectivity – transportation corridors in the Levant and connecting Syria to Iraq and Iran (other two Obor hubs).

The New Silk Roads, or One Belt, One Road Initiative (OBOR), will inevitably feature a Syrian hub – complete with the requisite legal support for Chinese companies involved in investment, construction and banking via a special commission created by the Syrian embassy, the China-Arab Exchange Association and the Beijing-based Shijing law firm.” …

Read more: It is check and mate for Israel in Golan Heights

“Few remember that before the war China had already invested tens of billions of US dollars in Syria’s oil and gas industry. Naturally, the priority for Damascus, once the war is over, will be the massive reconstruction of widely destroyed infrastructure. China could be part of that via the AIIB [Asian Infrastructure Investment Bank]. Then comes investment in agriculture, industry, and connectivity – transportation corridors in the Levant and connecting Syria to Iraq and Iran (other two Obor hubs).”

All of this hinges on the end of the war in Syria, which has been raging for over six years. China’s involvement obviously adds an intriguing dynamic, and it should be no surprise that Israel and China have a very strong partnership. Andrew Korybko in his recent article, ‘Why is China choosing to partner with Israel and Saudi Arabia?’ writes:

“Reuters reported that Chinese Premier Li Keqiang reminded everybody that “The Chinese people and the Jewish people are both great peoples of the world”, with The Diplomat emphasizing Netanyahu’s declaration that Chinese-Israeli ties are “a marriage made in heaven”.

Apart from the high-sounding rhetoric, both sides engaged in talks about boosting their technological-security cooperation with one another, with observers noting that China is one of Israel’s largest trade partners.

Correspondingly, Netanyahu asked his counterparts to allow Israeli companies greater market access for their high-tech goods in the country in exchange for inviting more Chinese investment to Israel.” …

“Netanyahu revealed in an interview with the Times of Israel that he discussed the so-called “Red-Med Railway” with China during his trip, which, just as the name implies, will connect the Red Sea with the Mediterranean via Eliat and Ashdod.

Although a very small country, Israel is obviously a major player on the global stage working with all the major Eastern and Western governments.

I wrote about this route over 2 years ago in a two-part series of articles for Oriental Review about the ties that multipolar countries were cultivating with Tel Aviv, and I suggest that readers take the time to review “Israel And The Multipolar Bag Of TRICs” and “The Russian-Chinese Strategic Partnership Strikes Israel”.

Although a small country, Israel is obviously a major player on the global stage working with all the major Eastern and Western governments. And it was Western Anglo-Zionist plutocrats who built China up to be the great economic power that it is today. In a 2015 article titled ‘China’s AIIB: What You Need to Know’, independent journalist, James Corbett writes:

“I question why and how China has been allowed (or, more accurately, actively aided) to rise to “emerging power” status by the very same kingmakers and oligarchs who have presided over the age of Pax Americana. I see the growth in power and influence of oppressive and tyrannical regimes as an unmitigated disaster, whether it’s the tyranny of the NATO powers or the tyranny of the forced-abortion, one-child-policy, total-internet-censorship, literal-one-party-dictatorship Chinese Communist Party. And I see the rise of an alternative structure of global governance to be equally as poisonous as the existing structure of global governance (and, in fact, part of the plan all along to create a dialectic from which “global government” is the only possible synthesis).”

Just recently, the US passed a law to issue more sanctions on Russia (and Iran and North Korea) for debunked claims that Russia hacked Democratic National Committee emails last year. These new sanctions are in addition to the 2014 sanctions on Russia for allowing Crimea to democratically join the Russian Federation after the Western backed coup in Ukraine. The 2014 sanctions were introduced by the US, EU and Canada. Although the sanctions have had some negative effects on Russia, they have pushed Russia and China closer together, speeding up the signing of a historic 30 year, $400 billion gas deal, and increased Russia’s food security to record levels. This new round of sanctions on Russia will continue to push China and Russia closer together, and quite possibly the EU and Russia. Pepe Escobar writes:

“Economic war has been declared against Russia for at least three years now. The difference is this latest package also declares economic war against Europe, especially Germany.

That centers on the energy front, by demonizing the implementation of the Nord Stream 2 gas pipeline and forcing the EU to buy US natural gas.” …

“On the Russia-China strategic partnership front, trying to restrict Russia-EU energy deals will only allow more currency swaps between the ruble and the yuan; a key plank of the post-US dollar multipolar world.” …

“A possible Germany-Russia alliance, as I’ve written before, rounds up the China/Russia/Germany entente capable of reorganizing the entire Eurasian land mass.

The Russia-China strategic partnership is extremely attractive to German business, as it smoothes access via the Belt and Road Initiative (BRI). According to the [Escobar’s] business/political source, “the US is at war with China and Russia (but not Trump, our President) and Germany is having second thoughts about being nuclear cannon fodder for the US. I have discussed this in Germany, and they are thinking of renewing the Reinsurance Treaty with Russia. No one trusts this US Congress; it is considered a lunatic asylum. Merkel may be asked to leave for the leadership of the UN, and then the treaty would be signed. It will shake the world and end any thought of the United States being a global power, which it isn’t anymore.”

Is US leadership really this ignorant? Maybe on the Congressional level, but President Trump has corroborated some of what has been mentioned above regarding this new Russia sanctions bill. However, his hands are tied, and Trump is completely beholden to Jewish power.

Once the war in Syria winds down, China will gain a foothold in Syria to rebuild parts of the country. Russia just signed a deal to keep its military base in the Latakia Province for almost half a century, and it was recently reported that Russian military police are monitoring a newly established safe zone on the Syrian side of the Golan Heights. It is rumored that Russia may be planning to establish a base there too, which most in the alternative media will interpret as Russia protecting Assad from Israel. If it comes to fruition, which I think it will, the base will be there for Russia to protect Israel. We could be seeing the beginning of Russia taking over Israel’s defense from the US. Even mainstream magazine, The Week, postulated this in a 2015 article.

From what I can tell, the same Anglo-Zionist plutocrats who run Trump and the US are the same group who control Putin and Russia and have built up China. They appear dead set on destroying the West while continuing to build up the East. Is this what they mean by a “New World Order”? If so, Israel is playing a major role in establishing it.

Joseph Davis is an independent blogger from Memphis, Tennessee, USA. The views expressed in this article are the author’s own and do not necessarily reflect Global Village Space’s editorial policy.