Israel blocks entry of US Muslim congresswomen Omar and Tlaib

The decision has drawn widespread criticism from American and international quarters, as a flagrant defiance of international law and evidence of Israel’s systematic Islamophobia. 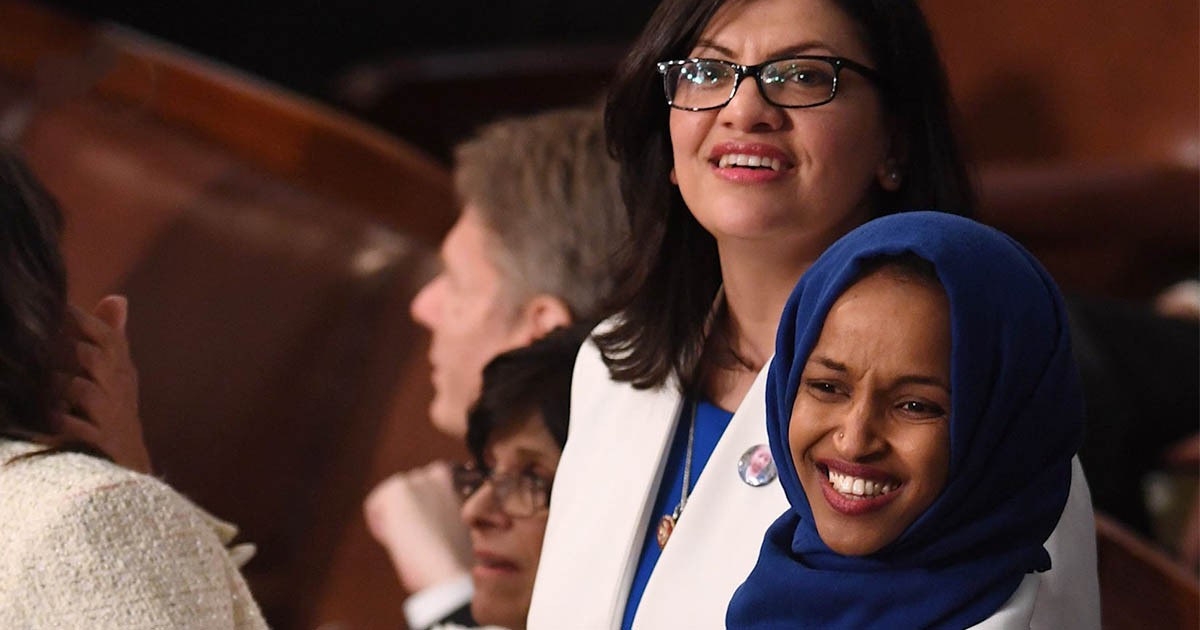 US Congresswomen Ilhan Omar and Rashida Tlaib were meant to visit Israel next week, where they planned to visit the cities of Bethlehem, Hebron, Ramallah, and Jerusalem, and to join members of the Palestinian Authority at the Temple Mount (called Haram al-Sharif by Muslims). It is a major Holy site for Christians, Muslims and Jews that has been a major religious crucible for centuries and equally a point of contention as it is the “holy land” for all three religions.

The Congresswomen were refused entry on Thursday as confirmed by Israeli Deputy Foreign Minister Tzipi Hotovely. According to the office of the Israeli PM, the trip was organized by a non-profit organization, known as Miftah. The organization’s anti-Israel stance was taken as sufficient grounds to disallow the Congresswomens’ trip. The two were meant to visit the West Bank where Tlaib happens to have a family.

The two Congresswomen have been significant supporters of the Boycott, Divestment and Sanctions movement (BDS), which aims to force Israel to change its approach to the Palestinians through worldwide economic and social pressure.

The first female Muslim members of the US Congress, the two women of color have been staunch critics of President Trump, particularly on his stance towards Muslims and his infamous “Muslim ban”. Along with the rising star of the American left Alexandria Ocasio-Cortez, they have been the most prominent voices to chastise the US government on its immigration policies, particularly on the state of migrant camps and the use of ICE (US Immigration and Customs Enforcement). Donald Trump took exception to this and responded with the controversial remarks that they should “go back” to their country. This response smacked of racism and Islamophobia to many observers.

"They insist on bringing the concerns of historically marginalized communities into the rooms where decisions are made, even when that is seen as impolite or inappropriate."https://t.co/imzufFi42r— Rep. Ilhan Omar (@Ilhan) August 8, 2019

It would show great weakness if Israel allowed Rep. Omar and Rep.Tlaib to visit. They hate Israel & all Jewish people, & there is nothing that can be said or done to change their minds. Minnesota and Michigan will have a hard time putting them back in office. They are a disgrace!

Omar stated that “Trump’s Muslim ban is what Israel is implementing, this time against two duly elected Members of Congress. Denying entry into Israel not only limits our ability to learn from Israelis, but also the Palestinian territories.”

She added: “Sadly, this is not a surprise, given the public positions of Prime Minister Netanyahu, who has consistently resisted peace efforts, restricted the freedom of movement of Palestinians, limited public knowledge of the brutal realities of the occupation and aligned himself with Islamophobes like Donald Trump.”

Tlaib said that the decision to block their entry showed “weakness” on the part of Israel.

It is an affront that Israeli Prime Minister Netanyahu, under pressure from President Trump, would deny entry to representatives of the U.S. government.

House Speaker Nancy Pelosi commented: “Israel’s denial of entry to Congresswomen Tlaib and Omar is a sign of weakness, and beneath the dignity of the great State of Israel. I pray that the government of Israel will reverse that denial.” Alongside with urging a change in the decision, she also emphasized that she was “deeply saddened” by this development.

The Israeli lobby in the US is immensely powerful and sprawls across multiple industrial and religious sectors, which is partly why it enjoys strong support from a broad spectrum of politicians including all shades of Democrats and Republicans. The two countries have extensive cooperation in every field, particularly in defense and intelligence sharing as Israel is America’s all-weather ally in a largely hostile region. The United States and Israel signed a pact in September 2016, to provide Israel with $38 billion in military assistance over the next 10 years. This agreement is the single largest one of its nature that the US has ever provided any other country.

However, this development has angered prominent Democrats as it is in such clear violation of typical freedom of speech values that are held in progressive democracies, which Israel and the US both claim to be. Even typically pro-Israel congress members are opposed to this move.

"Ilhan Omar and Rashida Tlaib were barred from entering Israel. The damage will extend far beyond their blocked visit" https://t.co/nsqmvNpnJB— TIME (@TIME) August 16, 2019

The two Congresswomen have been significant supporters of the Boycott, Divestment and Sanctions movement (BDS), which aims to force Israel to change its approach to the Palestinians through worldwide economic and social pressure. BDS activists want companies to stop doing business in Israel and academics and cultural figures to stop collaborating with Israeli colleagues. Big companies, like Sodastream, have faced sales cut to the movement.

India and France set to intimidate China in Indian Ocean

I cannot form Israel govt, Netanyahu puts his hands up