The UN has once again voiced its opposition towards Israel's annexation of West Bank, which is part of Trump's Middle East peace deal. Despite international condemnation, the US continues to support Israel's policy. 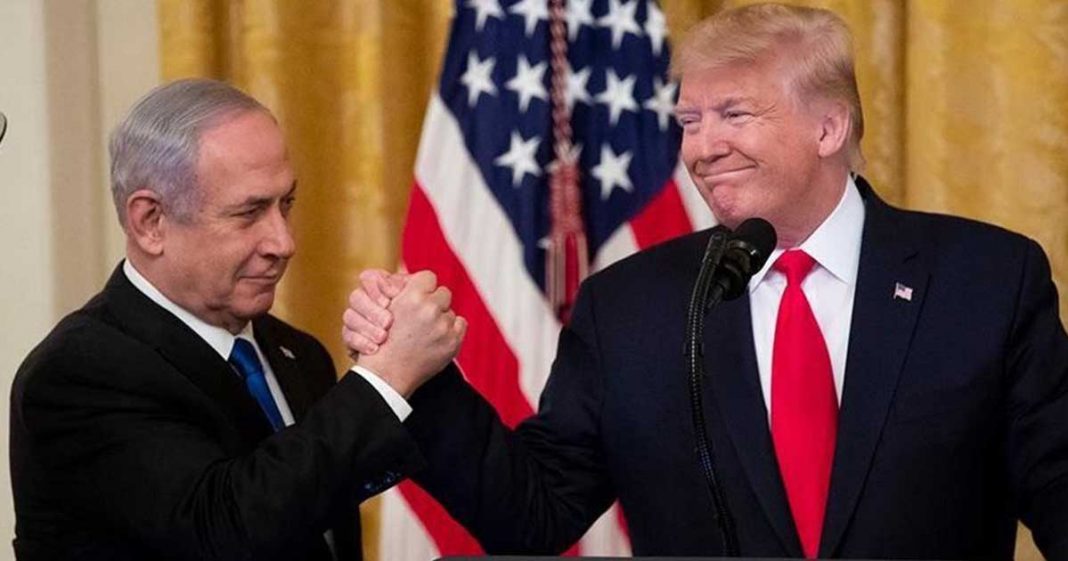 The United Nations and European and Arab powers on Wednesday warned Israel that its plans to annex Palestinian land would deal a major blow to peace but the United States offered its green light.

One week before Israeli Prime Minister Benjamin Netanyahu is expected to start the annexation process, a UN Security Council session provided a final opportunity for the international community to urge him to change course.

I call on the Israeli Government to abandon its annexation plans, and urge Israeli and Palestinian leaders to commit to meaningful dialogue, with the support of the international community.https://t.co/NTVYXJSuhE— António Guterres (@antonioguterres) June 24, 2020

“I call on the Israeli government to abandon its annexation plans,” UN Secretary General Antonio Guterres told the virtual conference.

The UN coordinator for the Middle East, Nickolay Mladenov, said annexation “could irrevocably alter the nature of Israeli-Palestinian relations.”

“It risks upending more than a quarter of a century of international efforts in support of a future viable Palestinian state living in peace, security and mutual recognition with the State of Israel,” he said.

“Under international law, annexation would have consequences for our close relationship with Israel and would not be recognized by us,” they warned.

Arab League says the annexation "will destroy any prospect for peace in the future"https://t.co/u78p0KPmGP— WION (@WIONews) June 24, 2020

US continues its support

But the administration of President Donald Trump, a close ally of Netanyahu, has declined to criticise annexation and has rejected the consensus of most of the world that Israeli settlements on Palestinian land are illegal.

“Decisions about Israelis extending sovereignty to those places are decisions for the Israelis to make,” Secretary of State Mike Pompeo told reporters in Washington.

Pompeo indicated that #Israel had the US green light to annex #Palestinian land, amid wide criticism of the Jewish state's plans

"Decisions about Israelis extending sovereignty to those places are decisions for the Israelis to make," Pompeo told reporters https://t.co/E1OLUfM8if

Trump in January unveiled a Middle East plan that would pave the way for Israel to annex areas around Jewish settlements and the Jordan Valley that it captured in the 1967 Six-Day War.

The Palestinians, in turn, would have an independent state but one that is demilitarized with a capital on the outskirts of hostly contested Jerusalem.

The plan also calls for major economic investment into Palestinian areas, funded largely by Gulf Arab states that find common cause with Netanyahu and Trump in hostility toward Iran.

But US allies including the United Arab Emirates and Jordan, one of two Arab states to have a peace treaty with Israel, have warned that annexation would jeopardize the Jewish state’s hopes for better ties.

Pompeo brushed aside such concerns, saying the United states was “talking to all of the countries in the region” about the weeks ahead.

“I regret only that the Palestinian Authority has refused to participate in that,” Pompeo said.

At the United Nations, Palestinian representative Riyad al-Malki said annexation would be a “crime.”

“Israel seems determined to ignore that big red stop sign the international community erected to save lives,” he said.

"More than 400 Jewish and Israel studies academics have signed a statement denouncing potential Israeli annexation of parts of the West Bank as 'apartheid' and saying it would be a 'crime against humanity.'” https://t.co/PW695RY9NP— Kenneth Roth (@KenRoth) June 14, 2020

He warned that the Palestinians could approach the International Court of Justice and urged nations to impose sanctions on Israel if it goes ahead.

European nations, while opposed to annexation, have been split on how severely to respond if Israel goes ahead. Israel’s UN ambassador Danny Danon criticised the Palestinians, saying the stalemate was due to their refusal to negotiate.

“Some in the international community choose to reward the Palestinians’ rejectionism and ignore reality,” he said.

“Instead of confronting the Palestinian leadership, they have tried to appease them by buying every rotten bill of goods the Palestinians were selling.”

Netanyahu can begin to consider annexation on July 1 under a coalition deal with his centrist rival turned partner Benny Gantz, who has been more cautious, especially in assessing reaction in the United States.

Joe Biden, the presumptive Democratic nominee for president who leads Trump in polls, has voiced opposition to annexation.

AFP - 7 May 2021
The strong figures will provide cheer to China's leaders who are looking to recalibrate the economy from state investment and exports-led growth to one more reliant on domestic consumer demand.