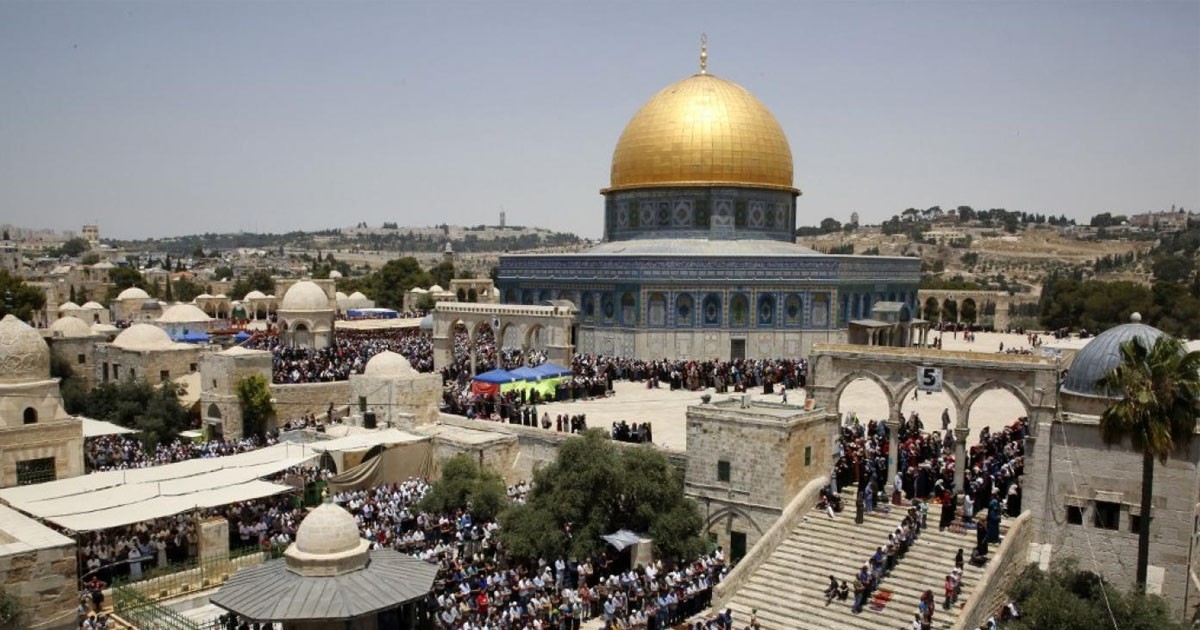 Israel’s agriculture minister along with scores of Jewish settlers forced their way on Wednesday into East Jerusalem’s flashpoint Al-Aqsa Mosque compound, according to a Palestinian official.

Uri Ariel along with at least 40 settlers stormed the compound through al-Mugharibah and toured the compound, passing near the Dome of the Rock and al-Qibali Mosques – Firas al-Dibs, a spokesman for Jerusalem’s Jordan-run Religious Endowments Authority, said.

According to al-Dibs, the settlers’ incursion was backed by dozens of Israeli police officers.

The move comes amid tensions in Jerusalem after a series of clashes with Palestinians and the subsequent arrest of a Palestinian officials and dozens of activists by Israeli forces.

For Muslims, Al-Aqsa represents the world’s third-holiest site. Calling the area the Temple Mount, Jews say it was the site of two Jewish temples in ancient times.

Israel occupied East Jerusalem during the 1967 war. It annexed the entire city in 1980, claiming it as the capital of the Jewish state in a move never recognized by the international community.

In a related development, thousands of extremist Jewish settlers backed by Israeli army forces stormed a local shrine near the occupied West Bank city of Nablus at dawn today.

After arriving in hundreds of buses, about 3,500 Jewish settlers forced their way into the site, where they performed Talmudic rituals – Ahmed Shamekh, an official at the nearby Balata Palestinian refugee camp, said.

According to Shamekh, the settlers were accompanied by hundreds of Israeli soldiers and dozens of military vehicles.

He said clashes erupted with Palestinian youths, during which two were injured by Israeli gunfire.

The religious site, which Jews refer to as “Joseph’s Tomb,” has long been a flashpoint for violence.

Jews believe it to be the burial place of the biblical patriarch Joseph. Muslims, however, challenge this assertion, saying an Islamic cleric — Sheikh Yussef Dawiqat — was buried at the site two centuries ago.

Indian government turns down donor funding: ‘will pay ourselves’

PSL: Shane Watson to play in Pakistan after 14 years