Israeli Prime Minister Benjamin Netanyahu on Wednesday asked parliament for immunity, weeks after the embattled premier was indicted on a range of corruption charges. 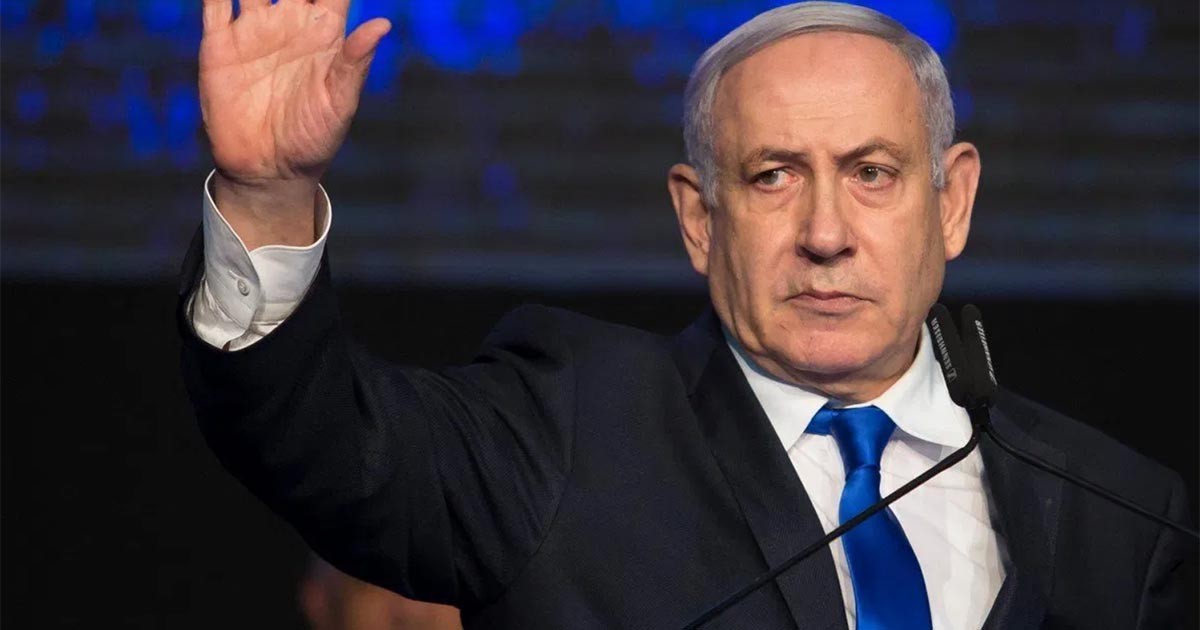 Israeli Prime Minister Benjamin Netanyahu on Wednesday asked parliament for immunity, weeks after the embattled premier was indicted on a range of corruption charges. Netanyahu, Israel’s longest-serving premier, is fighting for his political survival on two fronts — the corruption allegations and stiff opposition from a new centrist party.

The immunity request is expected to delay the start of court proceedings for months, as lawmakers are not due to vote on the matter until after March 2 elections. The request is “in line with the law… (and) with the goal of continuing to serve you, for the future of Israel,” Netanyahu told reporters in Jerusalem.

Israeli Prime Minister Benjamin Netanyahu said he'll seek parliamentary immunity in three corruption cases against him, in a speech on live television hours before the expiry of a crucial deadline https://t.co/YFkNDYRUN1 pic.twitter.com/h5IZfZpugU

His spokesman Ofer Golan later confirmed the request had been submitted to the speaker of Israel’s parliament, the Knesset. Netanyahu was charged by the attorney general in November with bribery, fraud and breach of trust in three separate corruption cases.

The leader of the right-wing Likud party denies the allegations and accuses prosecutors and the media of a witch hunt. Reacting to the premier’s announcement, his rival Benny Gantz, the leader of the centrist Blue and White party, said “Netanyahu knows that he is guilty.”

Gantz said his own party will do everything it can to “prevent immunity”. “In Israel, nobody is above the law”.

Also at stake are relations between the religious and secular in Israel, which will become even more tense, as well as Netanyahu’s gradual undermining of democracy and the rule of law.

A sitting prime minister is only required to step down once convicted and after all avenues of appeal have been exhausted.

Only the people decide

But legal experts have asked the Supreme Court to rule on whether a premier can be tasked by the president with forming a new government while under indictment. A panel of three judges began looking into the matter on Tuesday, and said they would make a ruling at a later time, without giving a date.

Netanyahu has described the legal initiative as a trap. But “I don’t for a moment think that Israel’s Supreme Court will fall into this trap. In a democracy, only the people decide who will lead them, and nobody else,” Netanyahu said on Twitter on Tuesday.

Allegations against the premier include receiving gifts worth thousands of dollars and offering to change regulations in exchange for positive media coverage. Despite his legal woes, Netanyahu remains popular within Likud and last week secured a landslide victory in a leadership challenge.

He saw off a bid to wrest control of the party by one-time interior minister Gideon Saar, winning with 72.5 percent of Likud members’ ballots, compared with 27.5 percent for the challenger.

The result strengthened his position in a party he has dominated for 20 years, with Netanyahu calling it a “huge win”. Saar launched his bid after the premier failed to cobble together a governing coalition in the wake of two general elections in 2019 — one held in April, the second in September.

He said his challenge was “not because of the Likud’s ideas”, but because a failure to change leadership would bring the risk of a left-wing government.

Likud and the Blue and White party were deadlocked in April and September, necessitating a third national poll within a year.

The premier has vowed to win the March general election, although early opinion polls indicate the vote could result in yet another stalemate.

The poor showing for Israel’s longest-serving prime minister has forced Israel’s political elites to contemplate a future without Netanyahu as leader of the country. But not everybody is ready to declare Netanyahu’s political career dead.

Netanyahu not only survived the onslaught by a trio of recent military chiefs (which in the last week became, absurdly, a quartet), but he did so from the awkward and unprecedented position of running with three announced criminal indictments hanging over his head. He now claims a personal mandate, and for the almost half of the country that despises him, the situation is excruciating. To the millions that blindly support him, none of it seems to matter; it is a situation that mirrors what is evident in other democracies with a simmering internal clash of cultures.

Expect Netanyahu to try to organize various forms of immunity from prosecution, in exchange for favors for his coalition partners, some of whom will have the power to bring down his government.

Also at stake are relations between the religious and secular in Israel, which will become even more tense, as well as Netanyahu’s gradual undermining of democracy and the rule of law. That latter aspect may be the most interesting: few outside the country appreciate just how remarkable its democracy is, or has been.

The poor showing for Israel’s longest-serving prime minister has forced Israel’s political elites to contemplate a future without Netanyahu as leader of the country. But not everybody is ready to declare Netanyahu’s political career dead.

“He’s down, but not out,” said Shalom Lipner, a former Israeli official who served in the Prime Minister’s Office from 1990-2016.

But whatever differing opinions may exist, the aura of invincibility that once surrounded Netanyahu, the sense that he is Israel’s indispensable leader, has been punctured.