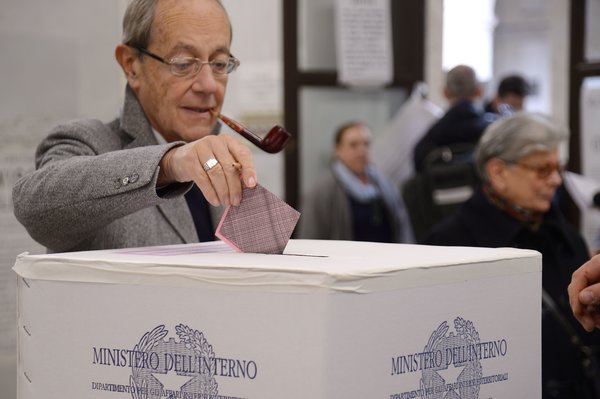 ROME — Italy plunged into political and economic uncertainty early Monday as Prime Minister Matteo Renzi said he would resign after voters decisively rejected constitutional changes, a step certain to reverberate across a European Union already buffeted by anti-establishment anger. “The ‘no’ won in an incredibly clear way,” Mr. Renzi said from the Chigi Palace. Holding back tears as he spoke in front of Italian and European Union flags, the usually brash and confident 41-year-old said, “I assume all the responsibility of the defeat,” adding that “my experience of government ends here.” He said he would go later on Monday to the country’s president, Sergio Mattarella, and “tender my resignation.” Mr. Renzi’s defeat, and the instability that his resignation is likely to cause, raised the prospect of punishment in the markets, but also a caretaker government staffed with technocrats appointed by the Italian president.
To access the complete article, please use this link: The New York Times