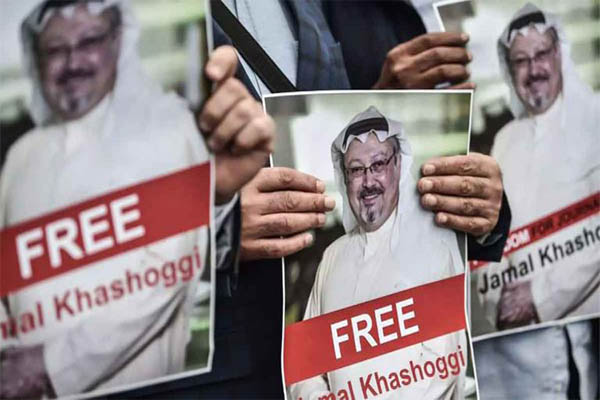 The fate of missing Saudi journalist Jamal Khashoggi, assuming that his disappearance was the work of Saudi security and military officials, threatens to upend the fundaments of fault lines in the Middle East. At stake is not only the fate of a widely respected journalist but the future of Turkish-Saudi relations.

Mr. Khashoggi’s fate whether he was kidnapped by Saudi agents during a visit to the kingdom’s consulate in Istanbul to obtain proof of his divorce or murdered on its premises, threatens to severely disrupt the US-Saudi alliance that underwrites much of the Middle East’s fault lines.

Russia and China would be at a crossroads if Saudi Arabia were proven to be responsible for Mr. Khashoggi’s disappearance and the issue of sanctions would be brought to the United Nations Security Council.

A US investigation into Mr. Khashoggi’s fate mandated by members of the US Congress and an expected meeting between President Donald J. Trump, and the journalist’s Turkish fiancée, Hatice Cengiz, could result in a US and European embargo on arms sales to Saudi Arabia and impact the kingdom’s brutal proxy war with Iran in Yemen.

It also would project Saudi Arabia as a rogue state and call into question US and Saudi allegations that Iran is the Middle East’s main state supporter of terrorism. The allegations formed a key reason for the United States’ withdrawal with Saudi, United Arab Emirates and Israeli backing from the 2015 international agreement that curbed Iran’s nuclear program and the re-imposition of crippling economic sanctions.

They also would undermine Saudi and UAE justification of their 15-month old economic and diplomatic boycott of Qatar that the two Gulf States, alongside Egypt and Bahrain, accused of supporting terrorism. Condemnation and sanctioning of Saudi Arabia by the international community would complicate Chinese and Russian efforts to walk a fine line in their attempts to ensure that they are not sucked into the Saudi-Iranian rivalry.

Russia and China would be at a crossroads if Saudi Arabia were proven to be responsible for Mr. Khashoggi’s disappearance and the issue of sanctions would be brought to the United Nations Security Council. Both Russia and China have so far been able to maintain close ties to Saudi Arabia despite their efforts to defeat US sanctions against Iran and Russia’s alliance with the Islamic republic in their support for Syrian president Bashar al-Assad.

Widely acclaimed, Mr. Khashoggi’s fate, irrespective of whether he as yet emerges alive or is proven to have been brutally murdered, is reshaping the political map of the Middle East.

A significantly weakened Saudi Arabia would furthermore undermine Arab cover provided by the kingdom for Mr. Trump’s efforts to impose a settlement of the Israeli-Palestinian conflict that would favor Israel at the expense of the Palestinians.

Finally, a conclusive determination that Saudi Arabia was responsible for Mr. Khashoggi’s fate would likely spark renewed debate about the wisdom of the international community’s support for Arab autocracy that has proven to be unashamedly brutal in its violation of human rights and disregard for international law and conventions.

Read more: Murder of Saudi Journalist: A ticking time bomb between Turkey and

Meanwhile, Saudi Crown Prince Mohammed bin Salman has suffered significant reputational damage irrespective of Mr. Khashoggi’s fate, raising the question of his viability if Saudi Arabia were condemned internationally and stability in the kingdom, a key tenant of US, Chinese and Russian Middle East policy, was to be at risk.

The reputational damage suffered by Prince Mohammed embarrasses UAE Crown Prince Mohammed bin Zayed, who together with his aides and representatives in world capitals, worked hard to project his Saudi counterpart as the kingdom’s future.

The possibility, if not likelihood is that he paid a horrendous price for sparking the earthquake that is already rumbling across the region.

Saudi Arabia has so far done itself few favors by flatly rejecting any responsibility for Mr. Khashoggi’s disappearance with no evidence that the journalist left the consulate at his own volition; asserting that claims that it was involved were fabrications by Turkey, Qatar and the Muslim Brotherhood; seeking to defame Mr. Khashoggi’s fiancé and supporters; and refusing to fully cooperate with Turkish investigators.

Saudi reluctance to cooperate as well as the US investigation and Ms. Cengiz’s expected meeting with Mr. Trump complicate apparent Turkish efforts to find a resolution of the escalating crisis that would allow Saudi Arabia to save face and salvage Turkey’s economic relationship with the kingdom.

Turkey, despite deep policy differences with Saudi Arabia over Qatar, Iran, and the Muslim Brotherhood, has so far refrained from statements that go beyond demanding that Saudi Arabia prove its assertion that Mr. Khashoggi left the Istanbul consulate at his own volition and fully cooperate with the Turkish investigation.

Widely acclaimed, Mr. Khashoggi’s fate, irrespective of whether he as yet emerges alive or is proven to have been brutally murdered, is reshaping the political map of the Middle East. The possibility, if not likelihood is that he paid a horrendous price for sparking the earthquake that is already rumbling across the region.

International cricket back with a bang: Pakistan welcomes West Indies