The Turkish fiancee of murdered Saudi journalist and dissident Jamal Khashoggi denounced on Tuesday the international community's passivity towards Saudi Arabia, 14 months after the journalist's murder. 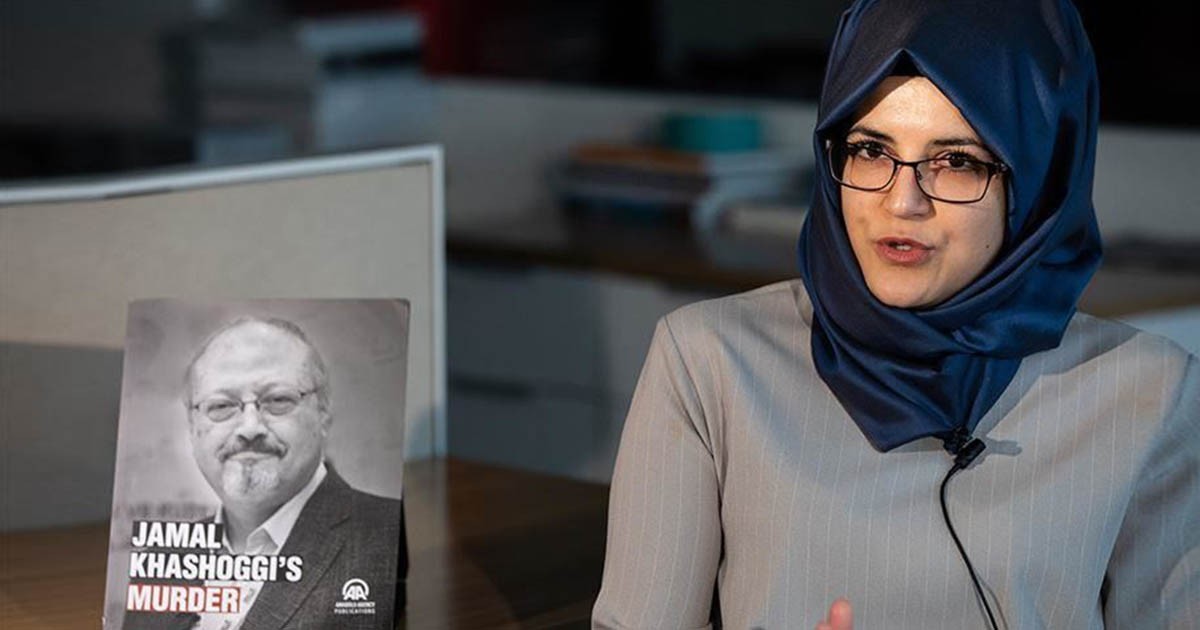 The Turkish fiancee of murdered Saudi journalist and dissident Jamal Khashoggi denounced on Tuesday the international community’s passivity towards Saudi Arabia, 14 months after the journalist’s murder.

Khashoggi, a Washington Post contributor and US resident, was killed in October 2018 by Saudi agents while at Saudi Arabia’s consulate in Istanbul to obtain paperwork ahead of his wedding to Hatice Cengiz.

#Germany was the only European country to impose an #arms sales ban on #Saudi Arabia in November last year, after the shocking killing of Saudi journalist Jamal #Khashoggi revealed the kingdom’s involvement in the murder. https://t.co/Q2yP8TxEHw

Speaking alongside Agnès Callamard, the UN special rapporteur on extrajudicial, summary or arbitrary executions, Cengiz deplored that “there has been no significant action by the international community” since a UN report on the murder in June.

“This is not a file that can be closed like this. For me, the murder of Jamal Khashoggi is the most inhuman murder of the modern era,” she said.

“I want it to continue to disturb people. Some people have to lose sleep over it,” she added.

Callamard, who does not speak for the United Nations but reports her findings to it, had called on UN Secretary General Antonio Guterres to initiate an international criminal investigation into the case.

“The European Union has been, like the rest of the international community, extremely disappointing in its reactions and actions towards Saudi Arabia,”

Callamard called for a moratorium on exports of surveillance equipment to Saudi Arabia and sanctions targeting senior officials suspected of involvement in the murder, including the Crown Prince.

“The European Union has been, like the rest of the international community, extremely disappointing in its reactions and actions towards Saudi Arabia,” said Callamard, who was in Brussels to meet EU officials.

The expert also reiterated her criticism of the upcoming G20 meeting in Saudi Arabia, which was a “mistake”, and called for press freedom and human rights protection to be added to the agenda.

Why India’s surgical strike threat is a dangerous bluff?

How many citizens lost their lives in last 10 months in Karachi?