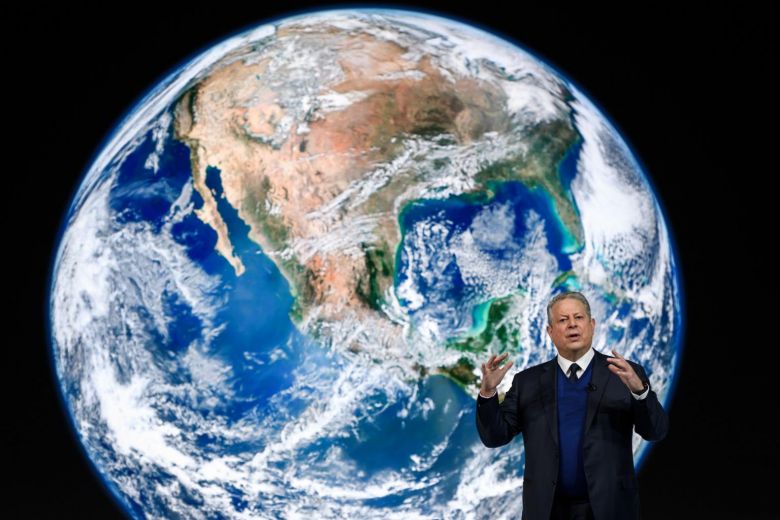 The World Economic Forum (WEF) in Davos is one of the few places where environmental activists attend the same events as the private jet crowd and get a chance to try to convince them to change their ways face-to-face. To come or not to come to the swanky forum in the Swiss Alps? That is the question that Greenpeace asks itself each year.

Coming is “not for us a given, because this is a group of elites who have gotten us into the lot of messes that we have around the world right now,” the environmental organisation’s executive director Jennifer Morgan told AFP. Last year, US President Donald Trump came to address the WEF just months after announcing he would abandon the Paris climate agreement.

Bolsonaro meanwhile told the crowd he believed environmental and development policy issues “should go hand-in-hand”. Greenpeace’s Morgan was not convinced.

This year, Brazil’s new far-right leader Jair Bolsonaro — another climate sceptic — headlined the event, to the chagrin of NGOs who have warned about the impact his economic development projects will have on the Amazon rain forest and indigenous peoples. Despite her misgivings, Morgan is attending this year’s event alongside the likes of chimpanzee expert Jane Goodall, veteran wildlife documentary maker David Attenborough and former US vice president Al Gore.

They have their work cut out for them: from the oil industry to the agrifood business, there are plenty of executives walking the WEF halls who have yet to be fully convinced of the merits of converting to renewable energy and alternatives to plastic.

But although the Davos elite told a WEF survey that they are more worried than ever about climate change, selling them on shifting to a more environmentally friendly approach may not be easy, judging from the record number of private jets chartered for this year’s event.

The company Air Charter Service forecast nearly 1,500 private jet flights over the week to airports near the ski resort. That is up from more than 1,300 aircraft movements seen at last year’s forum, indicating the convenience of flying privately continues to outweigh any concerns about the outsized carbon footprint it involves.

The WEF meanwhile is trying hard to “green” its annual event, providing electric limousines to transport many of the big names between events, while it strongly recommends that others bundle up and brave the icy streets on foot. All plastic straws have been banned, plates are made of recyclable cardboard and soda bottles are all in recyclable glass.

US President Donald Trump came to address the WEF just months after announcing he would abandon the Paris climate agreement.

“The Forum is committed to reducing and compensating for the event’s carbon footprint,” read signs sprinkled around the conference area. WEF organisers insist they are making the annual forum environmentally sustainable, offsetting the carbon emissions generated by private aviation as much as possible through their own initiatives on the ground.

And the programme is full of sessions with titles like “Plastic pollution: an end in sight?” alongside a screening of Attenborough’s documentary “Our Planet”. After years of lobbying, the message is starting to sink in, according to Marco Labertini, head of environmental group WWF.

“I think many this year who are coming to Davos understand that the conservation of the environment … is not any more a nice-to-do or a nice-to-have thing, it’s actually fundamental for the sustainability of their business,” he told AFP.

“Climate change, extreme weather, floods, drought, crop failures, over-fishing, deforestation, are all issues that are affecting their bottom lines, their businesses.” Some executives are sold on the message.

All plastic straws have been banned, plates are made of recyclable cardboard and soda bottles are all in recyclable glass.

“I think all businesses should start doing something,” Ken Allen, head of DHL Express, said following a screening of “Our Planet”, where dramatic images of icebergs high as skyscrapers crashing into the sea left many visibly shaken. “Nothing can change without legislation, but it should start with us,” he said, before heading off to a meeting with an expert on alternatives to plastic.

Bolsonaro meanwhile told the crowd he believed environmental and development policy issues “should go hand-in-hand”. Greenpeace’s Morgan was not convinced. “There is a lot of double-speak going on,” she said.

If the WEF really wants to make a difference, she said, they should “get all the energy guys” around the table to discuss “how you decarbonise.” “That’s not happening here, and it’s at best a lost opportunity and at worse a lack of taking responsibility for the problem that this group has caused for the world.”

Whole world must benefit from Covid vaccine: WHO chief