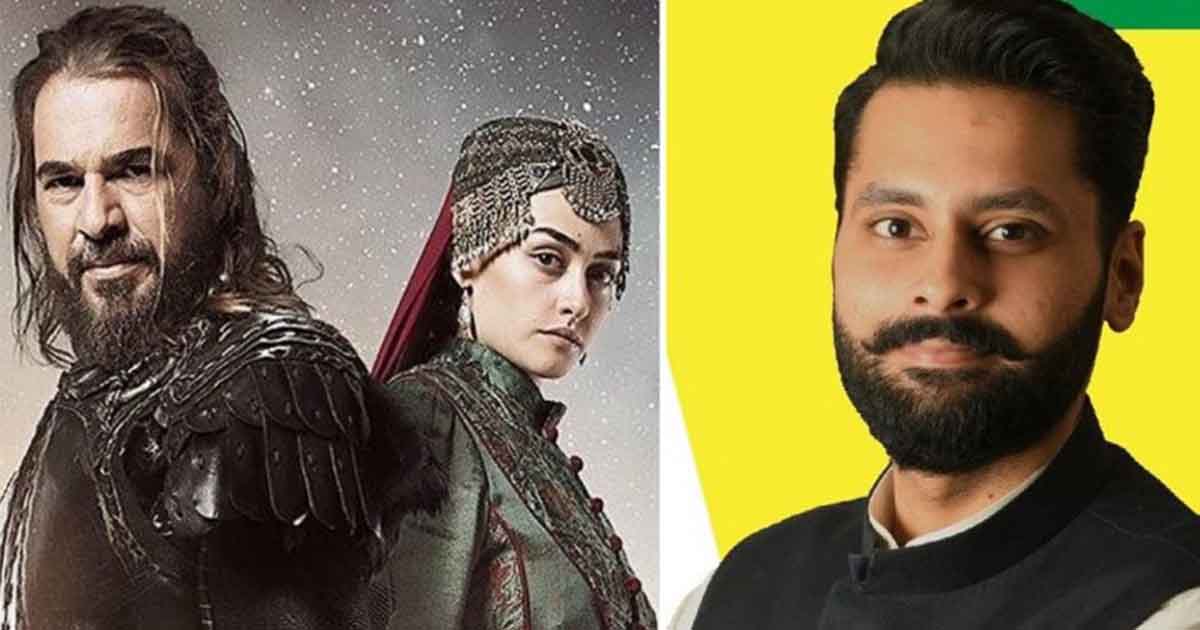 What did Jibran Nasir said?

The Social activist referred to the pride Muslims in the sub-continent take in foreign Muslim rulers like Muhammad bin Qasim. It is noteworthy to mention that a few days back a trend lauded Arab warrior Muhammad bin Qasim for conquering Sindh, defeating Raja Dahir, and bringing in Islam in the region on Pakistani Twitter.

Uff! The whole debate on whether we're being influenced by Turks or Arabs or Brits or Indians is so USELESS!

One should learn from whatever good any culture has to offer, to improve oneself.

Taking to Twitter, Nasir wrote, “We’ve many beautiful cultures in Pak but many still face an identity crisis which is also seen in our diaspora.” He went on to add, “Being ourselves often causes “Goras” to confuse us as Indians due to our similarities, so we mimicked Arabs tracing our roots to Bin Qasim. Now we’re trying being Turks.”

But, Nasir soon confronted a tirade of criticism from social media for his unpopular opinion. Social media users weighed in on the debate and challenged his opinions with varying comments. Yet all the counter-arguments supported the broadcast of Dirilis Ertugrul in Pakistan.

Some believed that since the region had been under the rule of various Muslim rulers- frequently invaded by Muslim warriors. Hence, they all brought with themselves their distinct culture in the region. That’s why Muslims settled in sub-continent particularly Pakistan traces their roots back to these Muslim rulers.

Even if it’s “cultural invasion” as qouted by Jibran Nasir still It’s better to idealise a Muslim leader like Ertugrul Ghazi rather than idealising petty actors of Bollywood and Hollywood.— Cynosure (@Eimaann1) May 11, 2020

Another group of charged up social media users responded to the ‘liberal’ Jibran Nasir opposing the broadcast of Turkish serial Dirilis Ertugrul with an interesting debate. They asked why ‘liberals’ feel threatened with the broadcast of Turkish serial but not with the American fantasy drama television series ‘Game of Thrones’ or content from Hollywood and Bollywood content that does not even resonate with our cultural or religious values.

I don’t understand why you are regurgitating Hindutva talking points about Pakistanis mimicking Arabs.

Liking Turkish dramas and culture, doesn’t mean u r rejecting your own. https://t.co/Yx8Y3LLo5v

Pakistan is a glorious smorgasbord of cultures. One of them is Turkish. Others are Arab, Persian, Indian and Khorasani.

The most recent addition: Anglophone Western.

None are particularly better (or worse) than another.

Your problem with Ertugul is yours, not Pakistan’s.— Mosharraf Zaidi (@mosharrafzaidi) May 10, 2020

They believe it is better to idealize Muslim rulers and legendary character than Bollywood and Hollywood actors. While a score of social media users discounted the dissenting views from the dissenting group, they asserted that Dirilis Ertugrul is a fictional series that should be celebrated for its artwork. Actor Bilal Ashraf also tweeted appreciating the flawless performance of actors in Dirilis Ertugrul.

ERTUGRUL is brilliant. Great story and awesome production. Happy to see it was introduced to the local audiences. Film/ Drama is a form of art and needs to be appreciated regardless of where it was made 😊 #Ertugrulgazi 👍 What do you guys think?— Bilal Ashraf (@IamBilalAshraf) May 9, 2020

While others drew a comparison between Dirilis Ertugrul and Pakistan serials. They opined that Turkish serial is a distinct piece of entertainment over the typical and lifeless storyline of domestic issues in Pakistani serials.

Why must opposition be critical of everything? Try and be appreciative for a change. #Ertugrul https://t.co/Wt8FPA8tmT— Mawish Moulvi (@mawish_m) May 10, 2020

The airing of Dirilis Ertugrul- a romantic fictional series on Muslim Turks has stirred a complex debate on Islamization and de-Islamization of Pakistan, identity crisis, and invasion of foreign content in the country.

Though the series within Turkey is part of AKP’s nation-building project and is perhaps the most popular tv production in recent years. Even PM Imran Khan wanted the broadcast of Dirilis Ertugrul in Pakistan to make the youth learn forgotten Islamic values.

“We’ve always had content from Hollywood and Bollywood which was then being showcased here. A third end culture was being promoted. That’s why I want our youth to know the difference between our values and theirs through the serial Dirilis Ertugrul. He went on to add, “We have a culture with romance and history as well, however, it is also filled with Islamic values. Sadly, the content from Bollywood is full of vulgarity, which wasn’t the case three or four decades ago.”

The premiere continued, “Drug culture, sex crimes are on a high. I want a different culture to be aired so our youth can know that there is a way of life apart from questionable shows that have been airing.”

Who paid $450 million for this Da Vinci painting?

Killing people in the name of meat-politics in India?