British Prime Minister Boris Johnson visits Berlin on Wednesday to kick off a marathon of tense talks with key European and international leaders as the threat of a chaotic no-deal Brexit looms. 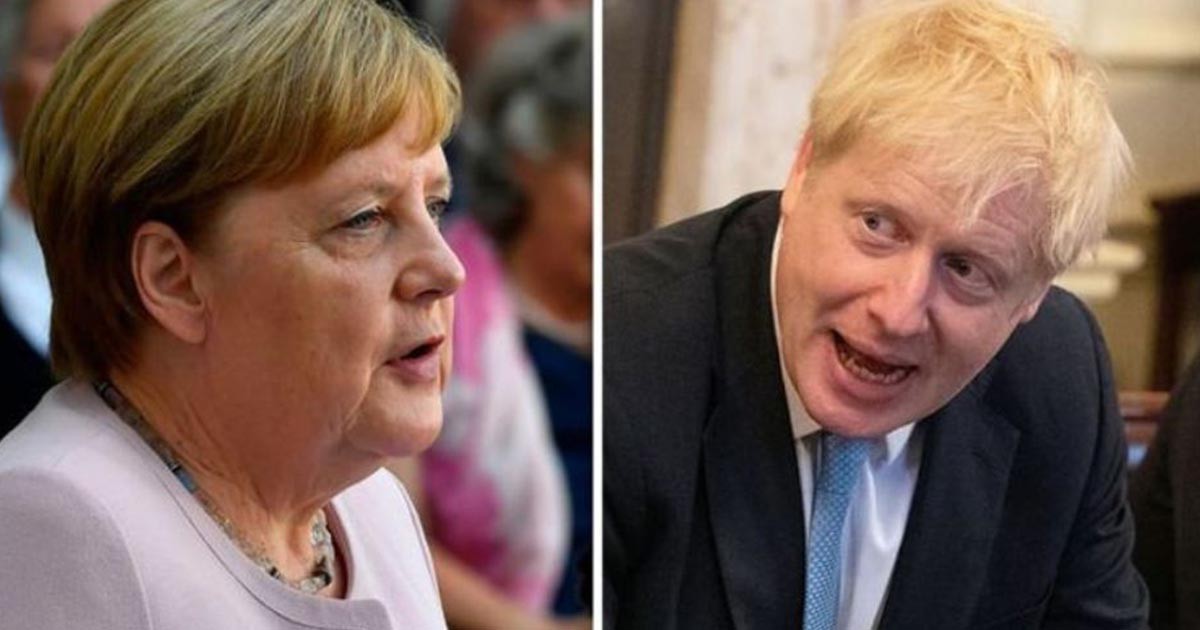 On his first foreign visit since taking office, he will seek to convince German Chancellor Angela Merkel, and on Thursday French President Emmanuel Macron, to renegotiate elements of the UK’s impending divorce from the European Union – something the EU leaders have already ruled out.

Then, at the weekend, all three will meet US President Donald Trump, a vocal supporter of Brexit and its champion Johnson, and the leaders of Canada, Italy and Japan at a G7 summit in the French seaside resort of Biarritz.

Johnson, in a do-or-die gamble, has insisted Britain will leave the EU on October 31, no matter whether it has ironed out remaining differences with the bloc or not, at the risk of economic turmoil. The apparent hope is that the other 27 EU members will blink and make concessions to avoid a no-deal Brexit that would hurt people and companies on both sides of the Channel.

In Berlin, Johnson will be received with military honors at 1600 GMT before his talks with Merkel. Although chances for a breakthrough appeared slim, a Merkel spokesman said that, after the two had spoken by phone, “sitting at a table together to discuss Brexit and other European issues … is of course useful”.

Johnson’s tough stance has put him on a collision course with Merkel, Macron and other EU leaders who have insisted the withdrawal deal is final and stressed the need for unity among the other 27 nations.

On Tuesday, EU Council President Donald Tusk again made clear the bloc would not cave in to Johnson’s demand to scrap the so-called Irish border backstop plan, which would keep Britain in the European customs union if no trade deal is signed.

During trips to Germany and France, @BorisJohnson will tell the leaders if a new deal cannot be struck, the UK is prepared to leave the EU on 31 October without an agreement https://t.co/mQpGILjMxG
— Sky News (@SkyNews) August 18, 2019

The mechanism aims to avoid a “hard border” between EU-member Ireland and British-ruled Northern Ireland, which could raise the threat of renewed sectarian tensions. However, Johnson has slammed the backstop as “undemocratic” and charged it would prevent Britain from pursuing a trade policy independent of EU rules.

Irish Prime Minister Leo Varadkar this week reiterated the EU 27 position that the withdrawal agreement struck under Johnson’s predecessor Theresa May cannot be reopened. Berenberg Bank senior economist Kallum Pickering predicted that “if Johnson hopes to persuade Merkel and Macron to sweet-talk Varadkar into changing his tune, he will likely be disappointed”.

“All of the EU’s actions so far since the Brexit vote demonstrate that the EU’s priority is the cohesion of the 27.” Merkel struck a cautiously hopeful note in Iceland on Tuesday, declaring that the EU was open to “a practical arrangement” on the Irish border issue at a later point.

Given the shock and dismay Brexit has sparked in continental Europe, its vocal champion, the flamboyant former London mayor and ex-foreign minister Johnson, is sure to meet political headwinds.

“The Brexit supporters have found a leader who is foolhardy enough to plunge the country into chaos.” The conservative newspaper Frankfurter Allgemeine Zeitung recommended that the EU not give in to scare tactics, pointing out that the UK has far more to lose than the bloc does.

“When the new prime minister pays visits to Paris and Berlin this week to ‘threaten’ a hard Brexit once again,” it said, “his opposite numbers should remind him in a friendly yet unmistakably firm manner of the realities he risks incurring.”