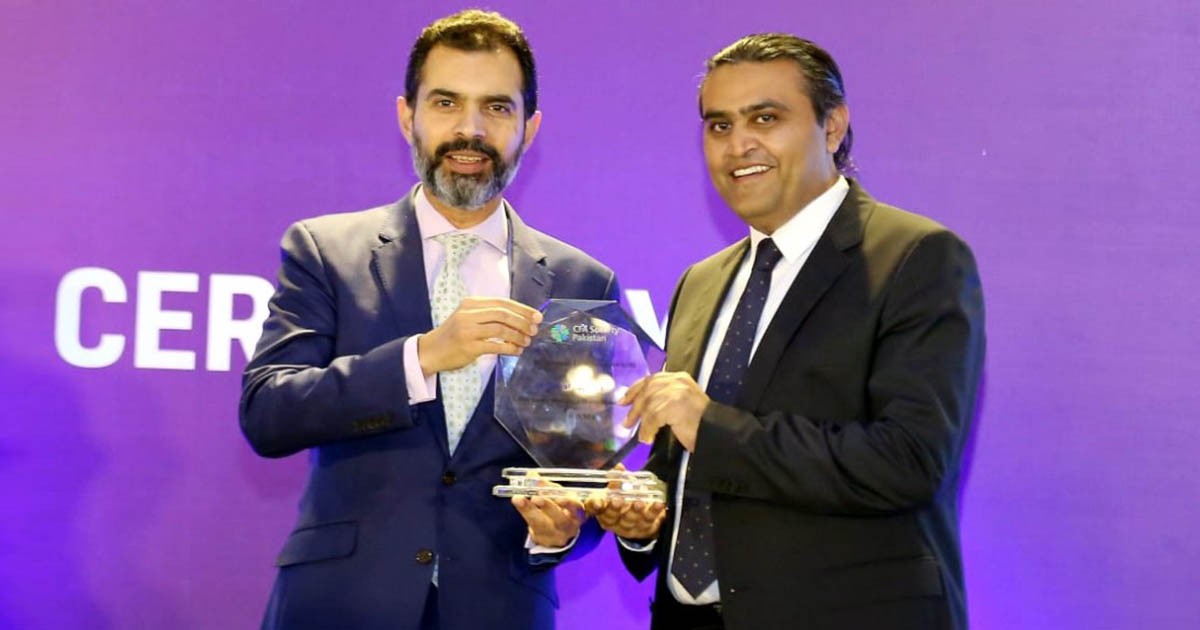 In an astonishing clean sweep  – the brokerage firm JS Global Capital Limited took home all five awards in the Equity Brokerage category. This record has not been achieved by any firm in the CFA awards before this year, which have been held annually since 2003.

The firm has earlier also won the award for the Best Brokerage House in 2005 and 2016.

Governor, State Bank of Pakistan Dr. Reza Baqir handed out the awards as Chief Guest. Dr. Baqir also gave a brief Keynote address at the beginning of the Awards ceremony.

In the past, CFA Society Pakistan has had the honor of presentations by Finance Ministers, State Bank Governors and other dignitaries including Shaukat Aziz, Shaukat Tarin, Dr. Salman Shah, Mohammad Zubair, Dr. Ishrat Hussain, and Yaseen Anwar to grace the event as Chief Guests.

This award ceremony is a flagship event for the brokerage and financial industry. However, awards are also given in various other categories including Gender Diversity Awards, Investor Relations Award, and Research Report Awards.

Read more: In a faltering economy, JS Bank forges ahead to become the 13th largest bank in the country

CFA Society Pakistan is a member society of the CFA Institute which is a global organization of finance and Investment professionals and administers the prestigious Chartered Financial Analyst (CFA) Program worldwide. The aim of CFA Institute is to create an environment where investors’ interests come first, markets function at their best, and economies grow. There are more than 165,000 CFA charter holders worldwide in 164 markets. CFA Institute has nine offices worldwide and there are 156 local member societies.

JS Global Capital Limited (‘the Company’) was incorporated as a private limited company on June 28, 2000. However, the Company commenced its operations in May 2003 and name of the Company was changed from JSCL Direct (Private) Limited to Jahangir Siddiqui Capital Markets (Private) Limited. Subsequently, the Company was converted into a public unquoted company and the holding company Jahangir Siddiqui and Company Limited (JSCL) offered its 25% shareholding to the general public for subscription in December 2004 and the Company obtained listing on Karachi Stock Exchange Limited and Islamabad Stock Exchange (Guarantee) Limited on February 7, 2005.

During 2006-07 the Company issued 10,009,700 shares to Global Investment House K.S.C.C Kuwait, (‘Global’). The shares were issued to Global without offering right shares on the basis of a special resolution passed on July 11, 2006. Securities and Exchange Commission of Pakistan gave its approval in principle to the scheme of the transaction July 19, 2006.

Previous articleDengue Outbreak in Pakistan: Symptoms, Cure & Prevention
Next articleImran Khan and U-Turn Policy: Why or Why Not?

25 September 2021
Previous articleDengue Outbreak in Pakistan: Symptoms, Cure & Prevention
Next articleImran Khan and U-Turn Policy: Why or Why Not?

Imposition of IMO-2020 standards: Pakistan should brace for impact

Tracing the roots of BLA in the backdrop of PSX attack