JuD, FIF no longer on list of banned organisations 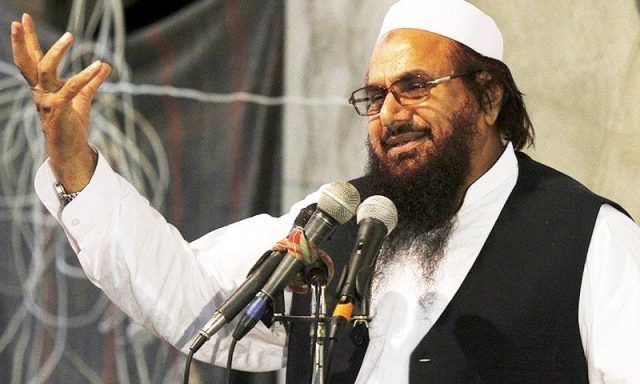 Hafiz Saeed had approached Islamabad High court challenging the Ordinance which imposed a countrywide ban on his organizations. Former President Mamnoon Hussain, in February 2018 issued a presidential ordinance amending 1997’s Anti-terrorism Act; to bring Pakistan’s anti-terrorism regime in line with a resolution passed by the United Nations Security Council. The court was informed that the Federal government took no steps to extend Presidential promulgation.

Terrorists, terrorist organizations and financiers are prevented from raising, moving and using funds, and from abusing the non-profit organizations (NPO) such as NGOs sector.

Presidential ordnance was promulgated just days before a Financial Action Task Force (FATF) meeting was to take place in Paris. It was feared that FATF, under pressure from the US and India, would place Pakistan on its grey list, which in turn could raise the cost of doing international financial transactions for Pakistan.

Justice Farooq disposed this petition and observed that since Presidential Ordinance had expired, this petition served no purpose. Saeed in his petition claimed that he had no connection to Lashkar-i-Taiba, but Pakistani government under pressure from India continue to associate him and his organization with LET. He also claimed that this ordinance was against the sovereignty and constitution of Pakistan.

These organizations were blacklisted in compliance with United Nations Security Council resolution number 1267, 1989, 1822, and 2253. Hafiz Saeed and JUD were alleged to be responsible for various attacks inside India, latest being 26/11 Mumbai terror attacks which killed 166 people. JUD is considered an offshoot organization of Lashkar, which has also been accused of 1993 Bombay train bombings, 2001 Indian parliament bombing among others.

The Financial Action Task Force (FATF) in June 2018, had formally placed Pakistan on the greylist due to ‘strategic deficiencies’ in its anti-money laundering and terrorist financing regime. One of the most important factor in this decision was; Pakistan’s lackluster behavior in its dealing with welfare organizations associated with terror outfits.

Irrespective of his assertions, fact remains that Saeed is a designated global terrorist and his organizations are banned by United Nations.

FATF had concluded that Pakistan’s anti-money laundering regime was not robust enough to tackle terror financing; it also alleged that these welfare organizations were mere front organizations, who were laundering money for terror operations.

Pakistan is currently implementing a broad set of measures finalized by FATF’s Asia Pacific Group (APG) to get out of ‘grey list’. This development severely hampers Pakistan’s ability to implement these reforms. Terror financing is one of the most important areas; which FATF want Pakistan to expunge, as observed by APG report.

Read more: Under Foreign Pressure: Punjab government seizes assets of JuD and its…

“Terrorist financing offences and activities are investigated and persons who finance terrorism are prosecuted and subjected to effective, proportionate and dissuasive sanctions. Terrorists, terrorist organizations and financiers are prevented from raising, moving and using funds, and from abusing the non-profit organizations (NPO) such as NGOs sector”.

Any development which prevents Pakistan’s ability to counter these organizations will have an adverse effect on Pakistan’s negotiation with FATF. Now that JUD and FIF are not blacklisted; they will be allowed to use banking channels for their financial transactions. Moreover, JUD’s welfare arm FIF will be allowed to raise funds and conduct its operations.

Saeed has maintained his innocence and claimed Pakistan is only acting against his organizations to please India and West. Irrespective of his assertions, fact remains that Saeed is a designated global terrorist and his organizations are banned by United Nations. Any change contrary to the United Nation’s resolutions will have an adverse impact on Pakistan’s negotiations with FATF.

Imran Khan: Pakistan will soon emerge as the leading economy in the region