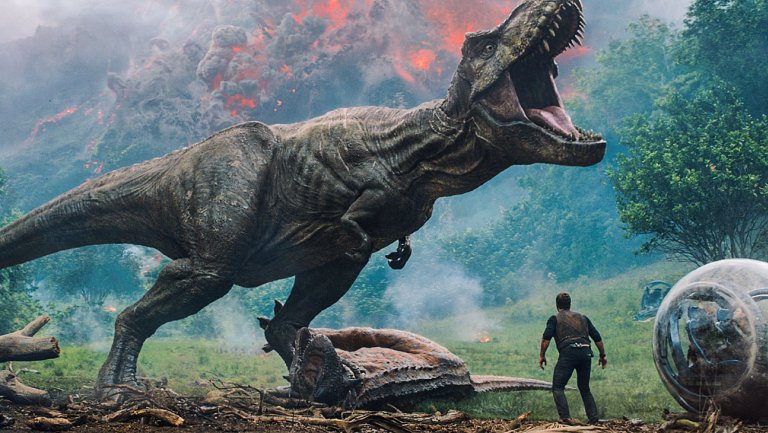 The dinosaur sequel — executive-produced by Steven Spielberg, who directed the original two movies — fell short of the then-record $208 million opening by the last “Jurassic” film in 2015, according to industry tracker Exhibitor Relations.

Still, “Fallen Kingdom” has passed the $700 million mark worldwide — despite tepid reviews like the suggestion by The New York Times that the film is little more than “a way for people with no other plans to grab some air conditioning.”

The movie stars Chris Pratt and Bryce Dallas Howard as they try to rescue genetically recreated dinosaurs from a volcano-threatened island and move them to — why not? — a sprawling California mansion.

The film, about a quirky superhero family, raked in $182 million in its debut weekend, a record for an animated feature in the US and Canada, easily surpassing the $135 million debut of 2016’s “Finding Dory.”

The film tells the story of the Parr family — centered this time on matriarch Helen (Holly Hunter) as she battles to help bring the world’s hiding superheroes back into the open.

Husband Bob (Craig T. Nelson) is left at home in charge of their frighteningly talented but scarily unpredictable kids, and finds the homemaker’s job more challenging than being a superhero.

Adult comedy “Tag,” also from Warner Bros., came in fourth at $8.3 million. It tells the story of childhood pals, led by Jon Hamm and Jeremy Renner, who keep up a game of tag for decades, sometimes at the oddest of moments.

Staying alive in fifth was “Deadpool 2,” the R-rated superhero flick from Fox, at $5.3 million. It stars Ryan Reynolds as the irreverent, foul-mouthed title character.