A court in France has found three former government officials guilty three guilty on charges involving kickbacks from arms sales to Pakistan and Saudi Arabia signed in 1994. Read this detailed story to understand what happening in Karachi Affair during Benazir Bhutto’s government. 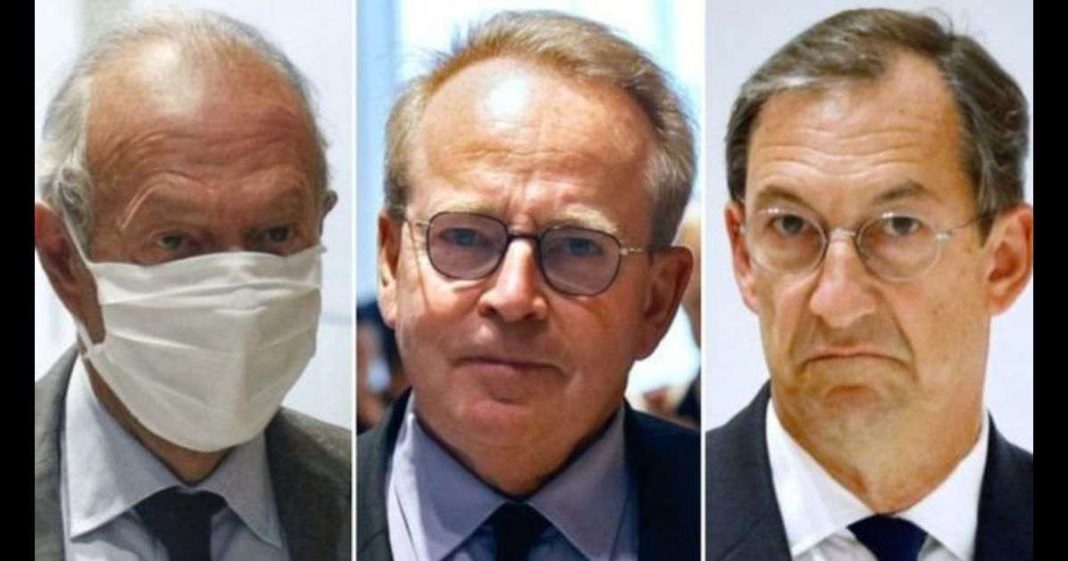 Notably, the Karachi affair, otherwise known as Agosta Submarine scandal, was a major military scandal that took place in the second administration of Prime Minister Benazir Bhutto, involving the presidencies of François Mitterrand and Jacques Chirac in 1992–97.

The court on Monday handed the men prison sentences of two to five years over the so-called “Karachi affair” that has dogged former Prime Minister Edouard Balladur, who is facing trial on charges that he used the kickbacks to help fund his failed 1995 presidential bid.

These were the first convictions to emerge from the sprawling investigation named after the Pakistani city where a bus carrying French defence engineers was blown up in 2002, killing 15 people.

Al-Qaeda was initially suspected of the attack, but the focus later shifted to the arms deals on suspicions the bombing may have been in retaliation to non-payment of promised bribes.

Gaubert was handed a two-year sentence, as was Dominique Castellan, a former head of the international division of French naval defence contractor DCN (since renamed Naval Group).

Two Lebanese middlemen who allegedly acted as go-betweens for the bribes and kickbacks, Ziad Takieddine and Abdul Rahman El-Assir, were ordered to spend five years in prison.

The two middlemen refused to appear at trial, and warrants have been issued for their arrest.

Balladur, 90, and Leotard, 77, have also been charged in the case. They are to be tried in the coming months by the Court of Justice of the Republic, a tribunal that hears cases of alleged misconduct by government ministers.

As a French court convicted three former government officials, it is important to recall the context in which the incident took place. In 1992, the Benazir administration began its negotiation with French President François Mitterrand over the procurement of expensive and complex Agosta 90Bravo submarine designs, eventually signing the contract in 1994 for a sum equivalent to €826 million ($996m). Negotiations and the decision-making for defense procurement with France was extremely controversial, with the United Kingdom later entering in the competition by offering its four Upholder-class submarines, which were being decommissioned from the military service with the Royal Navy.

Investigations into the so-called “Karachi affair” began after 11 French engineers were killed in a Karachi bombing in 2002.

Initially, Al-Qaeda, an Islamist militant organization was blamed, but there were suspicions that the car bombing, which wrecked a bus, was an act of revenge after then-French President Jacques Chirac ordered the payments of secret arms deal commissions to stop.

It is important to recall that since its exposure in the news media of both France and Pakistan, the scandal has been involved in various investigative journalism and attracted sensations and conspiracy theories in both countries, including this scandal’s alignment of financing the political campaign of then-Prime Minister Edouard Balladur in the presidential elections took place in 1995. Upon electing President Jacques Chirac cancelled the commissions and kickbacks, angering many officials in Pakistan and France according to the media reports.

Read More: Pakistan re-elected to UNESCO’s executive board in Paris

Other theories and subsequent investigative journalist reports alleged that the bus bombing on 8 May 2002 in Karachi that killed eleven French engineers in Karachi was in retaliation for the cancellation of these commissions. This theory was rejected by the Government of Pakistan when the FIA and the CID made potential discovery in linking the HuM and the al-Qaeda had carried out the terrorist attack in Karachi, mistaking the French nationals for the Americans.

Furthermore, Mr Balladur is alleged to have earlier approved payment of the commissions to intermediaries in the sale of three submarines to Pakistan, and that from them so-called “retro-commissions” came back to France to fund his 1995 presidential bid.

The kickbacks are estimated to have cost 13m francs, or almost €2m. Mr Sarkozy has faced legal scrutiny over the Karachi affair. He has denied any connection to the deal.

A lawyer representing the victims of the deadly Karachi bombing praised the French court’s decision on Monday.

Olivier Morice said that “if the families had not lodged a complaint, there would not have been this judgment”, adding that families were now waiting for the trial of Mr Balladur and Mr Léotard.

Mr Balladur was the French prime minister from 1993 to 1995. Both he and Mr Léotard were charged in May 2017 with “complicity in misuse of corporate assets and concealment” over the Pakistan deal.