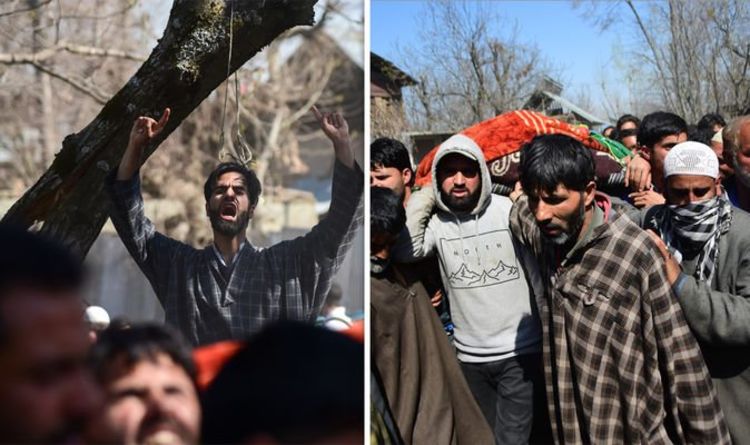 This week Members of Parliament gathered in the House of Commons to debate the continued instability in Kashmir, the second time Parliament has done so in twenty years.

It has been six months since protests broke out in the Kashmir Valley in response to the killing of Burhan Wani. Six months that have seen 17,000 adults and children injured, nearly five thousand people arrested, an entire population spend the better part of five months under curfew and left 188 people dead.

Over these months 500 people have been shot at point blank rang by pump-action “pellet guns” leaving them riddled with pellets embedded deep in their bodies. The Indian armed forces have since claimed that the use of pellet guns is a non-lethal form of crowd control to be used as a last resort, yet by their own admission they have fired nearly 4,000 cartridges at protestors and innocent bystanders.

The outbreak of fresh violence in Kashmir has in turn led to renewed skirmishes on the border between Indian and Pakistani controlled Kashmir. With fresh recriminations leading to further retaliations, it is clear that Pakistani and Indian relations are at an all-time low.

In Indian controlled Kashmir the curfew has now been lifted and people are slowly returning to some resemblance of normality. But below the surface the embers of discontent and the sparks of rage still burn and still crackle, as the overriding uncertainty of Kashmir’s future still lingers.

It may not be on the front-page of national newspapers or on everyone’s lips but Kashmir remains one of the longest standing territorial disputes in the world. In my constituency of Burnley, the Kashmiri community have watched on for 70 years as the fate of Kashmir continues to hang in the balance. I don’t want them to have to wait any longer.

Resolution of Kashmir a global issue

The resolution of Kashmir’s future is not an Indian issue or a Pakistani issue but a global one. Three nuclear powers currently control parts of Kashmir. The situation at present makes a mockery of the UK’s longstanding commitment to international security and human rights alike. While it remains unresolved, the threat of war between India and Pakistan is a scary possibility.

Similarly, the protracted dispute over control of Kashmir continues to encourage extremism within the region and across the rest of the world. This extremism will only fester and grow if those living in Indian controlled Kashmir continue to have their basic rights denied. I believe a final resolution on the future of Kashmir would do much to de-escalate violence in the region and stop the radicalisation of another generation of young people who have grown up under curfew.

What kind of resolution?

However that final resolution has to be one that recognises the wishes of the people of Jammu Kashmir. It is unacceptable for India and Pakistan to reach an agreement privately between themselves, the people of Jammu and Kashmir need a seat and a voice at the table.

The British Government has long taken the view that this is a problem for India and Pakistan and something we should stay out of, but I find that to be incompatible with the values of freedom and the right to self-determination we in the UK hold dear, as well as the historic responsibility we have to all those affected. We have one million people of Kashmiri origin and heritage in the UK, all of them are keen to see a resolution to this conflict. That alone should be more than enough motivation for the Prime Minister to use our diplomatic clout to get all parties around the negotiating table.

Yet when Theresa May made her first official visit to India in November last year, she did not raise the issue of Kashmir. Instead, she chose to discuss trade agreements and visa concessions for Indian citizens, ignoring the ongoing conflict altogether. While I accept that trade agreements post-Brexit are important, they should not take priority over the issue of upholding human rights across the world. Friends need to be honest with each other, which is why when I met with officials from the Indian High Commission last year I raised my concerns about the use of pellet guns and the need for India to restart talks over Kashmir’s future.

Kashmir continues to be an issue I take great interest in. Since joining Parliament in May 2015 I have consistently raised the need for a resolution over its future in parliamentary questions, and have written a number of times to the Prime Minister and the Foreign Office. I also chaired a roundtable in Westminster to allow prominent members of the Kashmiri community to raise their concerns with Members of Parliament and the Shadow Secretary of State for the Foreign and Commonwealth Office.

The cycle of violence and instability in Kashmir has to end and the right of self-determination for all Kashmiris has to be acknowledged before more people die and before more people are maimed and severely injured. If the Prime Minister truly wants us to be a global outward looking country, she needs to look at the global impact the continued uncertainty over Kashmir’s future is having and encourage all sides to resume talks. We cannot continue to champion our freedoms here at home whilst allowing them to be deprived to people abroad.

Julie Cooper is MP for Burnley and is the Shadow Community Health Minister. This article was first published in the Huffington Post.