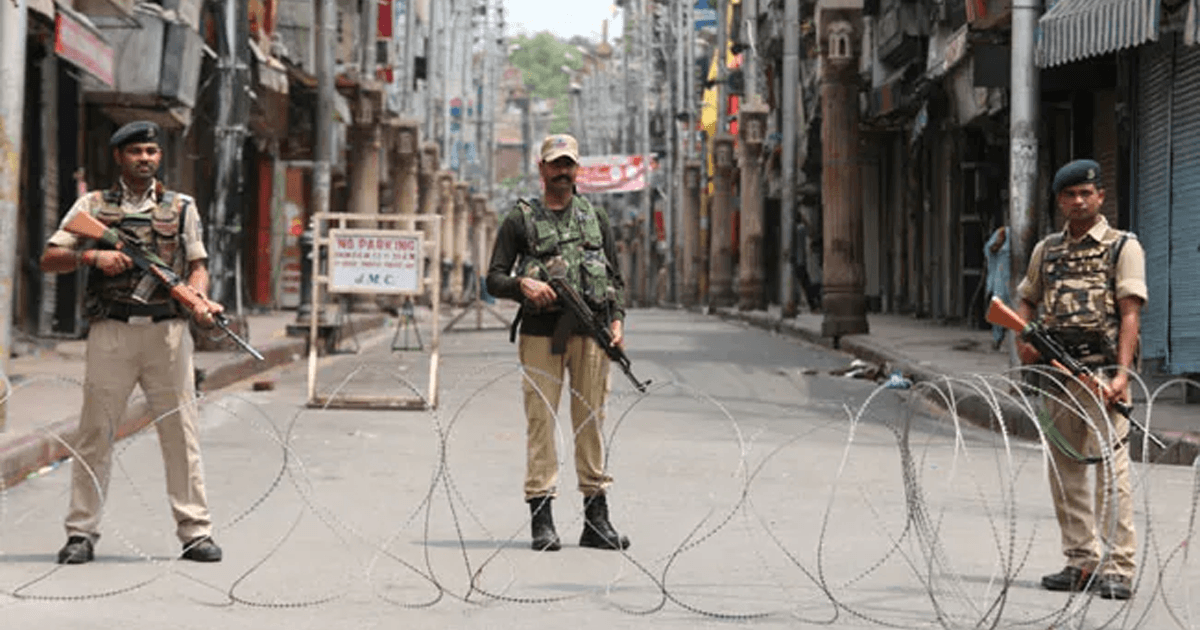 But huge numbers of troops remained on the streets a day after security forces used tear gas to break up a demonstration by about 8,000 people against the government’s move to revoke Kashmir’s autonomy, they added.

The Eid ul Azha festival on Monday looms as the next big test for the week-old Indian lockdown in the Muslim-majority region, where the government has ended decades old rights to property and jobs for local Kashmiris.

Internet and phone lines have been cut and curfew restrictions have been imposed to prevent unrest over the constitutional move which Prime Minister Narendra Modi said was needed to bring peace and prosperity to the troubled region.

More cars and pedestrians were on the streets Saturday.

“We can do more but it is still tough, everyone is closely watched,” said one resident. “Our lives are still dominated by razor wire and checkpoints.”

“Bank machines are running out of cash so there are queues at every machine where notes may be available. People also need food for Eid,” added a second resident.

Modi said in a nationwide speech this week that Kashmir people would have “no problem” for the eid.

But media reports said authorities would only decide Sunday whether restrictions would be eased for what is one of the most important Muslim feast days of the year.

After weekly prayers on Friday, about 8,000 people gathered for a protest on the edge of Srinagar that was broken up by security forces with tear gas and shotgun pellets, residents said.

“About 12 people were hut, but none seriously,” said one witness.

Kashmir has been split between India and Pakistan since their independence in 1947. Both claim the territory and have fought two wars over the former kingdom.

An insurgency against New Delhi’s rule in Indian-administered Kashmir has claimed tens of thousands of lives in the past three decades.