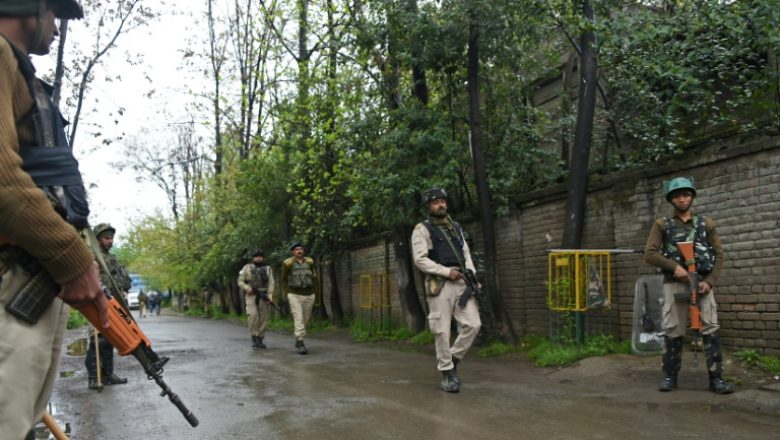 Voters cast ballots in restive Indian-administered Kashmir Thursday, where authorities deployed tens of thousands of security forces as the second round of the country’s enormous national election kicked off. Troops, paramilitaries, and police have poured into the region’s main city, Srinagar, one of 95 constituencies across India taking part in the latest vote.

Kashmir surged into Prime Minister Narendra Modi’s campaign after a February suicide bomb attack that killed 40 paramilitaries and brought India and Pakistan which both control part of divided Kashmir to the brink of war. Srinagar was a virtual ghost town on Thursday morning, and barely two voters had turned up in the first two hours at one school being used for polling, an AFP correspondent said.

More than a dozen armed police wearing bullet-proof vests guarded the site. “I hope whoever is elected this time will help get my son a job,” one man told AFP, declining to give his name.

Voting in a constituency in the southern state of Tamil Nadu was cancelled altogether after $1.5 million in cash was seized by authorities. It is the first time a ballot has been cancelled during an election over suspected vote-buying, officials said.

More than 157 million of India’s 900 million voters are eligible to cast ballots on the second of seven days of voting in the world’s biggest election. Security was also tight in West Bengal, notorious for political violence, where 15,000 troops were on duty in three constituencies voting Thursday.

In Chhatisgarh state, security forces raided a Maoist jungle camp in Dantewada district and killed two insurgents allegedly involved in an attack on an election convoy just before the first round of voting which left five dead, police said.

Modi has put protecting the nation at the center of his campaign to secure a second five-year term. While seen as the favourite, he faces an increasingly tough challenge from opposition Congress party leader Rahul Gandhi.

Gandhi has gone on a relentless attack against the economic record of Modi’s Hindu nationalist Bharatiya Janata Party (BJP).

Thousands of candidates from more than 2,000 parties are competing for 543 seats in parliament. The last vote is on May 19 and final results will be released on May 23. “I am sure all those whose seats are polling today will strengthen our democracy by exercising their franchise,” Modi tweeted as polls opened.

At a college in Agra, less than two kilometers (a mile) from the Taj Mahal, dozens of voters waited in line as polls opened. “I came to vote for a good candidate as our country is growing, I want a good outcome,” 28-year-old craft worker Azad Ali told AFP after casting his ballot.

Gandhi, seeking to become the fourth member of his family to take the prime minister’s office, has pledged to end abject poverty by 2030 and give cash transfers to 50 million families.

Insults and fake news have proliferated on social media during the campaign, and police squads have been on the hunt for money and gifts intended to sway voters. Voting in a constituency in the southern state of Tamil Nadu was cancelled altogether after $1.5 million in cash was seized by authorities. It is the first time a ballot has been cancelled during an election over suspected vote-buying, officials said.

Modi and the right-wing BJP swept to power in a 2014 landslide with their promise of “achhe din” (“good days”). He has simplified the tax code and made doing business easier. But despite growth of about seven percent a year, Asia’s third-biggest economy has not provided enough jobs for the roughly one million Indians entering the labour market each month.

And in rural areas, thousands of indebted farmers have killed themselves in recent years. Modi sought to counter critics of his campaign in a television interview this week when he said: “If farmers die, then it is an election issue, but when soldiers die then it is not an election issue? How can that be?”

Gandhi, seeking to become the fourth member of his family to take the prime minister’s office, has pledged to end abject poverty by 2030 and give cash transfers to 50 million families. The BJP has promised a $1.4-trillion infrastructure blitz to create jobs.

Deepika Padukone sees herself as a working mother or wife

US troops pullout of Germany: Pompeo’s “low-risk visit” to Europe

Hamza Ali Abbasi, and other actors rally behind Mahira Khan