Addressing the weekly press briefing at MoFA, FO spokesperson Dr. Faisal put forward Pakistan’s stance on Indian brutality and violence on the suppressed people of Kashmir. He also emphasized Pakistan’s desire to make the Kartarpur Corridor operational by Guru Nanak’s 550th birthday, along with explaining the progress of Pak-Afghan relations. 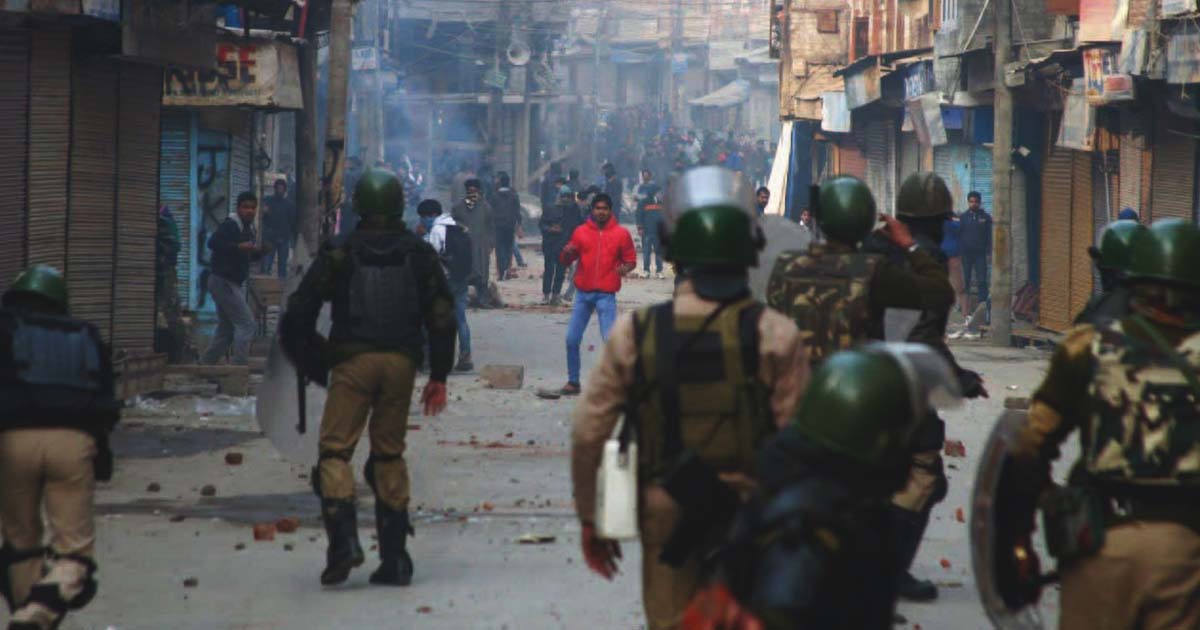 Weekly Briefing by Spokesperson can be accessed on the following link:https://t.co/4fykSv8H5K

In Indian Administered Kashmir, government forces have been responsible for serious violations, including unlawful killings, enforced disappearances, torture, and rape and other sexual violence.

He noted, “We also condemn the undemocratic act of Indian authorities who denied permission for an event of Amnesty International India-chapter to release its report on black law- Public Safety Act titled “Tyranny of a ‘lawless law’: Detention without charge or trial under the J&K Public Safety Act” in Srinagar on June 12, 2019.”

Dr. Faisal stressed that India must stop misleading the international community, and abandon its policy of obduracy in the Indian-occupied Kashmir, and instead, submit to the justified political demands of the Kashmiri people.

He highlighted the report aired by the International Commission of Jurists, in collaboration with other NGOs to inform the UN Human Rights Council of the extra-judicial killings and enforced disappearances that have become a norm in IOK.

Read more: Case of IOK: A valley of death and destruction

The statement read, “We look forward to the publication of the High Commissioner for Human Rights’ second-ever report on the grave human rights violations and abuses committed in Kashmir. In Indian Administered Kashmir, government forces have been responsible for serious violations, including unlawful killings, enforced disappearances, torture, and rape and other sexual violence.”

It further added, “These grave violations by security forces in Kashmir are met with chronic impunity, as alleged perpetrators are rarely properly prosecuted for human rights violations, leading to near-total immunity for the crimes committed. Non-state armed groups have also been responsible for serious abuses, including attacks against journalists.”

“We are gravely concerned by the increasing threats faced by, and reprisals against, human rights defenders and others who have cooperated with UN human rights mechanisms in recent years, particularly in the elaboration of the OHCHR’s reports. We urge the Government of India to ensure that human rights defenders and journalists are allowed to carry out their work without threats or reprisals, and take adequate steps to protect them from non-state groups”.

Nothing to Hide in AJK

Dr. Faisal noted that the report has highlighted that the governments of both, India and Pakistan do not allow OHCHR and other human rights organizations to visit Indian-occupied Kashmir and Azad Jammu & Kashmir, and called on both governments to provide the authorities unconditional access to visit these states and conduct their investigations.

Pakistan remains committed to expedited progress on the matter to ensure that the Corridor is operationalized in time for the 550th birth anniversary celebrations of Baba Guru Nanak in November 2019.

Dr. Faisal said, “In this regard, Pakistan’s position remains consistent and well known. We have nothing to hide in AJK. We are ready for visit of OHCHR and other human rights mechanisms to both AJK and IOK.”

In response to a question on the Indian Parliament’s approval to extend President’s rule in IOK for the next six months, and the agenda of bringing Kashmiri Pandits and Sufis to the occupied valley, Dr. Faisal noted that Pakistan stresses upon a solution based on the will of the Kashmiri people.

He said, “We have repeatedly said that any solution to the Kashmir issue should reflect the will of Kashmiri people and should be resolved as per the resolutions of the United Nations Security Council.”

Dr. Faisal added, “IOK has become a humanitarian nightmare under Indian occupation where use of pellet guns, draconian laws granting judicial immunity to Indian occupation forces and systemic use of rape and torture to subjugate the Kashmiris struggling for the legitimate right to self-determination continues despite international condemnation.”

Dr. Faisal observed that the extension of presidential rule and inviting Kashmiri pundits and Sufis to settle in the valley is “another in a long line of Indian attempts to tighten its oppressive regime in IOK.” He stressed that the international community must fulfill its promises and stress upon Indian authorities to halt their atrocities and expedite the resolution of the J&K dispute as per UNSC resolution and wishes of the Kashmiris.

Dr. Faisal announced that on 2nd July, Pakistan informed New Delhi about the schedule of the second meeting to discuss the draft agreement for finalizing the modalities of Kartarpur Sahib. He stated that the meeting will be held on 14th July, at Wagah, and the two sides will discuss all relevant technical issues to expedite the construction.

He said, “The Indian side has been requested to convey the composition of its delegation. Pakistan remains committed to expedited progress on the matter to ensure that the Corridor is operationalized in time for the 550th birth anniversary celebrations of Baba Guru Nanak in November 2019.” Dr. Faisal added, “We are moving forward on this issue with positive spirit.”

Dr. Faisal stressed that the leadership of Pakistan and Afghanistan have identified economic/trade cooperation and regional connectivity as the two key areas of partnership.

Dr. Faisal stated that Pakistan has played a pivotal role in facilitating the Afghan reconciliation process. He noted, “We are doing this in good faith and as a shared responsibility. The ultimate decision regarding political settlement is in the hands of Afghan people. Pakistan would continue stressing the need for an Afghan-led and an Afghan- owned peace process.”

The Foreign Office spokesperson emphasized that Pakistan and Afghanistan give high priority to enhance bilateral trade and economic relations.

He said, “During recent visit of the Afghan President to Pakistan, both sides reaffirmed their commitment to adopt a forward-looking approach and to strengthen ties in all areas of mutual interest, including political, trade, economic and investment, cultural and educational spheres.”

The Afghan President and Prime Minister Imran Khan also discussed the use of existing economic infrastructure and strategies, such as meetings of the Joint Economic Commission and Pakistan-Afghanistan Transit Trade Coordination Authority to address the causes of reduction in trade and investment between the two countries.

Dr. Faisal stressed that the leadership of Pakistan and Afghanistan have identified economic/trade cooperation and regional connectivity as the two key areas of partnership. He noted, “In order to promote bilateral trade, steps such as opening of Torkham border for twenty-four hours and enhancing transit trade access and connectivity to neighborhood, for both countries were also discussed.”

Previous article‘Rushing for the exits’: Another round of Afghan dialogue
Next articleAfghan teen Ikram breaks Tendulkar record

23 September 2021
Previous article‘Rushing for the exits’: Another round of Afghan dialogue
Next articleAfghan teen Ikram breaks Tendulkar record