Women across Pakistan have come out to stage protests and rallies in solidarity with the oppressed people of Indian-occupied Kashmir. Rallies were staged in multiple cities, including Islamabad, Faisalabad, Lahore, Gujranwala, and others 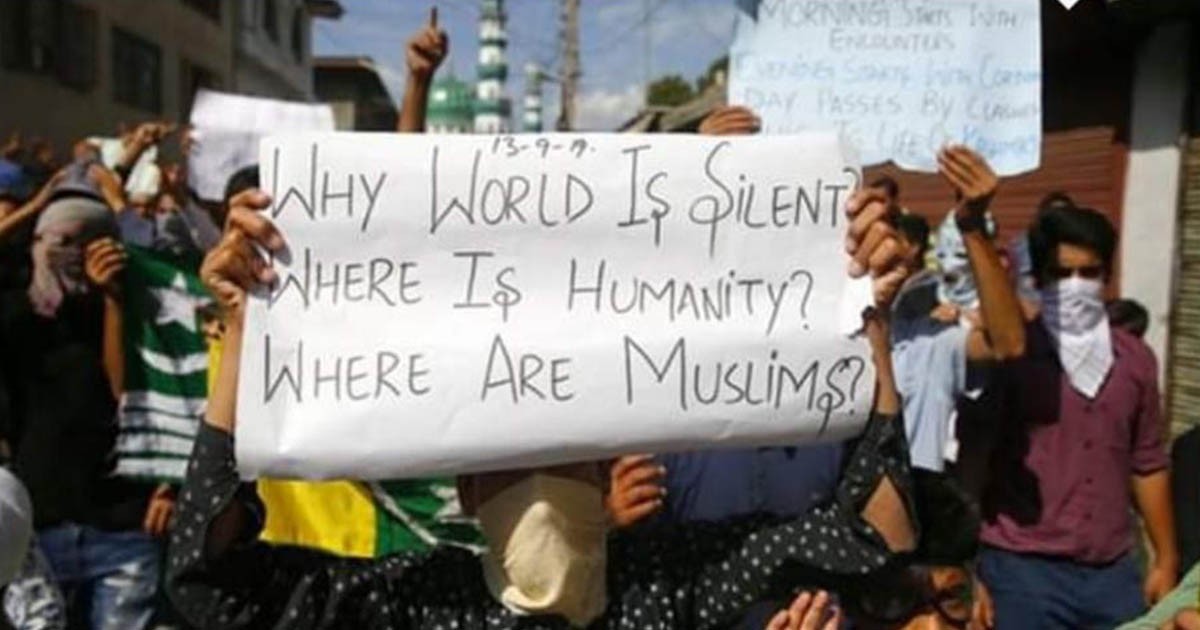 Scores of women and children poured out on the streets of Islamabad and headed towards the federal capital’s D-Chowk to stage a mammoth protest in solidarity with the Kashmiri women and children suffering heinous human rights abuses at the hands of the Indian occupation forces in the disputed Himalayan territory.

Women from all walks of life came out on D-Chowk, holding banners and placards featuring slogans highlighting India’s barbaric human rights violations in the occupied valley of Kashmir. The rally was organized by the Jammu and Kashmir Solidarity Movement in Islamabad.

Scores of children and families poured out on D-Chowk carrying placards and banners to express solidarity with Kashmiri children who become the youngest pellet victims in the world.

Addressing the rally, Dr. Firdous Ashiq Awan, Special Advisor to the Prime Minister on Information and Broadcasting, said, “India has deprived Kashmiris of their constitutional, legal and religious rights. They are not even allowed to say their Friday congregational prayers.”

Dr. Firdous condemned the brutality of the Indian occupation forces and the unprecedented communications blackout that has deprived innocent Kashmiris the ability to contact their loved ones, or even obtain basic healthcare facilities.

Challenging the Indian Prime Minister Narendra Modi, Dr. Firdous said, “I challenge you (Modi) to lift the curfew in occupied Kashmir for one hour, and see the number of Kashmiris that pour out on the streets to protest against you.”

The Special Advisor to the Prime Minister said that the Narendra Modi-led government has turned Indian-occupied Kashmir into a prison, and the fundamental rights of the Kashmiri people have been stripped away.”

Dr. Awan said that Prime Minister Imran Khan will fight the case of the Kashmiris during his address at the United Nations General Assembly, scheduled to take place on 27th September. Dr. Firdous said, “

Imran Khan will not stay silent, and he will take every step needed to put an end to the human rights abuses in occupied Kashmir.”

She said that the two nuclear-armed neighbors Pakistan and India have come to a standoff on the issue of Kashmir, and the international community must intervene and play its role in defusing tensions. She said, “Kashmir is the first line of defense for Pakistan, and the day of Kashmir’s freedom from India is not far.”

She said that Pakistan would continue to provide diplomatic, political and moral support to the people of occupied Kashmir. Dr. Firdous paid tribute to the women who gathered in Islamabad’s D-Chowk to express solidarity with the people of Kashmir, who have been suffering under unprecedented security lockdown for the past 40 days.

Dr. Firdous said that the Indian Prime Minister Narendra Modi is a coward, and he cannot defeat a nation that is empowered with a strong sense of self-belief. She said, “When the Pakistan nation will stand united, it will send a strong message to the international community. Pakistan will not tolerate the abuse of women that is rampantly increasing across India.”

She observed that Indian media is circulating the negative remarks and damaging comments made by opposition leaders. Dr. Firdous said that this behavior by the opposition is damaging the case of Kashmir, because the world is not looking at one political party, but the entire Pakistani nation.

Women solidarity rallies in solidarity with occupied Kashmir were carried out in multiple cities across the country. Scores of women came out in Lahore, Karachi, Gujranwala, Sargodha and other cities.

In Toba Tek Singh, a women rally was organized in solidarity with the people of occupied Kashmir at the Government Degree College of Kamalia.

‘It looks like new:’ Mumbai slums get colourful makeover