Kashmiris stay firm against Indian oppression and seem not to be backing down against Indian brutalities. According to sources 500 protests have broken out and several hundred injured since Indian occupation began. 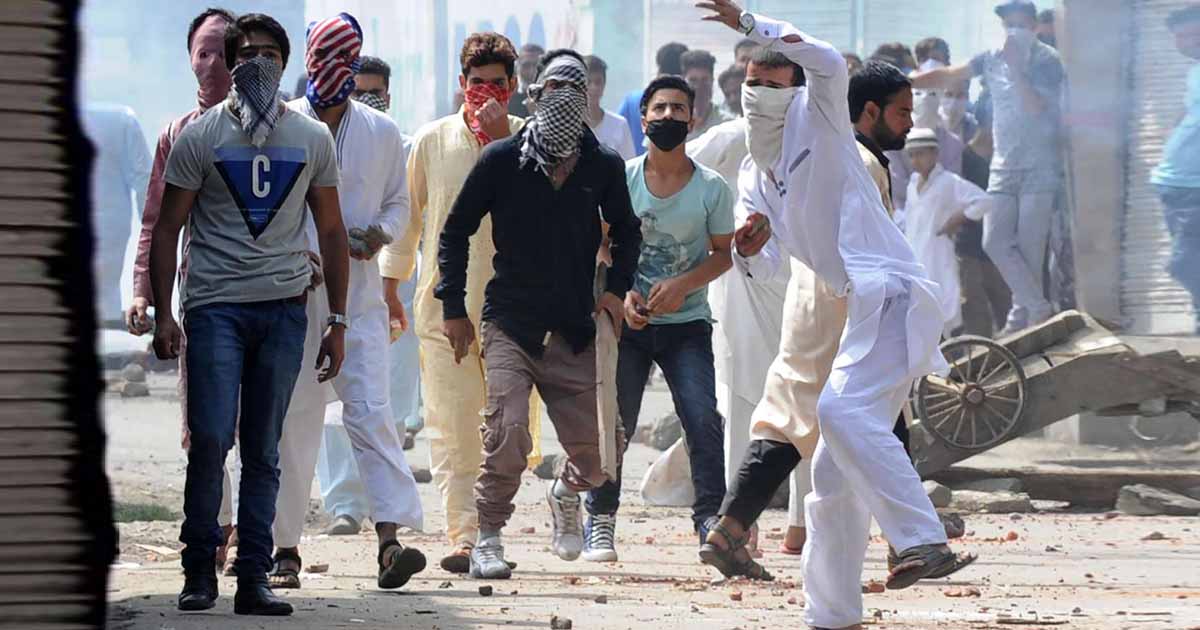 At least 500 incidents of protest have broken out in Indian Kashmir since New Delhi stripped the region of its autonomy and imposed a military clampdown more than three weeks ago, a senior government source told AFP Wednesday.

The Himalayan valley is under a strict lockdown, imposed hours before India’s decision to bring Kashmir under its direct rule. Movement is restricted and phone and internet services have been cut.

Strongly Protest against the Indian Terrorism in Kashmir #BlockAirRoutesForIndia pic.twitter.com/KO4kgj4q8V

The lockdown, as well as the deployment of tens of thousands of extra troops to reinforce the 500,000 based in Kashmir, was ordered amid fears of unrest in a region where an armed rebellion against Indian rule has been waged since 1989.

But protests have broken out, including in the main city of Srinagar, with police using pellet guns and tear gas to disperse the crowds.

A senior government source told reporters at least 500 protests and incidents of stone-throwing have occurred since August 5, with more than half taking place in Srinagar.

At least 4,000 people have been detained across the valley, including businessmen, academics, activists and local politicians

Nearly 100 civilians have been injured so far, with a further 300 police and more than 100 paramilitary troopers hurt, the official added.

“The number of protests could be much higher and bigger without the blockade in force,” the official told the news media outlet, adding that “anger and public defiance is constantly rising”.

“Efforts for easing the conditions are made all the time but nothing seems to be working for now. There is nervousness spreading in the security establishment.”

.@nytimes has been covering #Kashmir and #KashmirProtests — didn't see these images before. pic.twitter.com/t2XsyNKUV0

He added that the communications blackout meant even security forces were struggling to obtain information about rural areas.

Meanwhile, residents are refusing to resume their normal lives in an act of defiance, a reporter in Srinagar said.

While authorities have re-opened schools, students have stayed away. Told to keep open all day or “don’t open at all”, some shops have remained shut.

At least 4,000 people have been detained across the valley, security and government sources told last week, including businessmen, academics, activists and local politicians, with a few released since then.

A separate senior government official told Wednesday that at least 1,350 protesters – described by police as “stone-pelters” – have been arrested since August 5.

Despite a draconian curfew, Kashmiris of Indian-occupied Kashmir have taken out massive anti-India protest rallies.

Kashmiris will never surrender. The only peaceful solution to this dispute is self-determination for Kashmiris.#FreeKashmir pic.twitter.com/rWDGht9jwz

The detentions came as the Supreme Court on Wednesday gave the government one week to respond to a legal challenge calling for the communications blackout to be ended to allow for media reporting.

The court also said several petitions challenging the removal of the constitutional clause on Kashmir’s autonomy would be heard in October.

Why the world should take India’s surgical strike hysteria seriously?